Jammu is one of the largest cities of Jammu and Kashmir. The winter capital of the state is also known as Jammu Tawi and the City of Temples. Formerly known as Duggardesh, it is one of the three administrative divisions of Jammu and Kashmir, the other two being Kashmir and Ladakh. The terrain is hilly and mountainous. The Pir Panjal Range separates it from the Kashmir Valley and the Himalayas in the east. Jammu is the main economic center of the area.

Jammu serves as the gateway to one of the popular pilgrimages in India, the Vaishno Devi shrine, which is about 64 km from Jammu. There are several other temples like Raghunath Temple and Ranbireshwar Temple are situated around it. ALSO SEE 5 Reasons to Visit Dras in Jammu and Kashmir This Summer 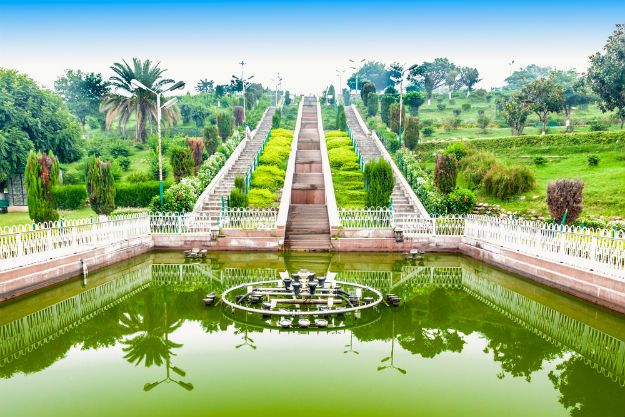 Jammu marks the change between dusty plains of Punjab in the south and Himalayas  in the north. Historians believe that Jammu was founded by Raja Jambu Lochan in 14th century BC. According to a legend, during a hunting trip,  the king was amazed to see a goat and a lion drinking water from the Tawi River.

He ordered the construction of a palace at that very place and the city was built around it. At the time, the city was known as Jambu which later became Jammu later. It finds mention even in the Mahabharata. Excavation in Akhnoor, 32 km from Jammu, has revealed that Jammu was part of the Indus valley civilization. The area of Jammu has witnessed many changes throughout  history due to invasions by the Mughals and the Sikhs before it came under the British. After the Partition, Hari Singh, the ruler of Jammu and Kashmir, joined India.

BEST PLACES TO STAY IN JAMMU

There are several accommodation options in Jammu. Upper Gumat Bazar and Chand Nagar provide budget options whereas Vir Marg has many mid-range hotels and the Residency Road has a few luxury hotels. Guest houses and homestays are good options too.

BEST PLACES TO EAT IN JAMMU

Residency Road and Vir Marg offer several options for fast food. Eateries specializing in Chinese cuisine can be found near Nehru Park. Other eating options include garden cafes, bakeries and the many inexpensive restaurants that dot the city.

Most hotels have their own restaurants that serve Kashmiri, Indian and Continental cuisine. Sund panjeeri and patisa are a few dishes you much try.

The average minimum and maximum temperature of Jammu is as given below. The best time to visit Jammu is also specified.


Place to visit in JAMMU

All Religious Palaces
View all places to visit in JAMMU

THINGS TO DO IN JAMMU

All Shopping Events
View all things to do in JAMMU

View all articles about JAMMU

Things to Do in jammu