With exquisite examples of Rajput architecture and a prominent pearl fishing center, Jamnagar is Gujarat‘s lesser-known gems. Built around the Lakhota Lake, the city was the capital of the former state of Nawanagar, founded by Jam Raval in 1540 AD near the point where the Nagamati River and the Rangmati River meet. It was later rechristened as Jamnagar.

Jamnagar underwent a transformation when the then ruler in consultation with Sir Edward Lutyens, the architect of New Delhi, planned to modernize it. The new plans were based on modern design elements like axial road, entrance gates, parks, gardens and residential plots. Until recently manufacturing brass utensils was the biggest profession in Jamnagar and was therefore called the Brass City of India. However the city is booming today not because of the metal but rather the huge oil refinery owned by Reliance Petroleum. 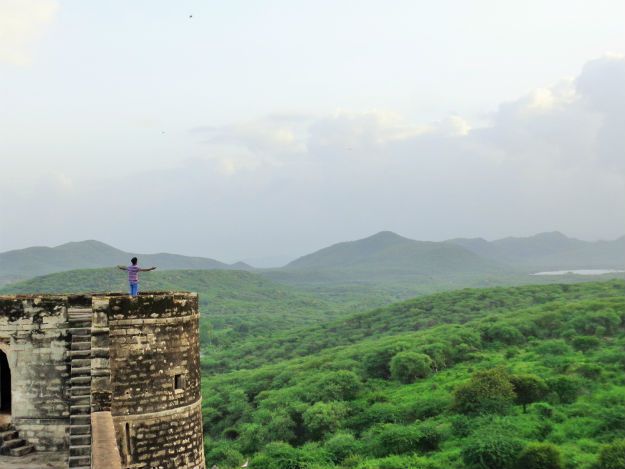 According to a legend, the region where the city is situated now was the place where Lord Krishna used to live after he moved out of Mathura.

Darbargadh Palace and Pratap Vilas Palace are fine examples of Rajput style of architecture. The city has rich culture and has many remnants of the past preserved in the form of forts and palaces that have been maintained even today. The Lakhota Palace and Museum along with Bhujio Khoto are some more places you must visit.

BEST PLACES TO STAY IN JAMNAGAR

Accommodation options are aplenty ranging from budget to mid-range hotels. The budget hotels are clustered near the rail-head and on Reliance Road. Mid-range hotels can be found all across the city. Okha Road and Indira Marg have a good number of mid-range hotels.

BEST PLACES  TO EAT IN JAMNAGAR

Gujarat is a paradise for vegetarians. Restaurants mostly serve authentic Gujarati cuisine which is predominantly vegetarian. However, there are selective restaurants in the city that serve non-vegetarian food. There are fast food joints and a few restaurants that serve continental, north Indian, Punjabi and south Indian cuisine. Restaurants along Hapa Road, Bhidbhanjan Road and Arya Samaj Road are recommended.

The average minimum and maximum temperature of Jamnagar is as given below. The best time to visit Jamnagar is also specified.

Place to visit in JAMNAGAR

All Historical Palaces
View all places to visit in JAMNAGAR

THINGS TO DO IN JAMNAGAR

All Shopping
View all things to do in JAMNAGAR

View all articles about JAMNAGAR

Things to Do in jamnagar