The ancient city of Junagadh is a famous tourism and pilgrimage center in Gujarat and was once the capital of the Nawabs of Junagadh. About 105 km east of Porbandar in Saurashtra peninsula, Junagadh literally means ‘old fort’. It is also known as Sorath (the name of a princely state).

Located at the foothills of the Girnar range, Junagadh is the seventh largest city in Gujarat. The city has an interesting mix of Buddhist monuments, mosques, Hindu temples, elaborate mansions and Gothic archways. Junagadh was ruled by the Babi Nawabs from 1748 AD till India’s independence. ALSO SEE Did you know of this African tribe settled in India? 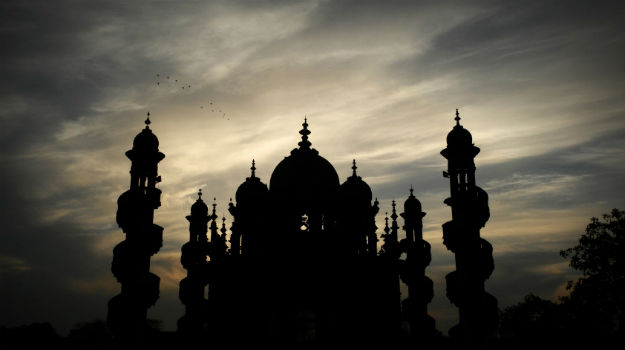 While the ruler wanted to merged his kingdom with Pakistan, the overwhelming majority of his subjects wanted to become a part of India. Junagadh was forcibly merged with India through police action and the last Nawab fled to Pakistan.

It has been home to several Gujarati saints and poets. The most prominent being the 15th century poet saint, Narsinh Mehta. Junagadh has been strategically important since the Mauryan times. The Uparkot or the Upper Fort was built by Chandragupta in 319 BC. The Nawabs built several beautiful buildings which still stand today. CHECK OUT

The Mahabat Maqbara and the Bahauddin Maqbara are spectacular structures, a must visit. Other places of interest in the city are Ashoka Rock Edict, Darbar Hall Museum, Ayurvedic museum and the Sakkarbaug Zoo. Apart from the wonders from the past, you can visit the  Gir National Park to watch Asiatic Lions in their natural habitat, relax at the Veraval beach and stop by the Somnath Temple.

BEST PLACES TO STAY IN JUNAGADH

There are many accommodation options in Junagadh ranging from budget and mid-range hotels. Budget hotels are scattered all around the city with the most affordable hotels on Zanzarda Road and Alkapuri Road. There are a few mid-range hotels near the city center, on MG Road and on Jayshree Road.

BEST PLACES TO EAT IN JUNAGADH

The average minimum and maximum temperature of Junagadh is as given below. The best time to visit Junagadh is also specified.

Place to visit in JUNAGADH

THINGS TO DO IN JUNAGADH

All Events
View all things to do in JUNAGADH

View all articles about JUNAGADH

Things to Do in junagadh