A part of Bhutan until it was wrested by colonial British and joined to the Indian Territory, the hill station of Kalimpong boasts of ancient Buddhist monasteries, quaint old churches and popular temples. Situated on the lower ranges of the Himalayas, Kalimpong offers panoramic vistas of the Teesta Rangit Valley in Sikkim.

Kalimpong is situated on the northern edge of West Bengal in East India and is about 53 km from the hill station of Darjeeling. The town was added to the district of Darjeeling in 1866. In 1866–1867 an Anglo-Bhutanese commission demarcated the common boundaries between the two, thereby giving shape to the Kalimpong subdivision and the Darjeeling district. 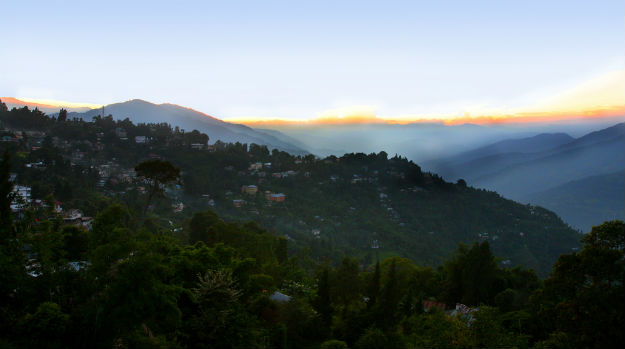 Its proximity to Nathu La and Jelep La, offshoots of the ancient Silk Road, was an added advantage and it soon became an important trading outpost in the trade of fur, wool and food grains between India and Tibet. The increase in commerce attracted large numbers of migrants from Nepal, leading to an increase in population and economic prosperity.

Following the Indian independence in 1947, the hill station became a part of West Bengal. Kalimpong used to be a gateway in the trade between Tibet and India prior to China’s annexation of Tibet and the Sino-Indian War. The Indian Army’s 27 Mountain Division is located on the outskirts of the town. ALSO SEE Top 15 hill stations in India that’ll remind you of your summer vacations

BEST PLACES TO STAY IN KALIMPONG

Advance booking helps ensure a smooth stay. Basic accommodation starts at Rs 200 and goes up to Rs 400 depending on the hotel and services availed. Mid-range rooms are available for Rs 900 and above. There are no luxury hotels in Kalimpong.

BEST PLACES TO EAT IN KALIMPONG

There are a large number of restaurants which offer a wide variety of cuisines, ranging from Indian to Continental. Tea is the most popular beverage in the town, procured from the famed Darjeeling tea gardens.

The best place for Chinese food is China Garden, tucked in near the main bus stop. Hit the place before 8 pm because this city shuts down early. For the best momos, hit Gompu’s; you can also get a inexpensive lunch or dinner at this place. Kalimpong produces the only aged cheese made in India. It has the texture of a hard European cheese and has a mild almost Parmesan-like flavor.


Place to visit in KALIMPONG

All Bazaar
View all places to visit in KALIMPONG

THINGS TO DO IN KALIMPONG

All Shopping Recreation Events
View all things to do in KALIMPONG

View all articles about KALIMPONG

Things to Do in kalimpong