Khandala, along with its twin town Lonavala, is known for its natural beauty and pleasant climate. Located conveniently between Mumbai (107 km) and Pune (63 km) in Maharashtra, Khandala stands at 550 m above sea level. 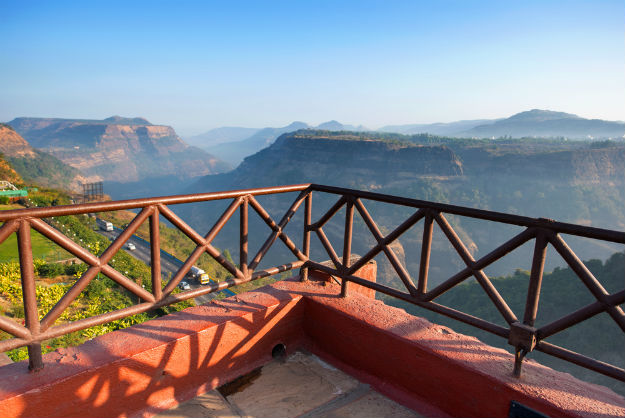 Several forts including Lohagad, Tunga and Tikona were important battle stations during Shivaji’s reign and fell into the Mughal hands under Treaty of Purandar. Lord Elphinstone, the Governor of Bombay Presidency in 1871, is credited with the discovery of Lonavala and Khandala. ALSO SEE 5 Reasons Why You Must Visit Lonavala No Matter What People Say

BEST PLACES TO STAY IN KHANDALA

Duke’s Retreat is one of the most popular resorts in Khandala, though most tourists prefer to stay in the neighboring Lonavala, which has a lot more accommodation and eating out options. AC rooms are not necessary. Budget, mid-range and luxury hotels along with resorts are available for a peaceful stay in Khandala.

BEST PLACES TO EAT IN KHANDALA

Vada Pav and freshly roasted corn are a specialty of the hill resort. Duchess and Panorama, that serve mouthwatering Maharashtrian, Gujarati, North Indian, Continental as well as Chinese dishes, are two of the restaurants worth trying out here.

The average minimum and maximum temperature of Khandala is as given below. The best time to visit Khandala is also specified.


Place to visit in KHANDALA

All Nature Historical
View all places to visit in KHANDALA

THINGS TO DO IN KHANDALA

All Shopping Adventure
View all things to do in KHANDALA

View all articles about KHANDALA

Things to Do in khandala