One of the three popular hill stations in the Nilgiris besides Ooty (29 km), Coonoor (18 km), Kotagiri is your quintessential plantation. Situated at an elevation of 5,882 ft, the hill station is located in the Nilgiris district of Tamil Nadu. The name Kotagiri means ‘mountains of the Kotas’ (the Nilgiri hills have been the traditional home of the Kota Tribe).

Kotagiri’s importance fell when the ghat road from Mettupalayam at the foothills of Coonoor was built. Before the ghat road was built, every traveler going to Ooty had to pass through Kotagiri. Surrounded by tea estates and beautiful green landscapes, Kotagiri offers plenty of opportunities for trekking and rock climbing. Besides trekking, there is not much to do in Kotagiri except take leisurely strolls through the tea plantations, watch the workers pluck tea leaves and soak in the cool climate of the region. Needless to say, a visit to one of the tea factories that cater to international markets is a must. 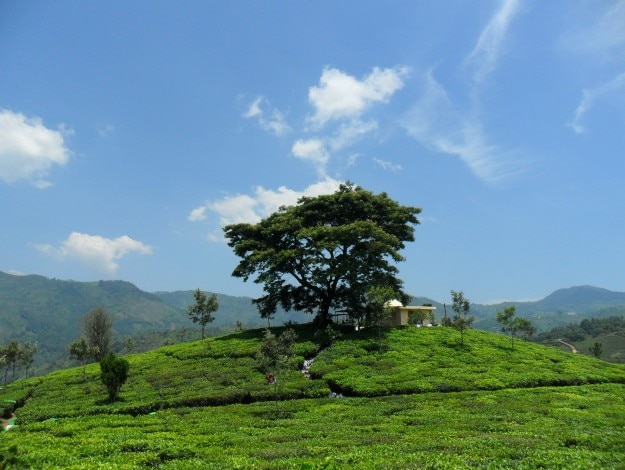 The most popular trekking trails in Kotagiri are towards Kodanad, Catherine Falls and Longwood Shola. The trail leading to Kodanad goes through a meadow, tea estates and the Moyar River. The major attractions near Kotagiri include the Catherine Falls, Elk Falls, Doddabetta Range and the Rangaswami Pillar. Kodanad Point offers spectacular views of the surrounding hills and valleys.

The best time to visit Kotagiri is during October. Unlike in Ooty and Coonoor, the weather in Kotagiri is far more pleasant. It was earlier known as Kotakeri and Kotagheri which means ‘street of the Kotas’. In 1911, the government acquired the region and the Kotas were shifted to Aggal hamlet about two km away. ALSO SEE How to Reach Catherine Falls in Kotagiri by Road, Train and Flight

The region was discovered by two civil servants of the Madras government in pursuit of outlaws. They reported that there is a region beyond the pass in the hills after the village of Kil Kotagiri which has climate similar to a European country. They called the region ‘Kotacherry’.

John Sullivan, the then collector of Coimbatore, visited Kotagiri and was so drawn to the place that he built a home here making him the first European to reside in Kotagiri.

BEST PLACES TO STAY IN KOTAGIRI

BEST PLACES TO EAT IN KOTAGIRI

Most of the restaurants are located at or near Johnston Square and Donington Road. Resorts and hotels also run their in-house kitchens.


Place to visit in KOTAGIRI

All Waterfalls
View all places to visit in KOTAGIRI

THINGS TO DO IN KOTAGIRI

All Adventure Events
View all things to do in KOTAGIRI

View all articles about KOTAGIRI

Things to Do in kotagiri