Located in the beautiful state of Maharashtra, Nagpur is not your usual tourist attraction. It is, however, one of the most prominent cities of India as it serves as Maharashtra’s winter capital. It is popular for its oranges which have earned it the sobriquet of the “Orange city” of India. Located right at the center of the Indian peninsula, Nagpur happens to be Maharashtra’s third largest city after Mumbai and Pune. It serves as the base to visit two of India’s finest wildlife sanctuaries – Tadoba National Park and Pench National Park. 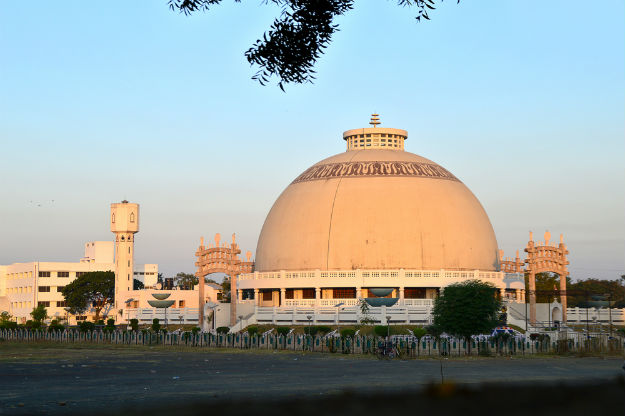 Nagpur has an intriguing history that marks its lifetime from its foundation in 1703 by the Gond King Bakht Buland Singh of Deogarh to its current status as Maharashtra’s second capital. It was also ruled by the Marathas during the Bhonsale dynasty followed by the British rule in the 19th century. It is home to the humongous Nagardhan Fort and the amazing Deekshabhoomi, the largest hollow Buddhist stupa in the world. The VCA stadium in Nagpur has hosted some of the most enthralling cricket matches and continues to be a popular cricket venue. Nagpur is also close to the Sevagram ashram which is where Gandhiji lived for several years and brought his philosophies to life.

The average minimum and maximum temperature of Nagpur is as given below. The best time to visit Nagpur is also specified.


Place to visit in NAGPUR

All Historical Religious Wildlife
View all places to visit in NAGPUR

View all articles about NAGPUR