Pune, located 118 km from Mumbai at the convergence of two rivers (Mula and Mutha), is known as the cultural capital of Maharashtra. Retaining its historic past and embracing modernity at the same time, the city has come a long way from being a ‘pensioners’ paradise’. Often called the Oxford of the East thanks to the presence of several reputed educational institutions, Pune is also home to the National Defence Academy, the elite training school for the armed forces as well as the Armed Forces Medical College, Film and Television Institute of India and the Symbiosis Educational Society as well as the University of Pune (now renamed Savitribai Phule Pune University).

A charming mix of the traditional and contemporary, Pune has several tourist attractions. From the Aga Khan Palace with its Italian arches, salons, suites and spacious lawns where Kasturba Gandhi spent the last years of her life to the Shaniwar Wada, the iconic monument of the Maratha Empire, Pune is a history student’s paradise. Being one of the capitals of the Maratha Empire, Pune’s rich history is reflected in its several wadas (or large houses) and temples like the ones at Saras Baug and atop Parvati Hills. () 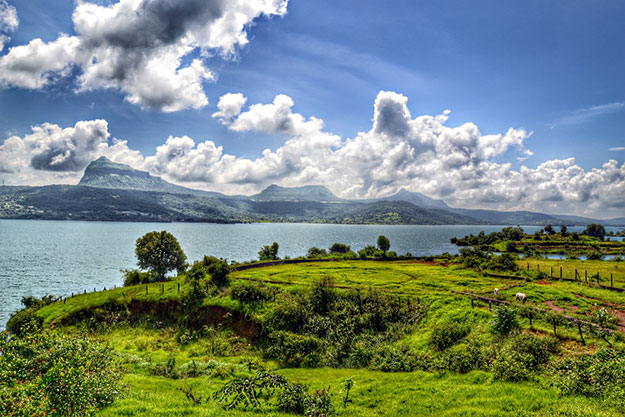 The Lal Deval or the Jewish synagogue and the several churches that dot the city as well as the Parsi agiary are just one of the many things that reflect Pune’s cosmopolitan nature. Pune is also home to the Osho International Meditation Ashram as well as the headquarters of the Iyengar Yoga Institute. Famous for adventure activities like camping, rappelling, lake crossing, paragliding and jungle trekking, Pune sees many adventure junkies flocking the city at all times. The Paragliding School and Flying club that functions from October to June barring the monsoon season, is located merely an hours drive from Pune. The Gliding Center in Pune allows you to experience the flight of a birs and gives you an aerial view of Pune at the nominal cost of. With horse riding and bird watching being the icing on the cake, Pune is the place to be for all those looking for an adrenaline rush.(ALSO SEE Top 5 totally chilled-out places to hangout in Pune!) 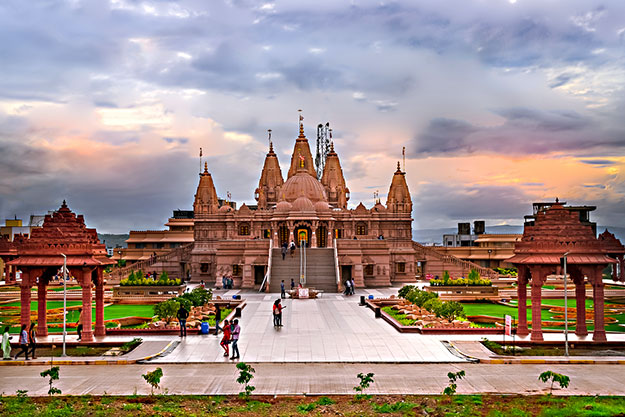 Festivals in the city are celebrated with great fervor with the Ganesha Chaturthi and the Pune Festival being the highlights. During the Ganesha Chaturthi celebrations, the city remains completely blocked for over 10 days with more than 2,000 Ganesha mandals pretty much taking over Pune with their celebrations. The NH7 music festival that sees musicians from all over the world visit the city to perform live for thousands of adoring fans is the newest addition to the city’s culture map. While in Pune, make sure to pick up Laxminarayan’s ‘Best Chiwda’, available at most supermarkets and grocery stories as well as Chitale’s Bakarwadi and mango barfi that are the talk of the town. If Pune’s bustle gets to you, head out to the nearby Lonavala, Rajmachi, Mahabaleshwar, Panchgani, Kashid and Phansad that offer a respite from the hectic city life as well as numerous opportunities for adventure sports.

BEST PLACES TO STAY IN PUNE

Pune has hotels that will suit every budget — from Taj Vivanta and the Hyatt to the mid-range Ginger and all the way down to local dormitories. Make sure you book yourself as close to the city center as possible since peak time traffic can tend to get very bad.

BEST PLACES TO EAT IN PUNE

From local Maharashtrian street food like vada pav, misal pav, bhel and bhajjis to the most sophisticated continental food, Pune has it all on offer. But while in Pune make sure to try a typical Pune meal that consists of bhakri-pitla pickles and vegetables. Special foods like soonth panak, puran poli, coconut potali, karanji and chakli are favorites of Maharashtrians during festivals. Mastani, a thick milkshake with dry fruits, and Modak are also the city’s specialty.

The average minimum and maximum temperature of Pune is as given below. The best time to visit Pune is also specified.


Place to visit in PUNE

THINGS TO DO IN PUNE

All Relaxation Shopping Events
View all things to do in PUNE

View all articles about PUNE

Things to Do in pune