Situated on the Pamban Island, Rameswaram in Tamil Nadu is a major Hindu pilgrimage famous for its history and temples and is home to one of the 12 jyotirlingas, the Ramanathswamy Temple. Rameswaram is situated on a small island in the Gulf of Mannar and is connected to the mainland by road and railway bridges. The Ramanathaswamy Temple is about the most important landmark here at Rameswaram, besides the house of the late president APJ Abdul Kalam. The temple boasts of having the longest corridor in Asia and is second only to Kashi Vishwanath temple. Rameswaram also finds mention in the Ramayana and is believed to be the place from where Rams built a bridge to Sri Lanka to rescue Sita from her abductor, Ravana.

Rameswaram, along with Dwarka, Puri and Badrinath, forms the pious four destinations of the Chaar Dhaam pilgrimage. The town became the first port of arrival for thousands of Tamils fleeing Sri Lanka at the height of civil war in the island nation. Beaches located near Rameswaram are ideal to unwind. Dhanushkodi, where Bay of Bengal meets the Indian Ocean, offers magnificent seascapes. Locals call Bay of Bengal as Penn Kadal or the female sea and the Indian Ocean as the Aaan Kadal or the male sea.

Jeeps and four-wheel drives operated by locals are the only option to visit the land’s end. If interested, jump on a boat to view the splendid corals. However, do inspect the condition of the boats before taking a ride.

ALSO READ Why you must go to Rameswaram: The hometown of late APJ Abdul Kalam

India’s 11th president and eminent scientist Dr A P J Abdul Kalam was born in Rameswaram and had his early education here. Rameswaram is an important fishing center of Tamil Nadu. The town is famous for its dry fish.

BEST PLACES TO STAY IN RAMESWARAM

There are several accommodation options in Rameswaram. One can find many budget and mid-range hotels. Most of the hotels are located near the temples. One can also opt to stay at Hotel Tamil Nadu run by the state tourism department. Other than these, there are four government guest houses.

BEST PLACES TO EAT IN RAMESWARAM

There are many multi-cuisine restaurants in Rameswaram. Most of the restaurants pre-dominantly serve South Indian cuisine. One can also opt to eat good food at reasonable prices at the Marwadi Bhojanalaya which is one of the subsidized restaurants run for charity.


Place to visit in RAMESWARAM

THINGS TO DO IN RAMESWARAM

All Shopping
View all things to do in RAMESWARAM

View all articles about RAMESWARAM 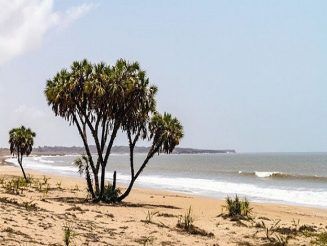 Things to Do in rameswaram