The smallest of the three high altitude alpine lakes in THE Ladakh region of Jammu and Kashmir, Tso Kar Lake is situated in the Rupshu Valley at an elevation of over 14,700 ft. It is also known as the White Lake because of the amount of salts that get deposited on the banks of the lake. It is spread across 10 sq km and lies 250 km southeast of Leh, 50 km from Tso Moriri Lake which is the highest brackish water lake in India.

A trip to the three lakes, Tso Kar, Tso Moriri and Pangong is popular activity among travelers.

The lake is also popular among bird watchers as the marshlands surrounding the lake is home to several rare species of birds. The common birds that are seen are Brahmni ducks, bar headed geese and great crested grebe. The main attraction, however, is the black necked crane. The black necked cranes, known for their fidelity, come to Tso Kar to lay eggs. The sight of the bird, with a wingspan of almost eight ft, taking off is an amazing sight to witness against the backdrop of green plains and the snow covered mountains.

Tso Kar also sustains other wildlife. The most common mammals here are the Kiangs (the largest wild ass). The mammal cannot be tamed and lives in large groups.

The Tibetan gazelle, Tibetan wolf and steppe marmot are some other animals you can spot in the area.

Though not as famous as the other two lakes, the lake is peaceful and quiet. Nomads that inhabit the nearby regions make a living from collecting the salt from the banks of the lake and selling it to surrounding regions.

Tso Kar has the option of night camping although the number of tents isn’t big. It would be better to book accommodation in Leh due to the rough weather. The campsite is on the west end of the lake near the Manali-Leh road about three km from the lake.

Accommodation options are easily available at Leh. There are a number of budget and mid-range hotels to suit your preference.

Options for food are available at the campsite, yet limited. The food there is very basic and there are no other shops or stalls so carry some snacks along. 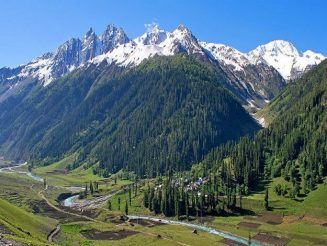