The daughter and mother of the deceased man did not even have enough money to conduct the last rites.

Noida: As a large population is losing lives due to the coronavirus pandemic across the country, their families are often finding it a challenge to cremate their bodies properly. Due to the fear of the virus, sometimes even their relatives are reluctant to perform the last rites.Also Read - Fire At ATM Kiosk Engulfs Multi-Storey Building In Crowded Bhangel Area Of Noida: Video

On Tuesday, such a case came to light in Noida where a 52-year-old man, who lived in Sector-19 under the Sector-20 police station area, died of Covid-19 at home but his body was not being transported to the crematorium. The body was lying in the house for several hours. Also Read - Noida Vlogger Who Took Pet Dog to Kedarnath Writes to PM Modi, Says His Family Has Been Receiving Threats 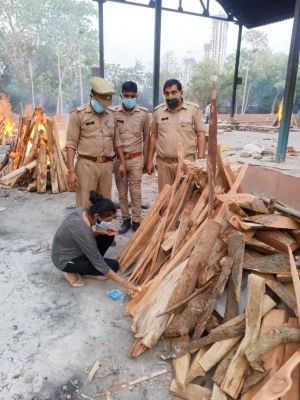 When the Noida police came to know about it, Sector-19 police post in-charge, Hari Singh, along with other policemen reached the spot after which the man’s body was carried to the crematorium. 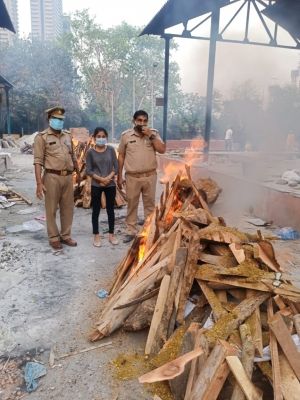 The daughter and mother of the deceased man did not even have enough money to conduct the last rites so the police arranged logs for the funeral pyre after which the daughter lit the flame.