"Action will be taken against those banks and civic bodies which found to be closed on this day," the order read.

New Delhi: All banks and their branches to remain open in Lucknow on Sunday to complete the targets under PM Street Vendor’s AtmaNirbhar Nidhi (PM SVANidhi) Scheme. As per the District Magistrate’s order, only work related to the scheme will be done on Sunday.Also Read - UP Assembly Polls 2022: BJP Ally Apna Dal (S) Fields 1st Candidate, A Muslim, From Home Turf of Samajwadi Party’s Azam Khan

“Action will be taken against those banks and civic bodies which found to be closed on this day,” the order read. Also Read - Election Commission’s Ban On Rallies Extended Till January 31 With Relaxations For Phase 1 And 2 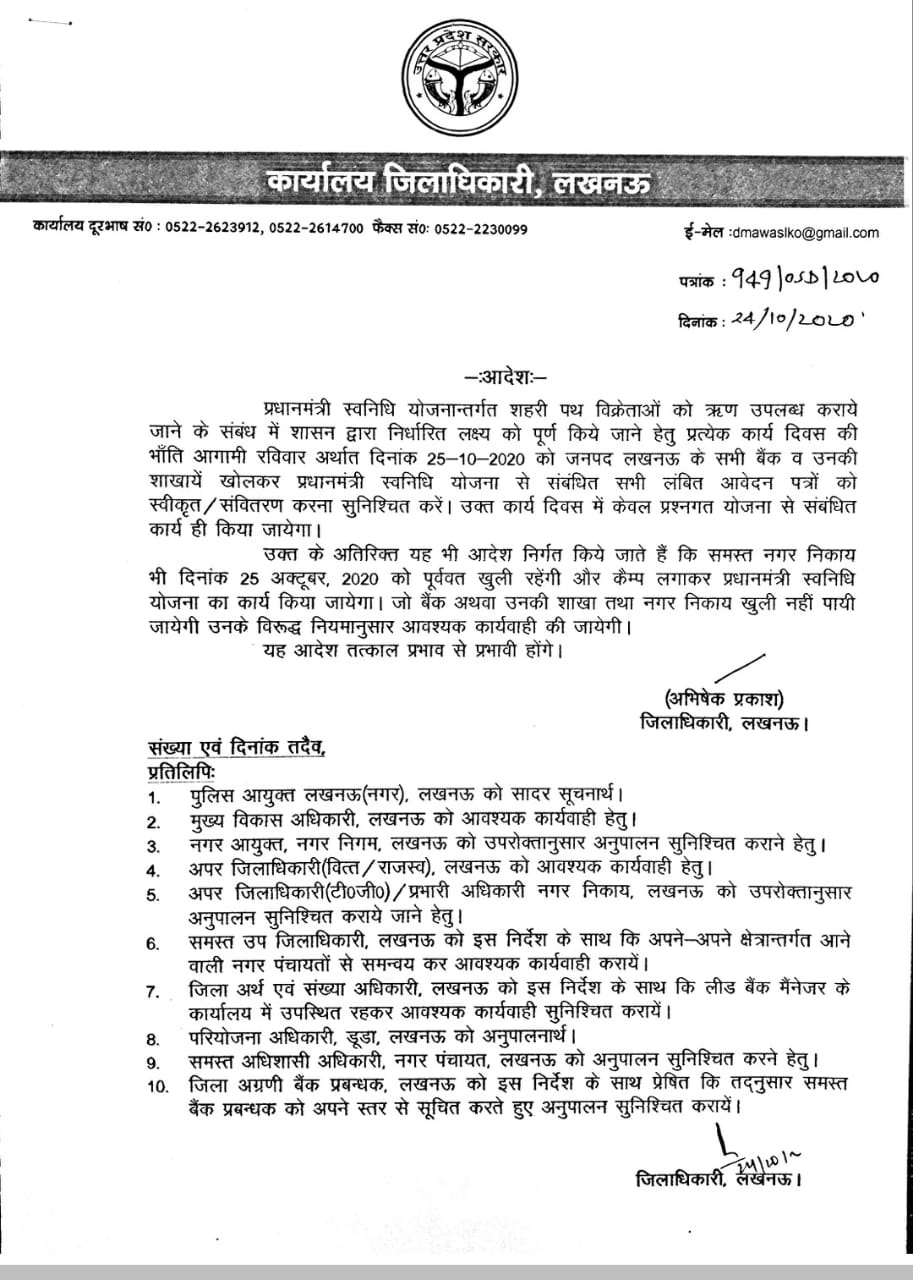 Earlier in June, the Centre had launched PM SVANidhi Scheme to facilitate collateral-free working capital loan up to Rs 10,000 of one-year tenure, to approximately, 50 lakh street vendors, to resume their businesses.

Incentives in the form of interest subsidy (at 7 per cent per annum) and cashback (up to Rs 1,200 per annum) are being provided to promote good repayment behaviour and digital transactions respectively.

The interest subsidy effectively works out to 30 per cent of the entire interest burden for a loan of Rs 10,000 at 24 per cent annual interest.