10 Forms of Shakti that are worshipped during Navratri

Are you aware of all these forms?

Navratri is here and along with all the Dandiya, Garba and pujas, it’s also time for a lot of learning. The 9 days of Navratri each have their own significance and each signifies something beautiful. But then, you were aware that there are 9 days of Navratri, did you also know that each region of India has their own Goddess they worship during Navratri? Each of these Goddesses are forms of Shakti and there are 9 such Goddesses in all! Amazing, isn’t it? Here are the names of all those 9 Goddesses and the regions they belong to:Also Read - West Bengal: Mamata Govt Decides To Lift Night Curfew From These Districts For Two Days

This is the most famous and well-known form of Shakti. Durga or Maa Durga as she is called is the presiding deity of West Bengal and she is known as the purest form of Shakti. She is the one who slay the demon Mahisasura and her power knows no bounds. Maa Durga was born when Brahma, Vishnu and Shankar were all three troubled by the atrocities of Mahishasura and even their combined powers could nothing to stop him. It was at this crucial juncture that Durga is said to have been born from the anger and helplessness of these three Gods along with the anger from many other demi-Gods fighting the battle against the demons. Also Read - Kolkata Restaurants Run Out of Food After 'Revenge Dining' During Durga Puja; Close Eateries Before Time 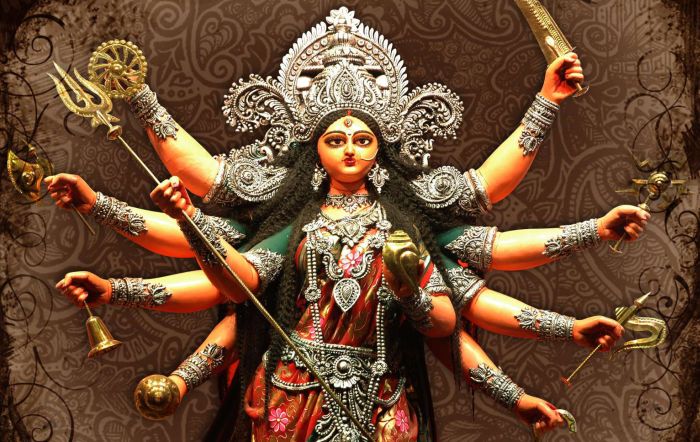 Bhadrakali is the second form of Shakti and is revered mainly in South India. She is a form of Kali but instead of being ruled by anger, Bhadrakali is known for her generosity and her helpful nature. She is the Dr. Jeykll version of Jeykll and Hyde. There are many versions of her birth but the most popular version is that she arose from Shiva and hence, like Shiva is dark in colour and has three eyes. She also has flames flowing from her head. The traditional martial arts form of Kalaripattayu is believed to have commenced through her tutelage and she protects the art form even today. 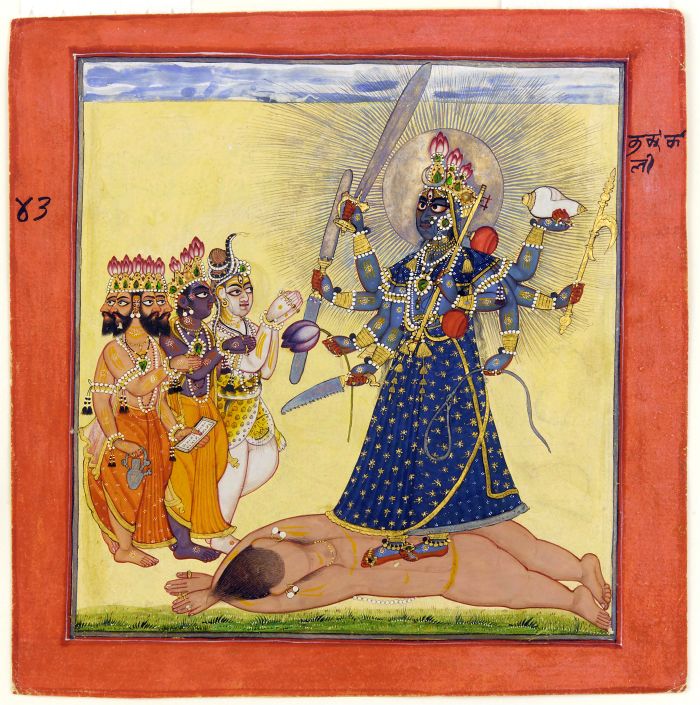 Mata Amba, also known as Jagdamba is considered to be the mother of the universe. She is primarily worshipped in Gujarat and some other western parts of India. A form of Shakti, she is just another name for Durga. In Maharashtra, she is worshipped as Ambabai and is said to be the Goddess who inspired Shivaji. Amba is just another name for Durga and she is the slayer of the demon mahishasur according to the western regions of the country. 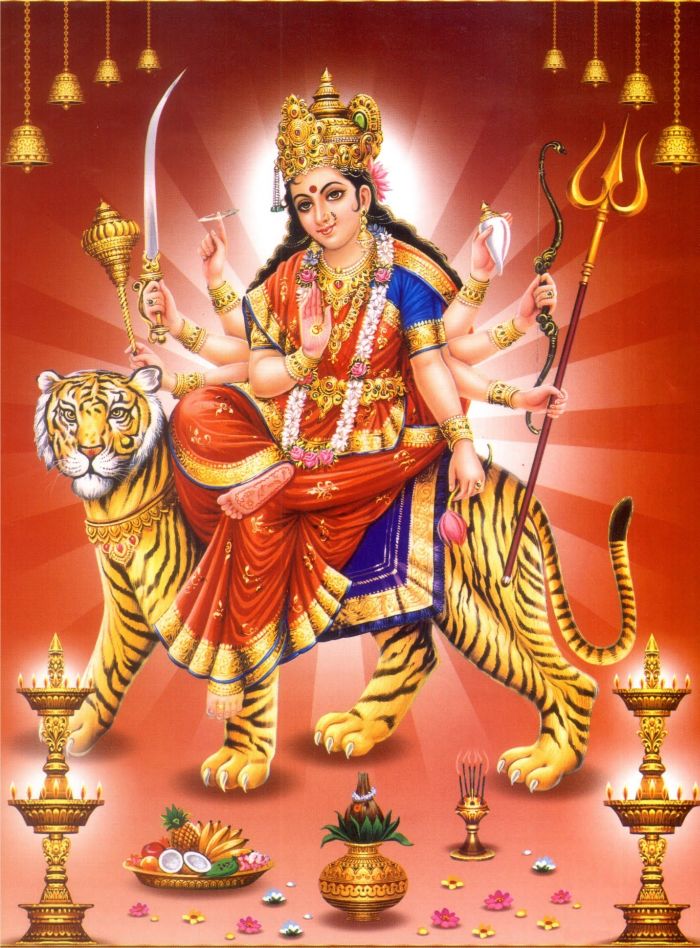 [Read More: Why is the soil from outside a prostitute’s home used during Durga Puja?] 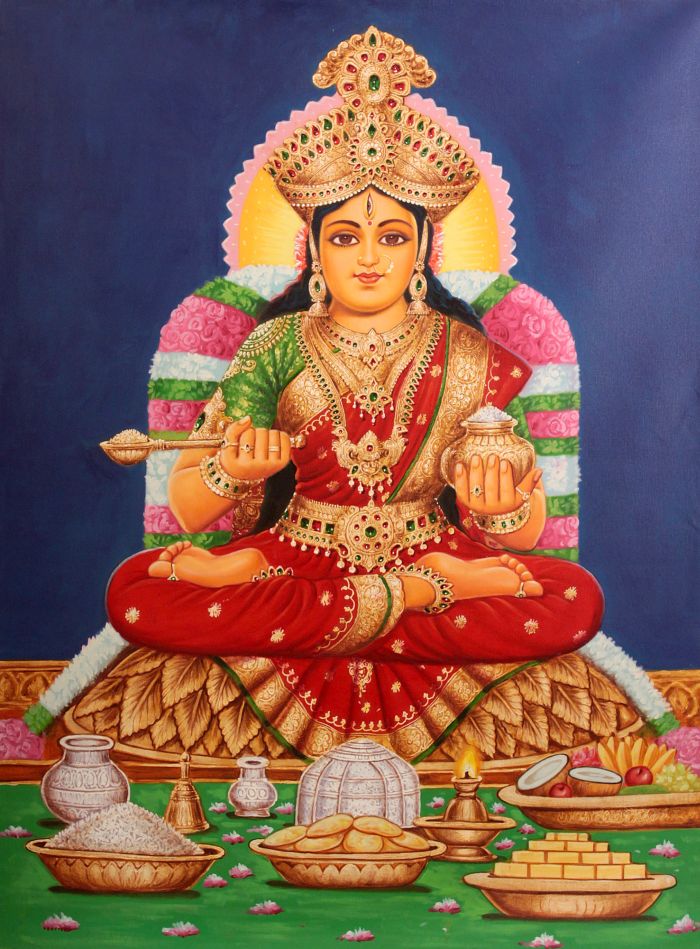 Sarvamangala Devi or Goddess is the Goddess who blesses all and prays for the benefits of all. She is kind and spreads happiness all around. Sarvamangala Devi is worshipped primarily in South India and there are temples dedicated to the Goddess in different parts of South India. Devi Sati, who is also another form of Parvati is worshipped through Sarvamangala. There is a temple dedicated to Goddess Sarvamanagala known as Saravamangala Peeth is located in Bodh Gaya in Bihar. 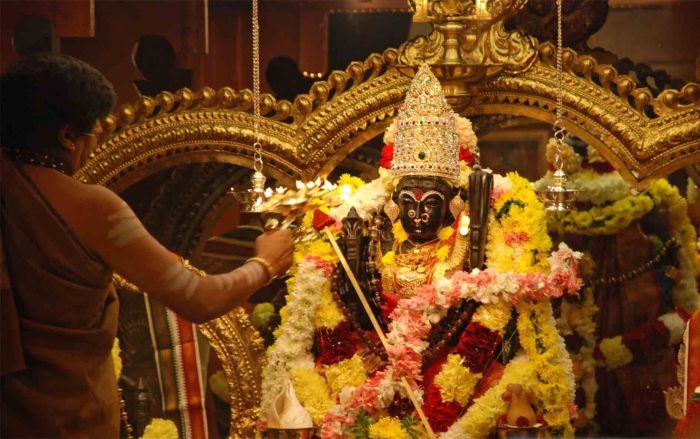 As fierce as Kali and as wrathful, there is not much difference between the two except for the fact that Bhairavi is the consort of Bhairava. Bhairavi Goddess is known to be good to those who are kind and nice and vengeful to those who incur her wrath. Bhairavi was so fierce in appearance that her mere presence on the battle-field was enough to frighten the warriors and lower their morale. Chandi, the fierce slayer who everyone fears is another name for Bhairavi. She is also known as Chamundeshwari as she killed and drank the blood of Chanda and Munda, the Asura chiefs. 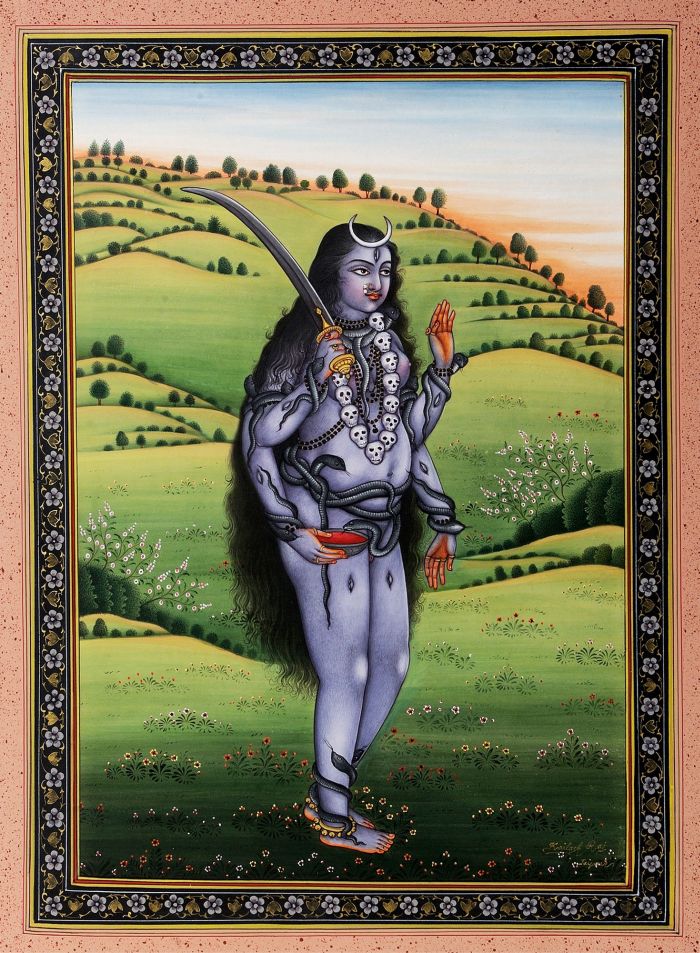 Chandika, or Devi Chandi is worshipped as the emotional form of Goddess Durga. Chandi is either furious, passionate or terribly destructive. Chandika is also treated as Kaatyayani, another name for Goddess Durga and she is born in a similar fashion. When the Gods became furious with rage, all their energies combined threw out flames and it was through this ball of flame that the female form of Chandika was born. She is said to be one of the cosmic forms. 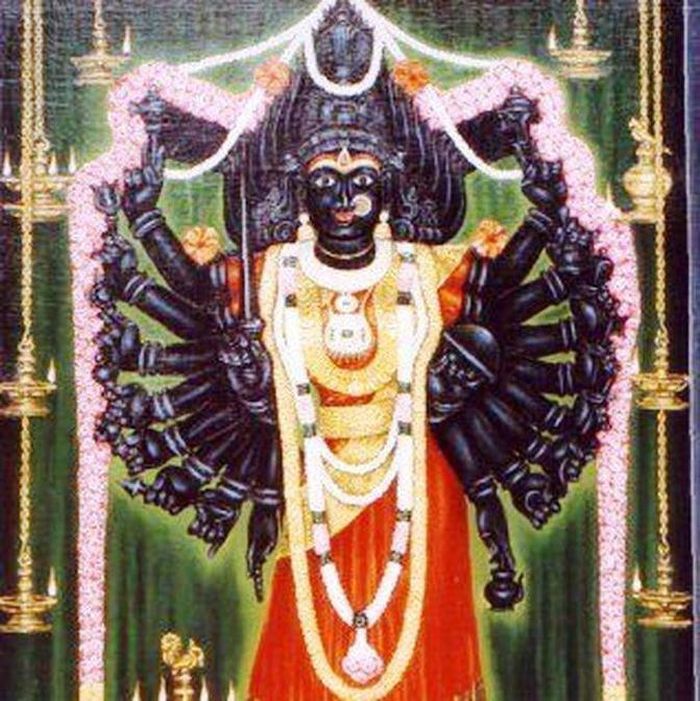 Tripurasundari, also known as Lalita, signifies beauty and the grandeur of the three worlds. She is the foremost and the purest form of Adi Shakti. Tripurasundari is made up of three different Goddesses or the 3 Goddesses of the 3 worlds: Shodashi – the Goddess who signifies youth, Lalita – who signifies childhood and Rajarajeshvari who is the Queen or the ruler. She is the most beautiful of the Shakti Goddesses in her appearance with a naturally fragrant body. 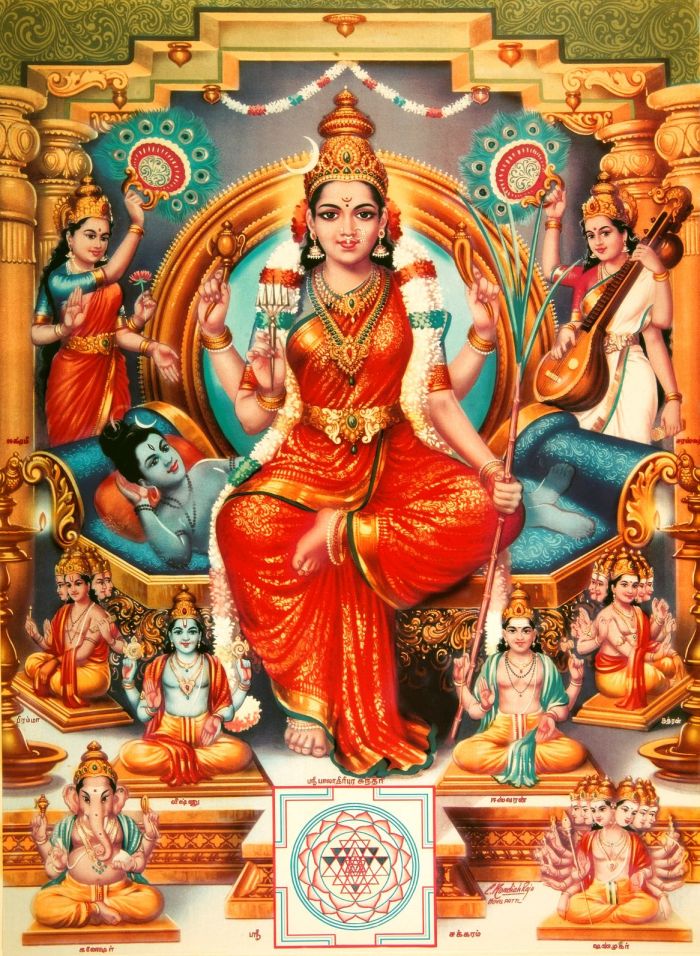 Bhavani is primarily worshipped in Maharashtra and she is another form of Amba or Durga. She is said to be the inspiration of Maratha warriors out at war and they derived strength from her. Bhavani is said to have vanquished Matanga and slain him, freeing the people from his tortures. She is revered for her acts. 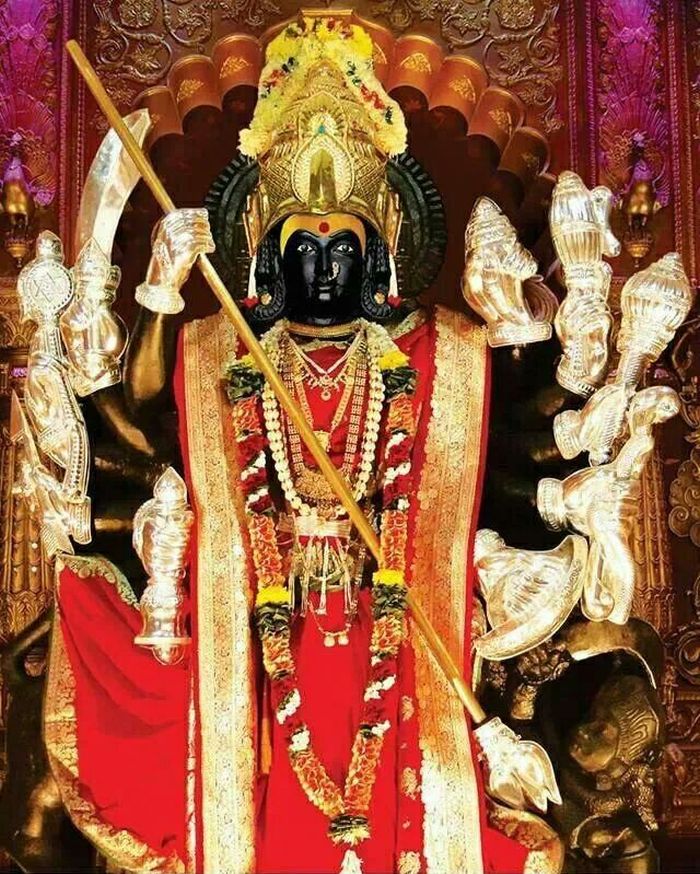 Mookambika Devi is another name for Parvati and she is the most gentle and the nurturing, motherly aspect of Shakti. Parvati is known as Mookambika Devi in Sotuh India where she freed the population from a tyrannical demon. Kaumasura lived in the Udipi district of Karnataka and terrified the people living there. It was predicted that the monster would be slain by a woman and it was Mookambika or Parvati who killed him and freed the people. They constructed a temple in her honour and the temple stands to this day.