11 Things vegetarians do to console themselves while not eating meat

There, there. We feel you. NOT.

While we are all for vegetarianism and eating healthy, saving the planet, etc, etc it is sometimes extremely funny to see vegetarians come up with the lamest of reasons and excuses to not eat non-veg food. In India, most people are vegetarians by birth and not quite by choice. They do not eat non-veg not because they do not like the taste, do not believe in killing animals, are against the inhuman way in which animals are killed, etc. They do not eat non-veg because generations before them have not eaten non-vegetarian. There’s no conscious awareness. Just blind following. And it is for such people that we write this. Some of the reasons they come up with, honestly, are funny!Also Read - Want to Live Longer? Follow a Plant-Based Protein Diet

A lot of celebrities give up non-veg diets and embrace vegetarianism. One among them is our dear politician Lalu Prasad Yadav. Here’s what Lalu might be saying or doing since he’s given up meat! Also Read - Craving a Piping Hot Samosa This Rainy Season? Here's How to Make it

Oh yes. Yes, yes, yes, yes. There is such a thing known as vegetarian chicken. No, it is not a chicken that eats grass. It is merely fake chicken or fake meat designed by scientists and made out of plant based foods but that resemble the taste of chicken exactly. While most of the meat derived thus is made of soy products, some also uses other plant derivatives. As meat is pretty tasteless, it is the flavouring and the chewiness that counts. And hence! Voila!

What?! Wait. What’s a Jain omelette? Is it an omelette that most vegetarians eat, made of gram flour and tomatoes? No. It is not. It’s is the most bizarre thing on earth ever! It is made of eggs but then, the non-fertilised eggs (how does your roadside vendor guarantee that? Ummm… We let that pass).  Also, the Jain omelette is onion-free as it has to be “jain”. As if vegetarians passing off the tomato omelette as “omelette” wasn’t enough, non-vegetarians now have to contend with this too. Crazy, we say!

Sure. Sure. There’s the paneer. The chicken, fish, beef, pork and even sausage of vegetarians. There’s a million ways to make it and some sneaky little vegetarians (this could be the convert sorts) add the spices used while cooking meat or the ready-made meat spices to the paneer and then swear it tastes just like whatever meat they’re used to eating. Yes, smart but no, you cannot fool the non-veggies. A chicken is a chicken is a chicken. Period. 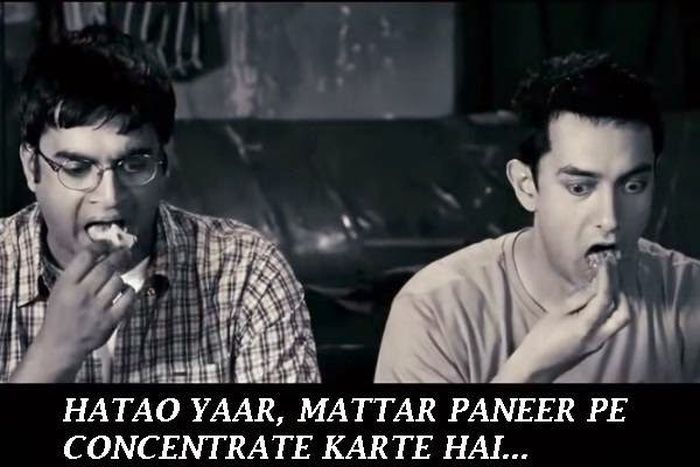 In fact, there are many vegetarians who do not eat mushroom just because it tastes and feels so much like chicken! Mushrooms are said to be the vegetarians’ meat and create just the perfect wall for vegetarians to hide behind and claim they have the option to why trouble poor chickens? If only it worked. 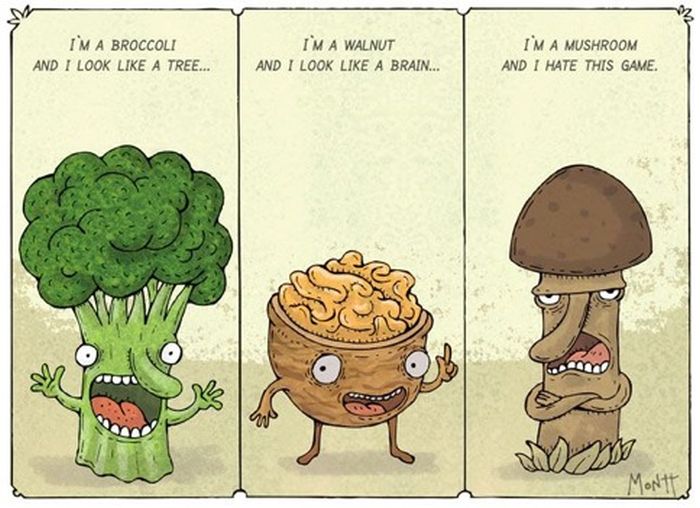 5. There’s an all veg McD and an all veg Subway. See? Even brands are going veg!

Yeah right. Like that would work. The brands are forced to go all veg or their business in that area will just collapse as majority of the people there are veg. Get nothing to do with developing sudden morals, hear ye! And not all of them are veg. The veg only outlets are generally in holy areas or areas with little or no population of non-vegetarians.

6. Brag about how veg is always “cheaper”.

All, almost all of your vegetarian friends have done this one time or the other, we bet. There, you enter a restaurant and happily eat. Bill comes, and your veg friend is ready to rub it in your face as to how he/she ate a lot more and yet, ended up paying considerably lesser. And God forbid, if they ever visit a restaurant or buffet with the same price for the veg and the non-veg. Apocalypse!

Whoa! Hold it right there. Have you never seen an unhealthy vegetarian in your life? Or a healthy non-vegetarian? There’s no such thing as being unhealthy just because you’re non-veg. Infact, non-veg food often contains essential nutrients and minerals that are missed by the vegetarians. Get off your high horse there! 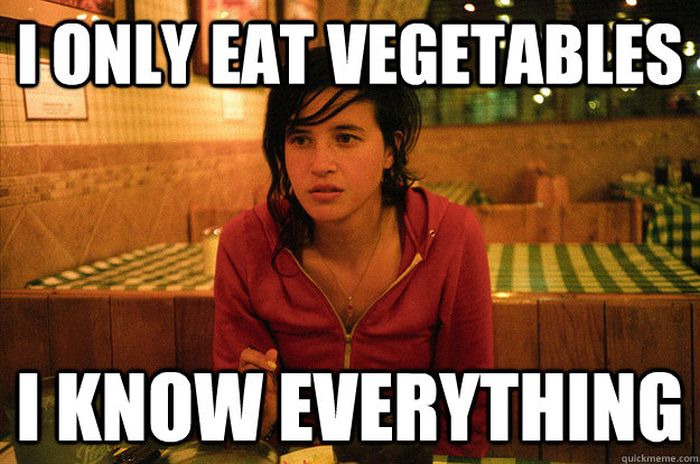 8. Do you know how that was killed?

Well hey veggie buff, do you know how that was grown?! 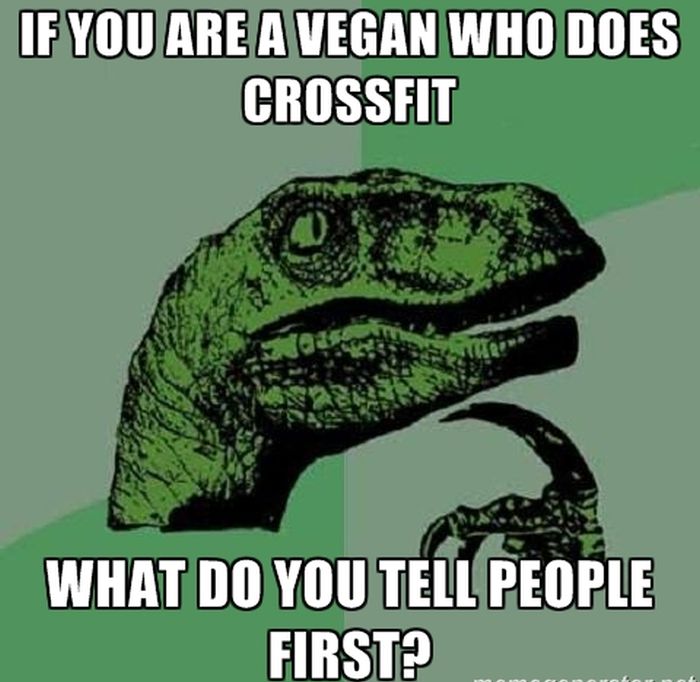 9. Hey, this bar/pub/lounge has a variety in veg menu. Oughta be good!

Judging restaurants/pubs and bars by their standard of vegetarian food is just such a veg thing to do! Seriously! it’s annoying as hell. All that matters in a pub is the booze. And honestly, 5 drinks down and you care a damn about the thing you’re chewing on is cooked in vegetable oil, lard or pig fat! 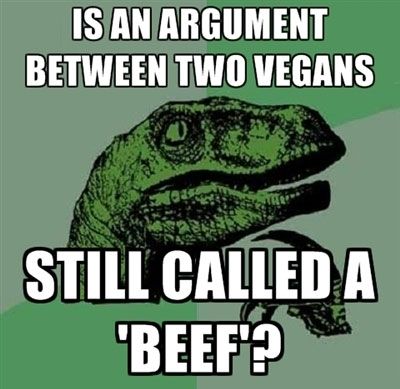 10. Say, “I eat eggs in cake” like they just did the unimaginable!

Seriously guys. Nothing is funnier than a vegetarian proclaiming the fact that they are vegetarian, oh sorry, “pure vegetarian” and then sneakily eat eggs in cake. Ha! So you’re not all that vegetarian after all!

No, it is not something amazing you did. You just chose to skip meat. It’s fine really. No need to go on and on and on about it. Give the non-veggies a break! Jeez! 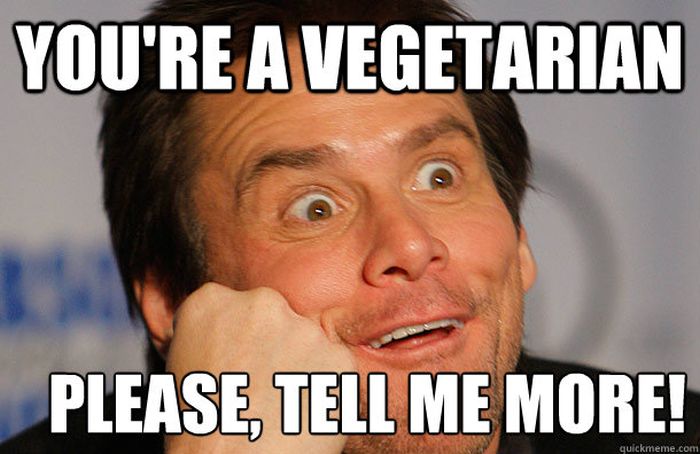