3 of the nastiest insects known to mankind till today!

Check out the worst bugs ever to crawl the earth (or fly as the case may be)! 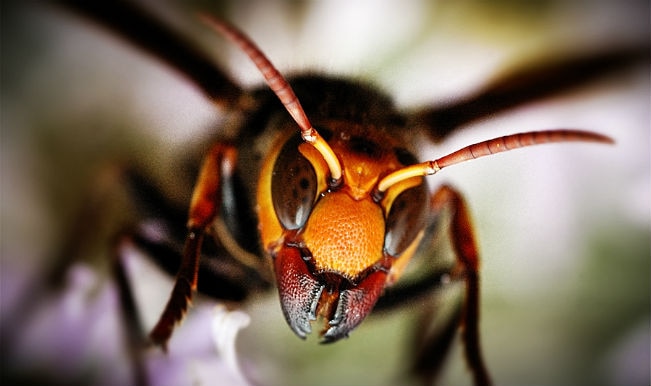 As human beings we have a strange aversion to insects (except in some cultures where people actually eat them) this is for a good reason. Insects are really creepy, and even though most are completely harmless there are some really-really nasty ones that completely justify this animosity we feel towards such arthropods. Here is a list of what we consider the worst bugs ever to crawl the earth (or fly as the case may be). They have been placed in ascending order of nastiness by a panel of expert bug haters:Also Read - Mosquirix - World's 1st Malaria Vaccine Approved by WHO. All You Need to Know

3) The Japanese Giant Hornet- As it’s name suggests, this wasp is huge (4.5cm long) and endemic only to Japan (which is fortunate for the rest of the world). These hornets are able to kill up to 40 bees a minute (each) and a group of 30 hornets can wipe out an entire bee colony within a few hours. They feed on the bees as well as their larvae and honey. The giant hornet has a potent venom (though not the most potent wasp venom out there) but is more dangerous than other wasps because it injects a relatively large amount of it. It is considered to be the deadliest animal in Japan, even more than snakes or bears (but excluding Godzilla of course) killing up to forty people a year. (Read: 5 creatures people actually believe existed) Also Read - Flowers or Insects? This Video Featuring Three Orchid Mantises is Going Viral | WATCH

2) Army Ants- There are several species of army ants. All of them have no fixed nest (unlike other ants), they also have larger colonies (up to 15 million individuals). The army ants are a force to be reckoned with, and sweep through the forest floor like apocalyptic horde killing and eating anything that can’t get out of the way in time. The ants prey on animals much bigger that them by literally engulfing them and tearing them to shreds. They prey on anything they can catch from insects to spiders and even small vertebrates. Also Read - Engineer Suspended After Mosquitoes Bite Shivraj Singh Chouhan at Sidhi Circuit House | What Happened?

1) Mosquitoes- These are by far the worst creatures to ever exist, except for humans of course. They aren’t much to look at, they lack any venom or a powerful bite yet kill more people than any other species. Mosquitoes have killed millions upon millions of people through all of history with diseases like malaria and dengue and continue to do so to this day in third world countries. All our attempts to eliminate mosquitoes have failed and these creatures continue to hound us like we’re KFC at lunch time.