Senior leader and Muslim face of Samajwadi Party Azam Khan loves to be in media. May be that’s why he often makes comments bringing controversies. 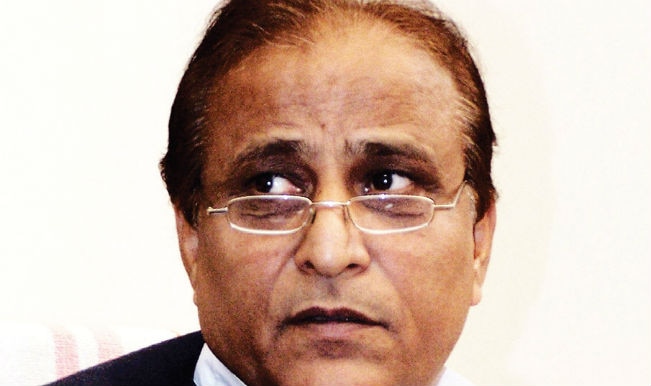 Senior leader and Muslim face of Samajwadi Party Azam Khan loves to be in media. May be that’s why he often makes comments bringing controversies. As political atmosphere is on its higher level many politicians to draw the attention of people have been making derogatory comments against their opponents but Azam Khan is leading this race. We present you 5 controversial comments made by Azam Khan.Also Read - SP Workers Purify Places Visited by UP CM Yogi Adityanath With Gangajal; Booked

1- “Badla” comment: After the controversy made by BJP leader Amit Shah when he allegedly asked Jatt community to take “badla” (revenge) of humiliation in Muzaffarnagar riots by voting, a video footage has come out in which Azam Khan can be seen addressing a rally in Sambhal where he appealed people to defeat fascist and vote to take “revenge” of “murderers of Muzaffarnagar”. He brought the issue of Gujarat riot and alleged that women and children were tortured to death during the riot. Also Read - 'We Don't Carry Mafia With Us,' Says Yogi Adityanath; Promises To Build Houses For Poor On Confiscated Lands

2- Modi a big dog: To woo the minorities Azam Khan made personal attack over BJP’s prime ministerial candidate Narendra Modi. On 10th April He called Narendra Modi a “big dog” in respond to Narendra Modi’s puupy remark over Gujarat riots. Nadrendra Modi faced sharp criticism when he said that he felt sad about Gujarat riot as he would if his car ran over a puupy. Referring to his remark, Azam Khan said, “Agar hum chote kutte hain to wo bade kutte hain (if we are puppies, he is a big dog).” Also Read - Samajwadi Party President Akhilesh Yadav Vows To Build 'New UP' In Open Letter

3- Kargil comment: Just two days before his “big dog” comment, it made lot of buzz when Azam Khan categorised soldiers who fought Kargil war in 1999. While speaking in Gaziyabad Azam Khan said, “The perks of Kargil were conquered not by Hindu, but Muslim soldiers.” Opposition accused Azam Khan for dividing army over caste and religion. Election commission too took action over his remarks and demanded the tape of his speech.

5- Brother of a dog’s son: On 3rd April Azam Khan made scathing comment over Narendra modi calling him an elder brother of a dog’s pup. “We don’t want your sympathy elder brother of dog’s son” “Modi kutte ke bachche ka bada bhai hai” Azam khan said. His remark came after BJP President Rajnath Singh apologised to Muslims for any mistake made by party. But Azam Khan said, “We don’t want his or Rajnath Singh’s regret.”

You cannot call these comments a slip of tongue because despite facing criticism Azam Khan never apologised for his statements and always stick to his words.