5 inventions and discoveries that changed the World

Inventions have helped humans lead a comfortable life and these 5 inventions are the reason we got to this stage in comfort levels. 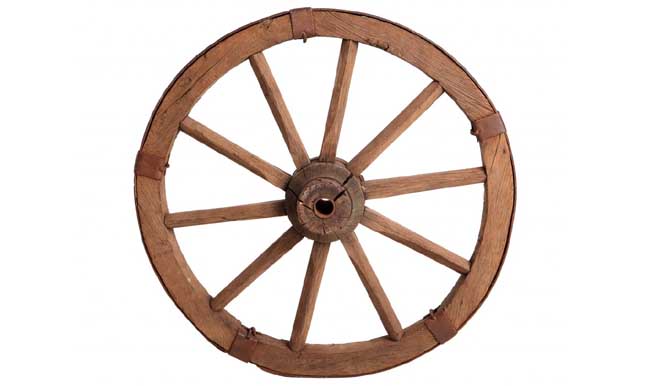 There are only two things that separate us from the other members of the animal kingdom (most of us anyway). One of these things is our capacity as a species to kill quickly, the other is to be able to not only invent and discover stuff, but also to be able to spread this knowledge from one person to another, which saves us time (40,000 years or so) from having to relearn everything from scratch. Also Read - Arbaaz Khan Files Defamation Case on Name Being Dragged in Disha Salian, Sushant Singh Rajput Case

In our brief existence as a species we’ve invented and discovered many really cool things like computers, hamburgers and helicopters, but it turns out that the most useful things we have are often the simplest, which is quite fortunate considering it’s easier to make a fire than an Ipad. Here’s a list of some of the most important inventions and discoveries of man kind in order of importance: Also Read - Kangana Ranaut Says BMC is Now 'Threatening Her Neighbours' to Isolate Her Socially

1) Fire- The guy (or possibly girl) who discovered fire was a genius, fire makes meat taste so good and kills bacteria and infections, not to mention scares off wild animals and keeps us warm. Fire can also be used to smelt metals and make nasty weapons. By taming fire man could finally assert his domination on the world, or so he thinks. Also Read - Declaring Gilgit Baltistan as Its province: Pakistani Move or Chinese Influence?

2) The Wheel- The wheel makes dragging around things not only fun, but also easy. It reduces friction and increases speed. The wheel along with it’s good friend the axle made going from A to B that much simpler. Nothing like the wheel exists in nature except for maybe a fat person rolling down a hill.

3) The String- It may sound hard to believe, but the string is the backbone of human domination over animals that could, in a fair fight rip us to bits. String can be used to make bows which shoot arrows thus making hunting safer (though not for the animal) it can also be used to tie sharp rocks onto sticks to make spears.

4) Clothes- Since evolution (or God, whatever you believe in) was nice enough to give us bodies without any natural protection against the elements, thorns or the prying eyes of the wicked. Fortunately (or unfortunately depending on your perspective) someone came up with the bright idea of using animal skin as a protective layer over their bodies, and thus clothes were born.

5) The Spearhead- This is basically a sharpened stone or piece of wood, but for a long time, it was our only defence against whatever nature had to throw at us, it may seem like a simple too but it has several uses from hunting, to skinning (hopefully animals) to chopping meat. Mini spearheads could be used on arrows and are know as arrowheads. While facing off with mega bear or a mammoth with a sharpened stick doesn’t exactly safe, it’s a lot better than being unarmed.