70 per cent of Indian users don’t know what to do on the internet, says Kavin Bharti Mittal of Hike Messenger #Dream500M

The last panel discussion is moderated by Jayanth Kolla (partner and founder of Convergence Catalyst), includes speakers like Vijay Shekhar Sharma (founder and CEO of One97 Communications), Akshay 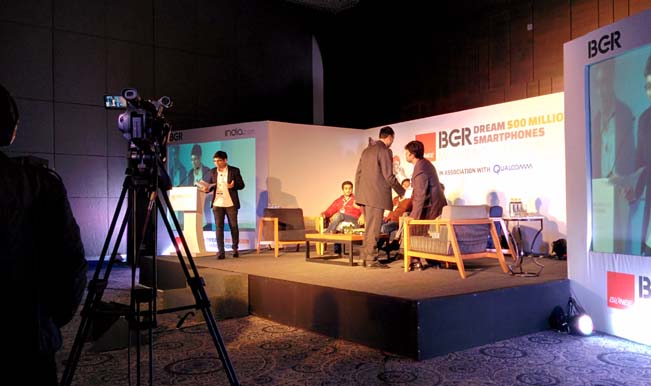 Also Read - Hike Launches New App 'Hike Sticker Chat' With Stickers Over 40 Indian Languages And Dialects, Have You Tried it Yet?

The last panel discussion is moderated by Jayanth Kolla (partner and founder of Convergence Catalyst), includes speakers like Vijay Shekhar Sharma (founder and CEO of One97 Communications), Akshay Aggarwal (General Manager, Operations for MediaTek Bangalore), Kavin Bharti Mittal (CEO and Founder at Hike Messenger), and Jonathan Bill (CEO and co-founder of BillBachao.com). The discussion focuses on how the dream of reaching 500 million smartphones in India can be achieved. Also Read - Holi 2019: Hike Messenger Launches Festive Gujiya, Gulal, Bhang Stickers, Here's How to Download Them

MediaTek has been in the base of the growth of the development since the smartphone revolution hit Indian shores. Hardware is just one part of the smartphone puzzle but there are more elements that need to be figured out to solve it. App stores have democratized the ecosystem. When an app is made, it is up against the entire world rather than just one market. Language is not the only element to keep you tied down and the customers have showed it by their usage. Also Read - Valentine's Day 2019: Hike Messenger Launches Animated Sticker Packs for Free, Here’s How You Can Download Them And up Your Romantic Game

Commerce will enviably remain local and the marketplace has to be brought to the smartphone users. Hike deals with over 10 billion messages per month. Hike has localized the messaging application for India which is the first time it has been done. Over 3.5 billion messages sent every month are the localized stickers that keep getting updated frequently.

BGR India presents the Dream 500 Smartphones event which started at 10 am today. We bring you the entire coverage of the event from the JW Mariott Hotel in Aerocity, New Delhi. Some of the biggest and upcoming names in the technology industry will contribute to the event by sharing their opinions and plans on how the dream of 500 million smartphones can come true.