A couple didn’t have money for their wedding cake. So they decided to cut bread-butter instead!

This couple proves that weddings need not be lavish - it is all about love.

India is perhaps the best example of how to mess up your life after a big, fat wedding. Indian weddings are full of extravagances and lavishness. Right from the bride’s lehenga to the food and drink, the venue, the need to prove to neighbours how “rich” we are – we have made a mockery of weddings. Often, we see parents of the bride taking large amounts as loans for the wedding just because they want to show the world how large-hearted they are. And then, after the wedding, go bankrupt or keep pulling their hair as to how to repay the amount. There’s also the question of dowry where the bride’s family often has to bend backwards to fulfil the groom’s demands.Also Read - Model Showcases Stunning Wedding Gown Made Entirely of 1500 Discarded Face Masks | See Pics

The weddings in India often cost anywhere from 3-4lakhs to 20-25lakhs. And thes are just “budget” weddings. What if the bride and groom don’t have money? Well then, as said above, take a loan or postpone the wedding. However, this one couple who were too poor to be able to afford a lavish wedding cake for all decided to go the simple way and just placed bread-butter slices instead! The slices stacked one on top of the other and neatly placed on the cake stands look absolutely beautiful too! There’s nothing little or small about it. In fact, it’s really seeing how the couple has planned their life together and wish to involve everyone – but within their means. Not by burning themselves out.  Quite a lesson for Indian weddings. Also Read - Priyanka Chopra Marries American Singer Nick Jonas in Traditional Christian Wedding Ceremony in Jodhpur 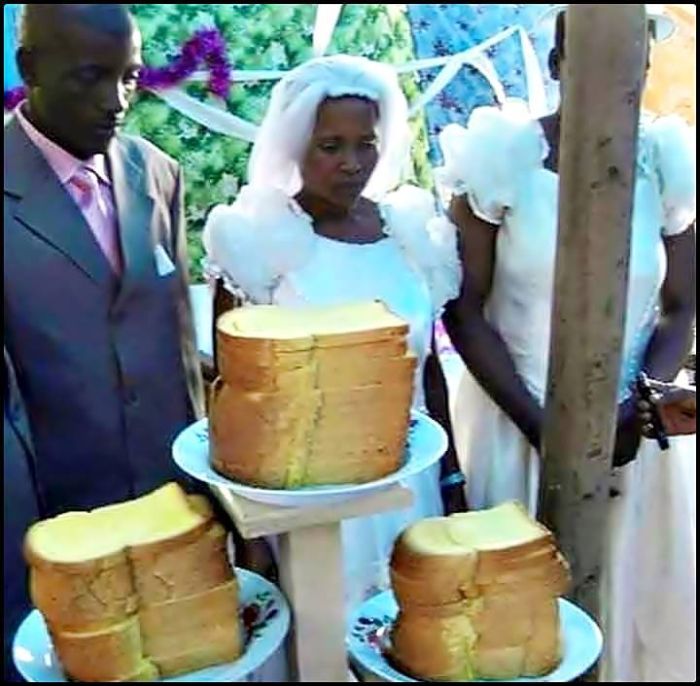 The image has gone viral over the internet and while many are supporting the couple for their act and for keeping it simple, many others are sceptical as no details about the couple, the location or any background has been given. Many also suggest that the bread might be symbolic and the couple might own a bakery or might just want to do something different! Well, that’s a whole lot of reasons. But whatever the actual reason this couple chose to have the bread-butter, we are totally impressed and happy with them. Take a leaf out of their page Indians!

This couple didn’t have money for a wedding cake. Rather than borrow to impress people, they settled for what they…Posted by Fuel on Sunday, 15 November 2015