A R Rahman: 16 little known things about the Mozart of Madras

Here’s some trivia about the Oscar Award-winning composer 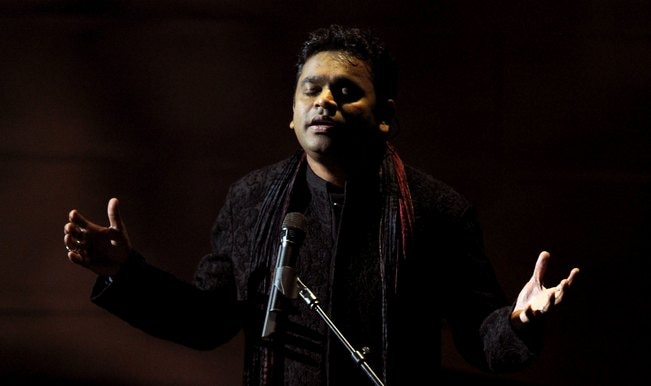 Birthday boy A R Rahman, born on January 6, 1966, has given the world some musical gems that will be remembered for generations. But not too much is known or talked about the Oscar Award-winner apart from his music. Of course, we all know his father died when he was young and that he converted to Islam after a spiritual experience. But there are some lesser known things about the Mozart of Madras that we would like to share with you. Also Read - On Dilip Kumar's 98th Birthday, Here's Looking Back at Films That Established Him as 'The Tragedy King'

Here’s some trivia about the Oscar Award-winning composer:

1. A R Rahman was a keyboardist in a band called Nemesis Avenue along with singer Suresh Peters.

3. When on concert tours abroad, Rahman does not waste time sight-seeing. He is just engrossed in his music.

4. Rahman met his mentor Mani Ratnam at a function where the composer got an award for the best jingle!

6. Rahman likes to record music only in the night, but he makes an exception for the legendary Lata Mangeshkar.

8. After conversion to Islam, Dileep became Abdul Rahman. He later changed it to Allah Rakha (A R) Rahman on the advice of veteran Bollywood composer Naushad Ali, his early mentor.

9. The music maestro prefers to give newcomers a chance – singers who are melodious but not necessarily well-trained.

10. Rahman wanted to be a computer engineer after he grew up.

14. His father bought him a keyboard from Singapore and a young Rahman was hooked to it.

15. Rahman joined genius composer Ilaiyaraaja as a keyboardist at age 11, two years after his father passed away.

16. He was seen as a child artist on Doordarshan playing a keyboard.

A very happy birthday to A R Rahman!