A R Rahman birthday special: Listen to Best Bollywood songs of the singer-composer! 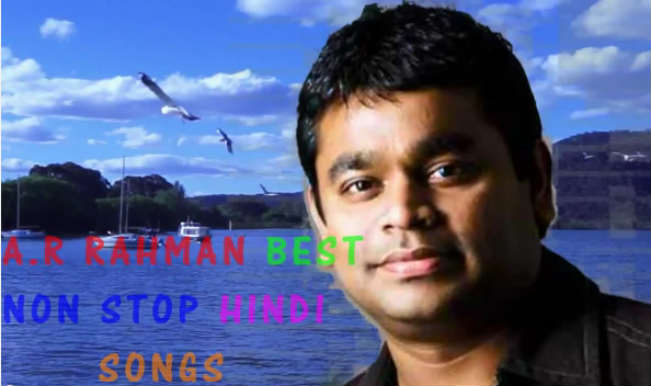 Born on January 6, 1967, the multi-talented music composer-singer of India, A R Rahman turns 48 today. This world famous musician is not just a songwriter but also a music producer and singer. Rahman was nicknamed the Mozart of Madras by TIME Magazine because of his amazing body of work. (Read:A R Rahman turns 48, musicians pay tribute) Also Read - Nick Jonas Trolled For Performing With Spinach Stuck in His Teeth During Grammys, See His Epic Reply

Rahman started his career in 1990 with an in-house studio in Chennai. He began with Mani Ratnam’s Tamil film Roja, singing and composing for it. Rahman is one of the worlds all-time best-selling recording artists. He has a very unique style of music composition that emphasises on improvisation. The talent of the Mozart of Madras has given Hindi cinema some lilting melodies and memorable numbers.

On his birthday, we share A R Rahman’s best collection of non-stop Hindi songs, which will surely make you groove to his tunes!