Thugs of Hindostan starring Amitabh Bachchan, Aamir Khan, Katrina Kaif and Fatima Sana Shaikh have garnered a lot of attention since the release of the trailer. It has also become the target of the latest viral memes on social media. Going by the trends, Mumbai police once again joined the bandwagon with its quirky meme on the film. The Twitter handle of Mumbai Police has tweeted a meme stating ‘No place of Thugs in Mumbai’ featuring Aamir Khan. Also Read - Amitabh Bachchan's Funny Intelligent Take on COVID-19, Asks Fans to Read ‘Corona’ as ‘Naroco’

Tweeting the meme, it wrote, “No place for Thugs in Mumbai #NoCityForThugs.” Also Read - Emraan Hashmi on Being a Fan of Amitabh Bachchan: I Wouldn't Sit Down to Eat Unless Sholay or Mr Natwarlal Played

No place for Thugs in Mumbai #NoCityForThugs pic.twitter.com/xGLsQpi9RM Also Read - Amitabh Bachchan Gives Back to Troll Who Accused Him of Plagiarism, Says 'Strange And Sad'

Many netizens called Mumbai Police tweet as ‘too filmy’ and loved the warning in a creative manner. 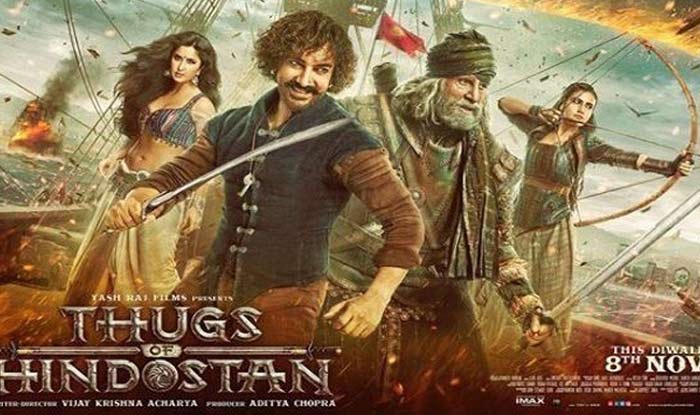 On the related note, Thugs of Hindostan is an epic action-adventure movie, and there were reports that it is based on Philip Meadows Taylor’s 1839 novel Confessions of a Thug, however, the reports were put down by Acharya, who said there is no connection to any book. The film is slated to release on November 8 this year.