WhatsApp has always been a breeding ground for rumours and this time it is Aamir Khan-starrer PK which is the latest victim. 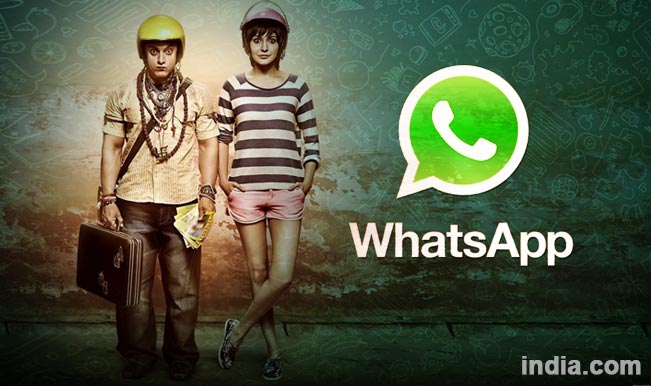 WhatsApp has always been a breeding ground for rumours and this time it is Aamir Khan-starrer PK which is the latest victim. A WhatsApp message about a 20-year-old girl watching the movie with a boy from other community created communal tension in Puttur, Karnataka. Also Read - Monsoon Withdraws From Delhi, City Records 20% Less Rainfall This Year, Says IMD

According to a report in The Hindu, a WhatsApp message created tension between the two communities at Aruna theatre in Puttur. People from both the communities and police rushed to the theatre after the alleged message created tension. The girl was summoned outside and when the police enquired she disclosed that she was watching PK with her parents and no one else. Also Read - Namami Gange Mission Most Comprehensive River Conservation Program, Says PM Modi

On further enquiry, the girl said that she didn’t know anything about the boy sitting next to her. Police realised that there is no truth in the story and let the girl off to enjoy the Rajkumar Hirani-directed PK.

Sending funny messages, comic images and short-yet-cute videos to your friends and relatives is what people like to do 24 x 7 these days. But as it is said that nothing is perfect, WhatsApp have its share of shortcomings too. Forwarding messages without cross-checking the true facts is slowly taking over the enthusiastic world of social messaging. (Also read: Best WhatsApp Messages: Top 14 funny WhatsApp Forwards of 2014 you would like to send to your friends)

People these days’ randomly forward WhatsApp messages which have no strong evidence to back and which eventually turns out to be a rumour. PK is the latest to join the bandwagon; we bring to you a list of several rumours which were circulated on WhatsApp in 2014: 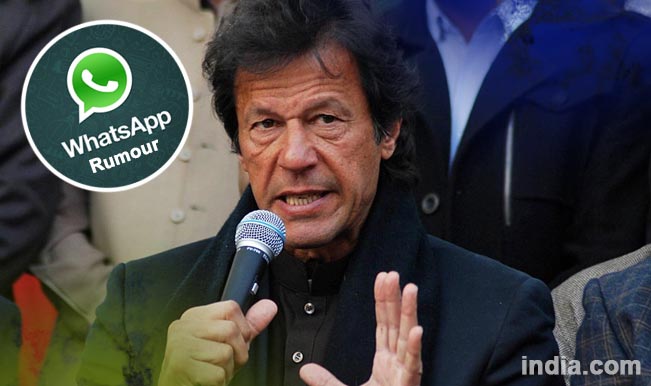 There were rumours on WhatsApp that Pakistani cricketer-turned-politician Imran Khan has been allegedly shot dead. The message was circulated in mid-August and gained heat as time passed on. Imran Khan is Pakistan’s most successful cricket captain and joined politics after he retired. Imran Khan floated his own political party- Tehreek-e-Insaf in 1996. There were also unauthenticated images been circulated on the messaging app. Eventually, it turned out to be false. 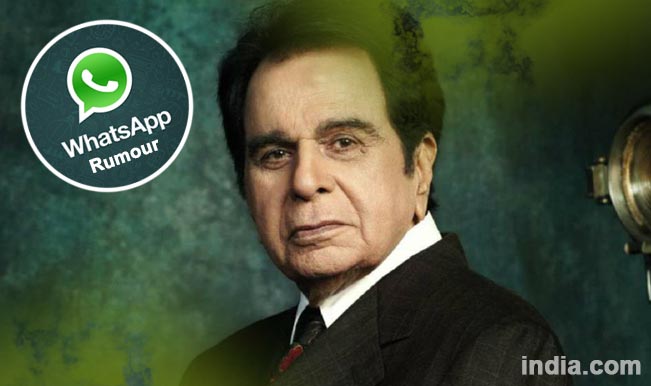 WhatsApp rumour didn’t even spare the veteran Bollywood actor Dilip Kumar. Messages about Dilip Kumar’s death went viral on WhatsApp twice this year, the latest being after Salman Khan’s sister Arpita Khan’s wedding. Soon after the news went viral on WhatsApp it also spread to social-networking sites, Twitter and Facebook. It was only after B-Town superstar Amitabh Bachchan clarified on Twitter, the rumours of Yousouf Khan a.k.a Dilip Kumar being dead, died down. 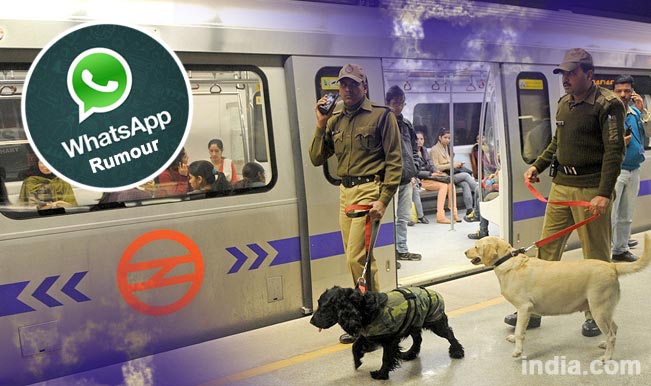 A WhatsApp message also became the cause of a serious bomb scare in national capital Delhi after a boy circulated threatening message on the app. After the bomb scare at HUDA City Centre Metro Station in Delhi turned into a rumour last week, a WhatsApp message is being circulated spreading fear among Delhites. The message reads: “Delhi is on red alert for couple of days. They suspect terrorist activities in the city. Intelligence bureau had declared prime targets a couple months back. Tune into any news channel for more. Tell your families to avoid crowded places like malls and market for 4 days. According to ISIS’s tweet, Indian intelligence have found that the terrorists will be targeting Delhi tomorrow. The main targets will be malls, public places, colleges, schools, and main stream areas Connaught Place, Lajpat Nagar, Sarojini Sagar etc. So, any one travelling in these areas should take extra attention tomorrow even though there will be a strict police protection. So please spread it all to be on the safer side.” 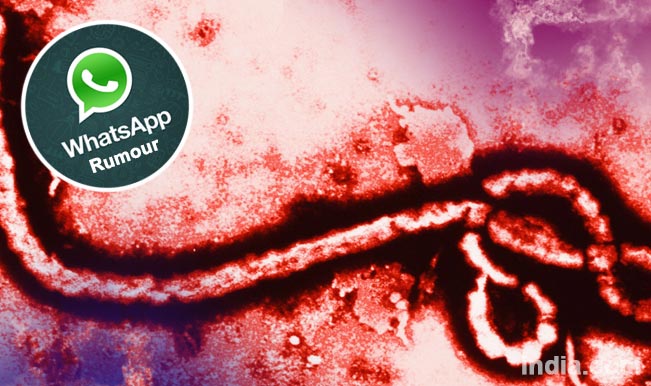 Ebola has always a hot-cake for the WhatsApp users. People find it helpful in spreading messages to aware people about the deadly Ebola virus, but little do they know that it is a rumour. Ever since the news of Ebola virus has emerged, there have been rumours regarding the spread of Ebola pan-India. Messages read that it has reached Pune, Mumbai, and Delhi among several cities, but in truth it has not. 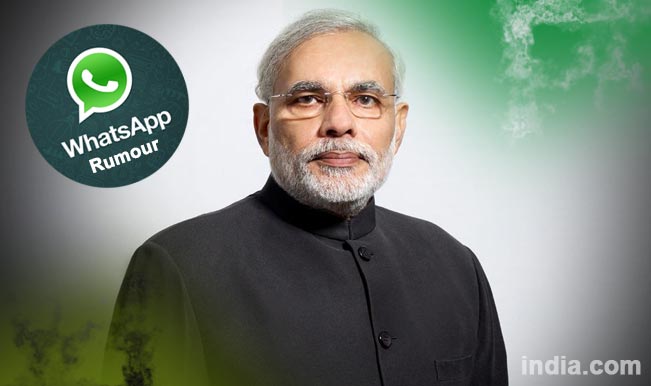 Why would a Prime Minister want people to not to use the Internet services for a day, only to make the telecom companies realize the high tariffs for the same? WhatsApp messages were circulated on the messagin app in late October where the message read, “If you don’t know what you have to do on 31/10/2014 then please read down. The rate of net recharge is increasing day by day, that’s why Mr Narendra Modi has asked to switch off mobile data for that day, it’s only one day you have to keep your internet off. Because of that, all companies will suffer loss of 300 to 400 crores and they will reduce net prices upto 90%. It’s a request to all to keep off the net pack for that one full day on 31/10/2014. Share this message. It is helpful. Janhit mein jaari.”