Aam Aadmi Party's victory has infuriated Adolf Hitler. Find out how the German Dictator reacts in a funny parody video. 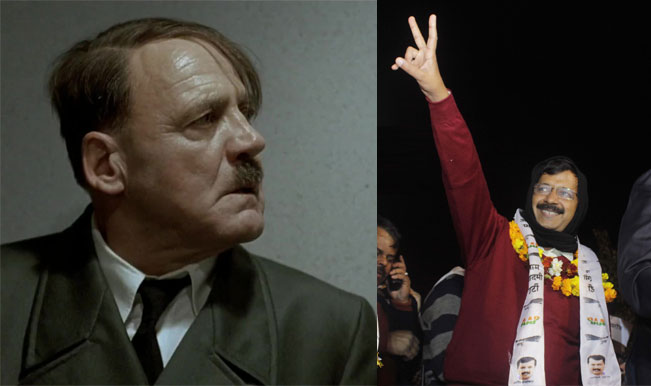 The Aam Aadmi Party (AAP) stormed to a comprehensive victory in the 2015 Delhi Assembly Elections that was declared on February 10. Expectedly, the social media was abuzz over the dismal performance of Bharatiya Janata Party (BJP) and Indian National Congress (INC). The Arvind Kejriwal-led party clinched a record 67 seats out of a possible 70 leaving the two political bigwigs in absolute shambles. The three remaining seats went to BJP while the Congress scored a major duck; eventually leading to Ajay Maken’s resignation. Also Read - 100 Days Or 100 Months: Congress Will Continue To Fight Till Farm Laws Are Rolled Back, Says Priyanka Gandhi

Needless to say the trolls had a field day, with one such video destined to make you roll on the floor clutching your stomach after watching it. The clip taken from the movie ‘Downfall (Der Untergang)’ where Adolf Hitler‘s empire is under attack . In this part of the German dictator demands answers from his Generals after realising that the Red Army are closing in on Berlin. Also Read - Tamil Nadu Election 2021: DMK-Congress Finalise Seat-sharing Pact. Congress Given 25 Seats, to Fight Kanyakumari By-poll

That clip has become an internet sensation as it is adapted to various events using subtitles as the medium to convey the contemporary spoof message. Hitler appears to be very upset as the Narendra Modi wave has failed to swing the polls in BJP’s favour coupled with the loss of Kiran Bedi – the party’s Chief Ministerial candidate.

Watch the hilarious video to see Hitler’s reaction on learning BJP’s Downfall and what he plans to do in the aftermath.