Adults only: Short film ‘Oppressed Majority’ will change the way you look at a woman!

So you think that both genders are equal. What happens if men swapped roles with women? 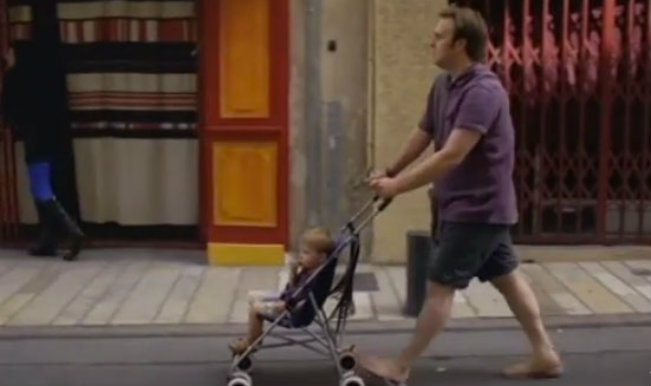 So you think that both genders are equal. What happens if men swapped roles with women? Not much? Think again. In a provocative short film titled ‘Majorité Opprimée’ – French for ‘Oppressed Majority’, the lead character is an average male; going through a daily routine where he does everything that a woman would be expected to do. Also Read - Most Women in Today’s India Want to Chase Entrepreneurial Dreams: Bobble AI Data Report

The film shows the viewer what it would be like for men to face the compromises and dangers that women do in real life.  It has been crafted by Eléonore Pourriat, who is a French screenwriter and director. Also Read - France Makes Menstrual Products Free For Students: Here’s How Other Countries Fight Period Poverty

The film released online in 2010, but received almost no attention in France. However, the director added English subtitles and released the film once more, in February this year. The film now has more than eight million views so far from around the world. Also Read - Two Women Dress Up As Grannies, Forge Birth Certificates To Get COVID-19 Vaccine Doses

So why did this happen? Though the film has been a huge success outside France, with a growing number of viewers, the small French audience for the same highlights the fact that sexism is still deeply routed in the country, according to Pourriat.

The short film centres around Pierre, a slightly plump “house-husband”. He is shown in a series of montages, as he gets the basic chores done. Certain insertions are bound to hit the viewer hard, like the women who jog bare-chested. Then the man is rudely spoken to by a female tramp while he waits at a signal with his cycle.

After this, he is confronted by a group of women who molest him. The man, now shaken, goes to the police station where he sees that all the staff is female. The female officer asks him why there were no witnesses to the act. Frustrated, the man then meets his wife, who was late because she was in a meeting. Later, she tells him that he should have expected to get molested, because he was wearing shorts and flip-flops.

So what persuaded her to make it? Pourriat says that though she was raised with the idea that men and women were equal, she realized it was not so after growing up. She added that when she created the film, people in France did not give her or her film any importance, because nothing seemed to be at stake.

Besides this, the director had a personal motivation for making the film: her daughter. She said that adolescent girls were vulnerable to peer pressure by their male counterparts.

Many feminists in France, who viewed the film, said that the country was under male domination. This is why the film attempted to force men to put themselves in the woman’s position.

Despite the rave reviews that the film receives (and continues to), it certainly has its share of critics from both genders. People criticized the fact that the man in the movie was constantly falling victim to something or the other.

Another criticism was for a scene where the babysitter, who is Muslim, is shown to wear a veil at the request of his wife. Critics said that this gave viewers a false impression of veiled women being submissive.

In defence of the film, Pourriat said that when women faced problems, it was not simply because they belonged to a certain faith – it was because they were women.

Also, the reactions to the film mirrored real life: while it was perfectly okay for a woman to act like a man while she was at work, the idea of a man ‘feminizing’ himself by taking care of a baby was not accepted in the same manner. Watch the video below: