AIB Roast: Criminal conspiracy? Seriously, the law is an ass!

The AIB Knockout has been blown way out of proportion, so much so, that is now considered a bigger event than Salman Khan’s sister’s wedding or the Bigg Boss Season Finale! 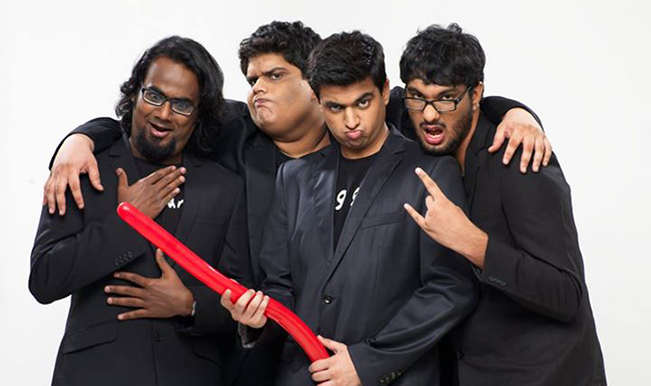 The AIB Knockout has been blown way out of proportion, so much so, that is now considered a bigger event than Salman Khan’s sister’s wedding or the Bigg Boss Season Finale!  Everyone has been asked their opinion about it from Aamir Khan to Messenger of God Gurmeet Ram Raheem Singh Insaan. The former hated it, while I don’t know what the latter said because I was too distracted by his bling and shoulder hair! In fact, the only who hasn’t given an opinion on it is Barack Obama and Narendra Modi. Even Arvind Kejriwal thought freedom of expression must be upheld. Read: Court orders probe into ‘All India Bakchod (AIB) Roast’ show Also Read - Sunil Pal jumps into Tanmay Bhat video controversy, hits out at AIB and is trolled! (Watch video)

But I digress, a Girgaon Court has actually been asked to file a FIR against 14 people involved in the roast. This list includes Karan Johar, actor Ranvir Singh, Arjun Kapoor, actresses DeepikaPadukone,, Alia Bhatt, members of the group, venue officials and anyone remotely connected with the roast. Seriously, the phrase ‘The law is an arse’ is not an understatement when you consider the charges filed against them. They’ve been charged under the following sections: Also Read - Comedy Nights Bachao episode with Arjun Kapoor and Khatron Ke Khiladi 7 female contestants was super entertaining!

Along with that they are also being charged under the Bombay Police Act 1951, the Environment Protect Act, 1986, and Maharashtra Regional and Town Planning Act, 1966.

There has also been an FIR registered against them in Pune. The guys from AIB had also filed an intervention plea to oppose the petition, arguing that show was a humorous one for a private audience and that audience didn’t find the content offensive. Their lawyer Mahesh Jethmalani had said, ‘The language was excessive, but within the bounds of humour.’

To be honest, the whole thing has been blown out of proportion. This was a bunch of guys cracking jokes which was enjoyed by an audience – online and offline. How the hell is this, a criminal conspiracy? We’re a nation with a lot of problems, but people laughing at one another, is not one of them. I’d assumed the law would let common sense prevail and said the offended: ‘Chaloaagebado’, but sadly, that’s not the case.

The guys from AIB have been going through hell since the offended raised hell about something that doesn’t concern them at all. They were castigated for the show, castigated for apologising to the Church, and now they’re facing legal action.

Raja Sen, writing for Rediff.com explained it best when he wrote: ‘Now, under political threat, threat from muscular Bollywood stars, possible physical threats of violence to the boys and their families, they backed down and took the video down. Fair enough. It’s their call, and before you start wishing for a martyr, take a minute to picture just how patently depressing the inside of a Mumbai police station is. These boys are shuttling between cops and lawyers and reading clauses and justifying themselves when all they’d rather do is tweet snarky things about how tremendously the BJP bungled up the Delhi election.’ Seriously, this is indeed a sad day for a democracy, where freedom of expression should remain, one of the most fundamental right!