Each dialogue reflects what is actually in the minds of Indian families while arranging a match and planning their wedding. 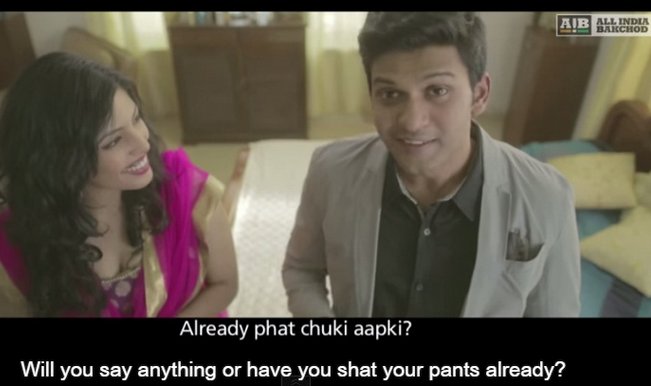 They’re back, and how! After the controversial AIB Knockout organsied by popular stand-up comedians All India Bakchod, it was felt that their forthcoming videos will not be met with much interest. That could be true about their video explaining the Net Neutrality debate. But with their newest offering Honest Indian Weddings Part 1 and Part 2, the AIB team nails it! We share with you AIB’s latest viral video Honest Indian Weddings (Part 1) that shows the real picture behind glitzy Indian shaadis. Each dialogue reflects what is actually in the minds of Indian families while arranging a match and planning their wedding. Also Read - AIB Fame Tanmay Bhat Opens up About Suffering With Clinical Depression, Says he Feels Paralysed

Right from dowry that can be given in Bitcoin currency to the qualifications of the bride and groom and their real wild persona and social networking side, to how the bride’s hobbies will be inevitably ‘killed’ by the groom, the AIB video shows it all. It goes on to take the case of shopkeepers who loot the two families involved in the wedding, and the Bollywood-style mandatory wedding ceremonies and photographs. Also Read - YouTube Channel AIB Announces The Exit of Gursimran Khamba, Tanmay Bhat no Longer The CEO

India.com had taken a rather strong stand against the AIB Knockout Roast in which Bollywood stars Arjun Kapoor and Ranveer Singh were primarily roasted and some others were also subjected to abuse by AIB and Roastmaster Karan Johar.

And we as fans of AIB’s original programming (viral videos), are glad that they have come up with something as thoughtfully scripted, shot and acted out as Honest Indian Weddings. Good job, AIB! Watch the Part 1 video here, and read the review and watch Part 2 here.