Aishwarya Rai Bachchan and Abhishek Bachchan are the epitome of what couple goals should be aimed at. The star couple is celebrating their tenth wedding anniversary on April 20, 2017. They got married ten years back on April 20, 2007. Aishwarya Rai Bachchan and Abhishek Bachchan are one of the most powerful couples in the Bollywood film industry since she is a former Miss World and one of the most sought after leading ladies and he is the scion of the most respected and revered actor in the film industry – Amitabh Bachchan. Abhishek Bachchan and Aishwarya Rai Bachchan have a five year old daughter Aaradhya who is the apple of their eyes. When every now and then some or the other celebrity marriage is coming a cropper these two creates newer goals for everyone to emulate. There are no rumours or scandals hiding in their closet and apart from a couple of love affairs prior to their marriage to each other Aishwarya and Abhishek have always had a spic and span clean image.Also Read - Bigg Boss 15: Salman Khan Unveils New Challenges For Contestants, Introduces 'Vishwasun TREE'

When every other fairytale relationship is biting the dust these two are going from strength to strength. Whether it is lending support to Aishwarya’s comeback movie or standing with each other through thick or thin, Abhishek Bachchan and Aishwarya Rai Bachchan have always presented a united and loving front. They were both invited to the Oprah Winfrey Show and were known as more famous than Brad Pitt and Angelina Jolie at that time. Here is a timeline of how their love story unfolded. Also Read - Salman Khan Talks About Relationship That Has Lasted This Long: It Has Brought Certain Permanence in My Life

Budding friendship Also Read - KBC 13: When Jackie Shroff Was Stopped by Abhishek And Shweta as he Went to Take Amitabh Bachchan's Autograph 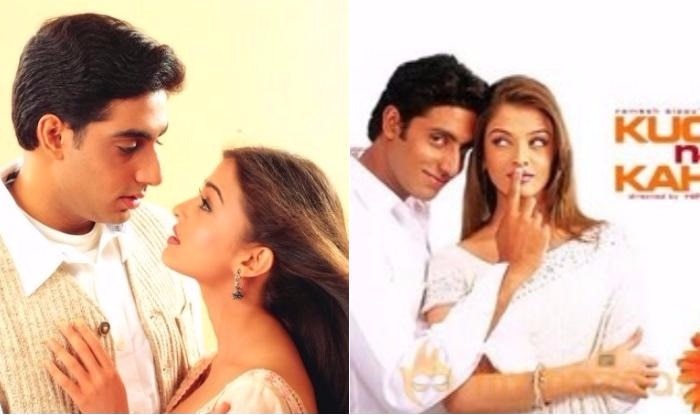 Aishwarya Rai Bachchan and Abhishek Bachchan first met on the sets of their film Dhai Akshar Prem Ke in 2000 and later worked in Kuch Naa Kaho in 2003. At that time they were just friends and had no inkling of what future will unfold for them. 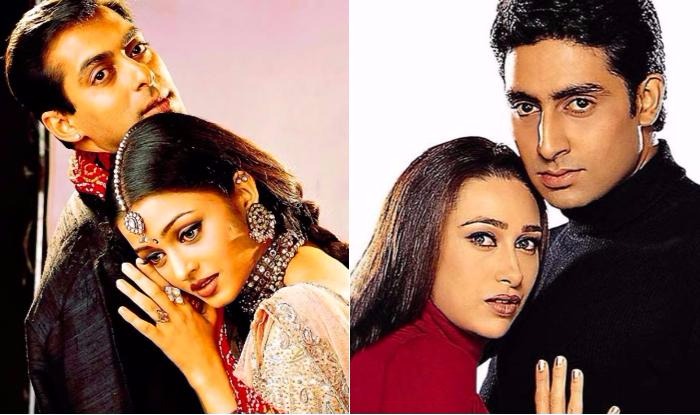 Back then, Aishwarya was involved with Salman Khan and Abhishek Bachchan was engaged to Karisma Kapoor. However, Abhishek’s engagement soon went caput and he went on to do more films at the time. What went wrong in his relationship with Karisma never came out and is not known Meanwhile Aishwarya Rai (as she was called at that time) was going through a tumultuous and abusive relationship with Salman Khan which resulted in her losing out on a couple of plum projects like Shah Rukh Khan’s Chalte Chalte which eventually went to Rani Mukerji. Soon because of Salman Khan’s abusive attitude towards Aishwarya Rai Bachchan they soon broke off and she found solace in the arms of Vivek Oberoi. But even with Vivek Oberoi the relationship was short-lived. During this time Abhishek Bachchan’s name was being associated with Rani Mukerji since they did a lot of hit films like Bunty aur Babli and Yuva together. 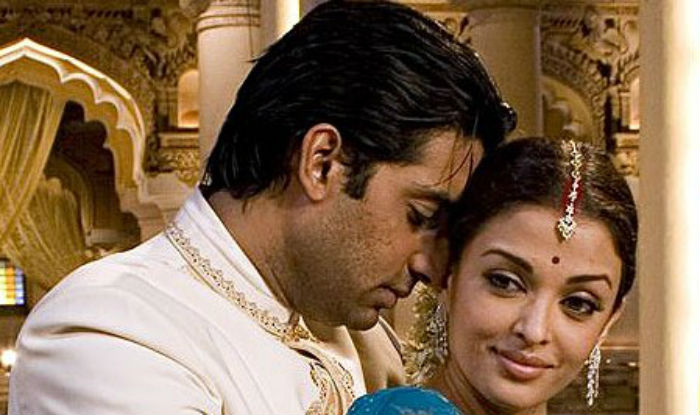 It is speculated that the attraction and the spark started when the two shot together for the song Kajra Re on the sets of Bunty aur Babli (2005). However it was only next year 2006-2007 when they got a lot of time to spend together on the sets of Umrao Jaan, Guru and Dhoom 2. It was on the extensive outdoor schedule of Dhoom 2 when love blossomed between the two. Guru cemented their relationship and attraction, the fact that the movie became a huge hit was the cherry on the cake for both of them. 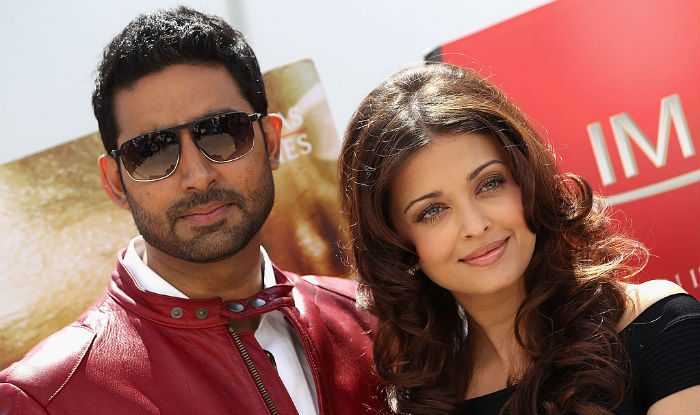 Finally it was the premiere of Mani Rathnam’s Guru in Toronto that sealed the deal for the two love birds. Abhishek Bachchan proposed to Aishwarya Rai in Toronto during the premiere of their movie and she immediately agreed. Aishwarya in one of her interviews had recalled that Abhishek had proposed to her with a studio prop and not actually a diamond ring as is the custom, but it was real for both of them and the gesture and emotions were more important than a materialistic rock. 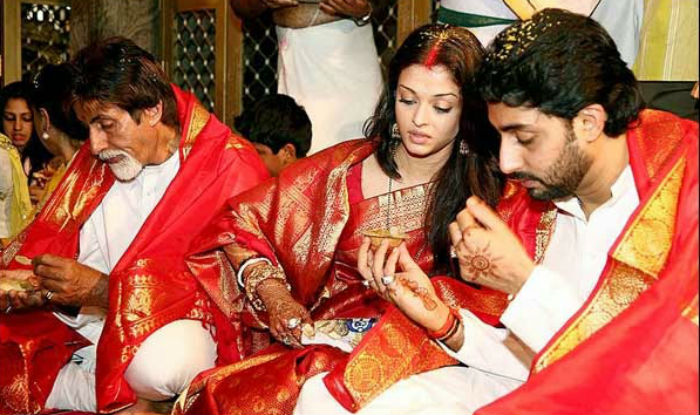 It was not hunky-dory for the couple, as they faced quite a few issues along the way to the altar. Rumours of Aishwarya being a ‘maangalik’ and that to curtail the ill-effects of it she had to get married to a tree started doing the rounds. It may sound regressive and backward but these rumours are still rife. 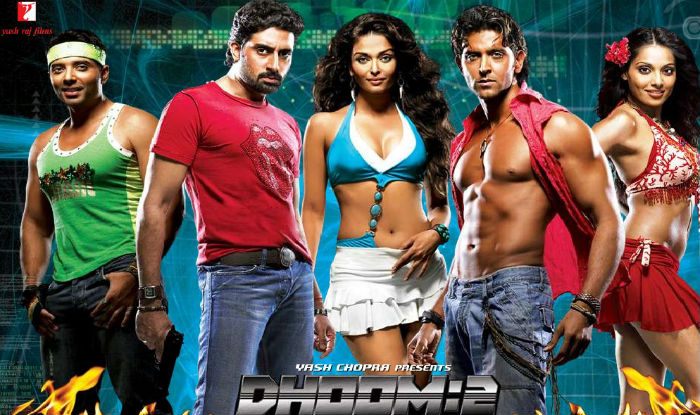 Abhishek Bachchan and Aishwarya Rai were both scheduled to appear in Dhoom 2 but Aishwarya was paired opposite Hrithik Roshan in the movie. Their sizzling chemistry and the famous liplock that they shared gave fodder to more rumours that the Bachchans are miffed about the kissing scene. Another name came up on the rumour mills, that of Jhanvi Kapoor who claimed that Abhishek had promised to marry her and slashed her wrists in supposed grief and anger. The whole Jhanvi Kapoor incident was shunned as publicity stunt and nothing could deter Abhishek and Aishwarya from marrying. 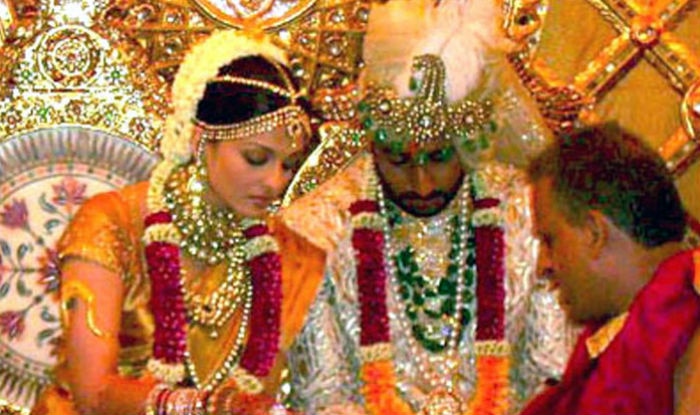 Abhishek Bachachan ans Aishwarya Rai’s marriage was the talk of the town for a long time. The couple got married on April 20, 2007. The baarat started from one residence of the Bachchans, Jalsa, to another house, Prateeksha. The wedding was one of the biggest events of the year and it was a mark of status for Bollywood celebrities and politicians who received an invite. Post the wedding the groom along with Amitabh Bachchan visited the Tirupathi temple to get the almighty’s blessings. They came together again on the silver screen in Raavan. 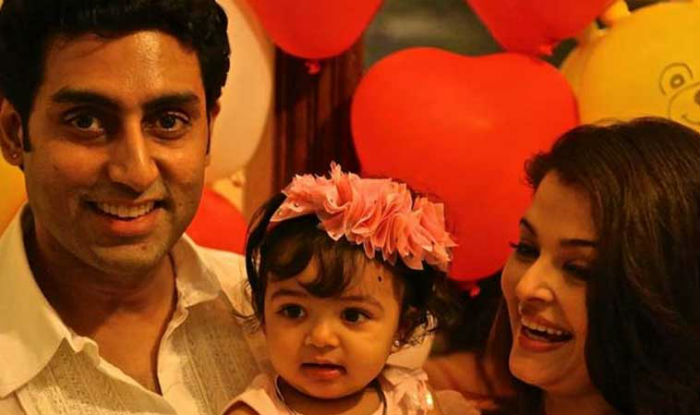 On November 16, 2011 Abhishek and Aishwarya welcomed their little daughter Aaradhya. Aaradhya Bachchan’s birth made the entire country go into frenzy and everyone was debating what should be the best choice of name for the little one. Aishwarya Rai Bachchan took a break from her film commitments for three years to look after her tiny tot and made a comeback to films only in 2015 with Jazbaa. Even Abhishek has been a hands-on and a doting Dad to Aaradhya and feels that bringing u a child is not only a woman’s role but a man’s priority too. 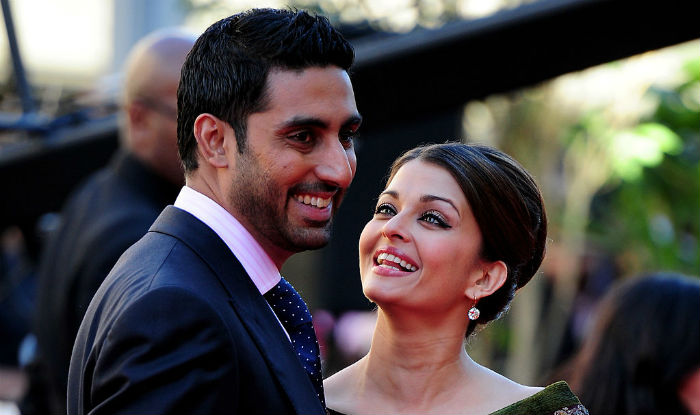 Today after almost a decade of being married, Abhishek and Aishwarya are the role models for younger generation. Their love and understanding has only grown and their respect and bonding has stood the test of time.