Akbar Khan, a devout Muslim to build Shiva temple in Jaipur as he believes ‘Allah and Ram are same’!

Bhooteshwar Mahadev, as the temple is called will be constructed in Rajasthan and will not have a linga or Lord Shiva statue but will have statues of the entire Shiva family along with a Shiva linga.

In modern times, we are so used to seeing news of communal strife and religious intolerance that when we even hear of the word peace, it comes as a surprise. When someone says something about uniting religions or burying the religious differences, it comes a front page news. We are so steeped in our religious and casteist biases that we instantly choose to ignore people from other religions and often discriminate against them. From the smallest of things like not making friends with people of a different religion to not entering each others places of worship, we do it all and we do it without even realising about it. So deep is discrimination instilled in us.

However, one man is rising above the caste and religion differences and is set to make as many believe as he can that no, God is not yours or mine. God is one. Akbar Khan belongs to the Muslim faith and the 39 year old is a devout Muslim. He visits mosques regularly and prays to Allah. Nothing new or different about that. However, one unique thing about him is that he worships even the Hindu God Shiva. He believes in Shiva as much as he believes in Allah. He does not disrespect any religion and thinks that God is one and that all religions preach the same thing. He has believed in Lord Shiva since childhood and believing in a Hindu God has not lessened his respect for Allah, the God worshipped in his own religion. 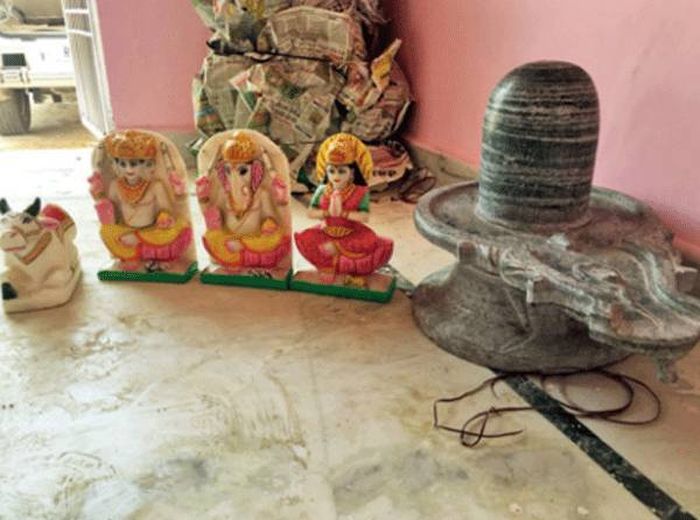 He now plans to construct a Shiva temple and unveil it to the public on April 30th. He has even organised a yagna and a puja before the unveiling of the temple! Bhooteshwar Mahadev, as the temple is called will be constructed in Rajasthan and will not have a linga or Lord Shiva statue but will have statues of the entire Shiva family along with a Shiva linga. That means the temple will have a statue of Goddess Parvati or Shkati (the consort of Lord Shiva), his sons Ganesha and Kartikeya and Nandi, his mount and gatekeeper. He has organised multiple programs like a yagna, bhajan evening, pujas and even some programs for women in the week prior to opening the temple. He believes this will help invoke Lord Ganesha’s blessings.

The temple has been constructed entirely by him without any financial aid or assistance. He runs a school and is hopeful that with the new temple, a good message will be passed onto the children and it will help them learn about unity. Talking to The Times of India, he said, “Allah kaho ya Ram, kya farak padta hai (Whether you say Allah or Ram it does not matter). I am thankful to Lord Shiva that he has chosen me for the task. I have constructed the temple without any financial help. There was no temple in Om Vihar Colony. I got the idols from Sikandara in Dausa.” So far, he has not faced any objection from any members of both the religious communities. “I never faced any kind of objection. With this temple I would like to give a loud and clear message that whether you call Allah or you call Ram both are same. Members of all religion should respect each other’s religion.”

Kudos to the man and we hope others learn from him and spread the message of communal harmony!