America’s Got Talent 2015: This little kid singing Frozen song In Summer will amaze you with her confidence! 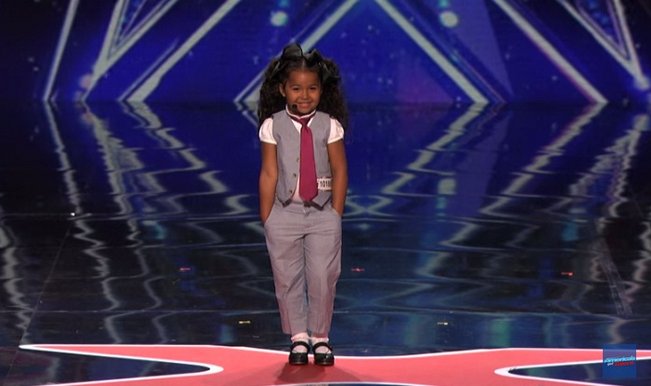 You’ve got to see this America’s Got Talent 2015 video now! If not for the little kid singing Frozen song In Summer, which will make you smile anyway, then for the confidence the child oozes. Heavenly Joy Jerkins is an American girl who casts a spell on the judges of  America’s Got Talent 2015 right after her entry. She is so smooth in front of the senior judges; she has no fear! Also Read - Parineeti Chopra Looks Radiant in Blue Dress as She Kick-Starts Her Weekend in Goa With Her Girl Gang

Heavenly also tap dances merrily while singing In Summer, the song we all love. Her cute formal outfit and her smile just add to the whole drama. On top of that, when a judge mentions that she doesn’t know of girl band Spice Girls – one of whom is amongst the judges – Heavenly smartly says, “I wasn’t born yet, no!” How cute is that! Also Read - Priyanka Chopra Jonas Enjoys Family Time in Delhi With Mother Madhu Chopra, Stuns in Black Dress