Taking to her Instagram handle’s story feature, Amy shared the pictures which showed her donning a black and white printed bikini as she posed along with her dog in one picture, testing the pool waters’ temperature. The other picture saw George lifting Amy inside the pool. Also Read - Amy Jackson Shares Sizzling Hot Picture in Red Monokini While Holding Her Son Andreas on Sandy Beach 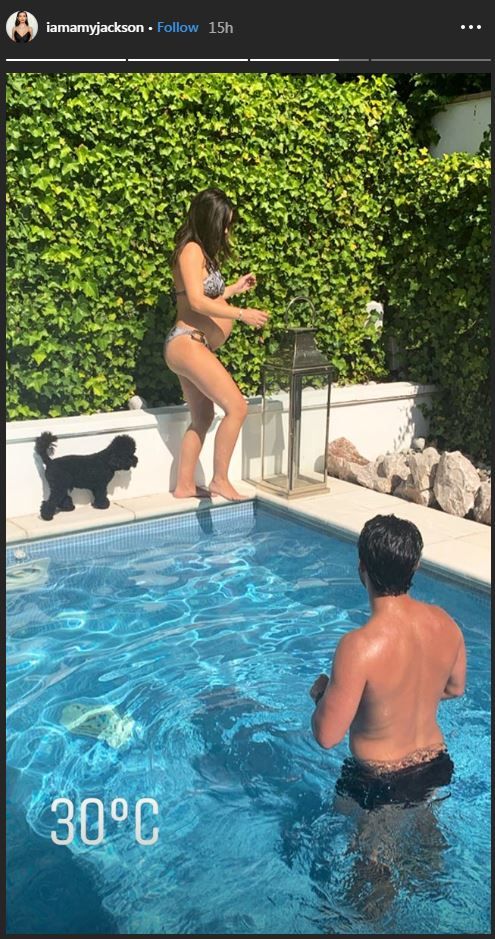 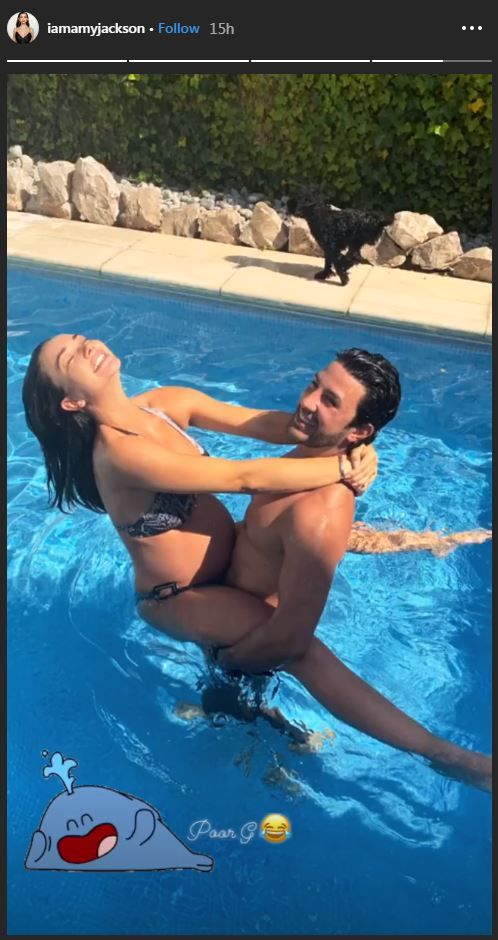 Amy, who made her debut in Indian cinema with Tamil movie Madrasapattinam, is expecting her first child with her fiance and hotelier George Panayiotou, the son of British businessman Andreas Panayiotou. Amy and George have been together for the past four years now. The rumours of their relationship first made the rounds in the year 2015. However, on New Year’s eve this time, Amy announced her engagement with George. She posted a photo of the man kissing her as she flaunted her engagement ring.

She revealed through an Instagram post that she is expecting her first child with boyfriend George Panayiotou. The picture had a silhouette of Amy and George against the backdrop of sunset with him planting a kiss on Amy’s forehead. The heartfelt caption following the post revealed that it was being difficult for her to hold the excitement.

Apart from Tamil movies, she has also starred in Telugu, Hindi and Kannada films. She is also known for playing the role of Imra Ardeen/Saturn Girl on the third season of The CW’s superhero series, Supergirl.