Jolie accused ISIS terrorists of using rape as a 'policy'. 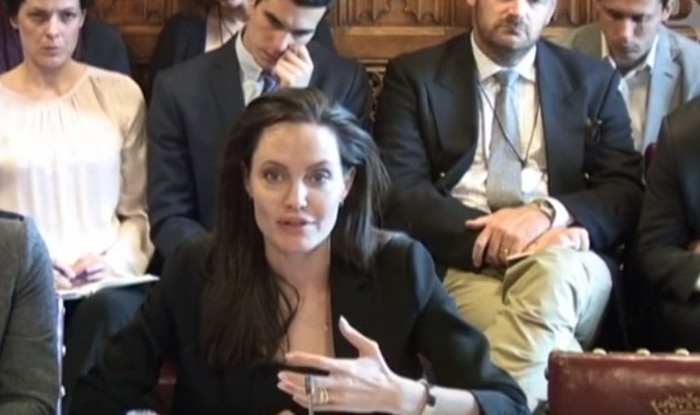 Hollywood actress Angelina Jolie, the United Nations special envoy, recently spoke out against the atrocities of the Islamic State of Iraq and Syria (ISIS) against young women and children. The award-winning actress was speaking at the British Parliament on Tuesday, September 8, on the brutal sexual violence of the ISIS with girls as young as seven years old. Also Read - Women Can't Say 'No to Sex' In Poor Nations, Says UN Report

Jolie accused ISIS terrorists of using rape as a ‘policy’, while speaking about heartbreaking stories of young girls who had been abused and attacked by the group over the years. “The most important thing is to understand what it’s not: it’s not sexual, it’s a violent, brutal terrorising weapon and it is used unfortunately, everywhere,” Jolie said. Also Read - MP Shamed Again: Grandfather Rapes 6-year-old In Front of Her Toddler Brother, Gives ₹20 to Keep Mum

“The most aggressive terrorist group in the world today knows what we know; knows that it is a very effective weapon and (is) using it as a centerpoint of their terror and their way of destroying communities and families and attacking, destroying and dehumanising,” Jolie added.

“Many of the victims are now coming out of the shadows,” she said, while emphasising that that’s a good sign that they feel they can be heard. Watch parts of Jolie’s speech here.