This is yet another Sourav Ganguly video from the locker room. 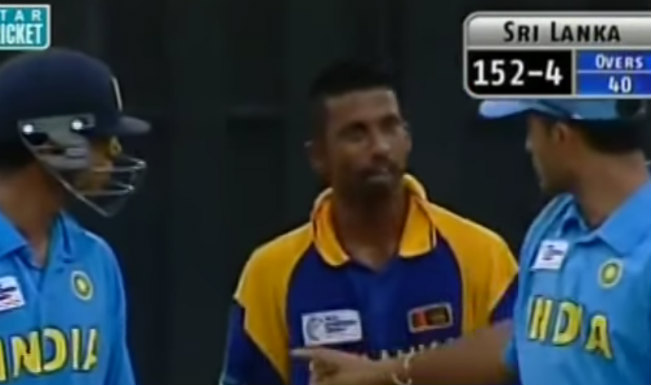 This is yet another Sourav Ganguly video from the locker room. Sourav Ganguly was a fearless captain and spoke up for the team. This video is from 2002 when he asked Sri Lankan batsman Russell Arnold to not run on the pitch. He tried to damage the pitch in order to give undue advantage to the Sri Lankan spinners who were to bowl in the second innings of the match. Also Read - 'Get Well Soon, Dada': Fans Send Love, Tweet Wishes After Sourav Ganguly Hospitalised in Kolkata

With the likes of Muttiah Muralitharan in the side any aid for the spinners would have proved beneficial for the Sri Lankans.  Initially Rahul Dravid warned Arnold after which Ganguly spoke up. After a bit of argument, Ganguly said, “I’m just saying keep away, don’t f*ck around”. (Also Watch: Best of Sourav Ganguly and Rahul Dravid in Commentary – Must watch for cricket fans)  Also Read - Sourav Ganguly Taken to Kolkata's Apollo Hospital After Complaining of Chest Pain | Live Updates