The viral photos of a younger (read: super cute and innocent) Anushka Shetty are doing the rounds on the social media, and it has an interesting tale.

Anushka Shetty is the new poster girl of Indian cinema industry. We saw her weave magic on the silver screen with the portrayal of Maharani Devasena in SS Rajamouli’s blockbuster Bahubali 2 movie. The audiences cannot stop praising Anushka’s beauty, acting chops and crackling chemistry with Prabhas ever since the monumental success of Baahubali 2: The Conclusion. But the hot South Indian actress pictures from her first photoshoot reveal a shocking story – Anushka was rejected after an audition. The viral photos of a younger (read: super cute and innocent) Anushka Shetty are doing the rounds on the social media, and it has an interesting tale. Baahubali 2 actress Anushka Shetty as Maharani Devasena is making us swoon with her feisty and elegant royal look! Also Read - As Boycott Kareena Kapoor Khan Trends, Netizens Demand Kangana Ranaut, Yami Gautam To Be Offered Sita's Role

Maharani Devasena of Indian showbiz aka Anushka Shetty had finished her schooling in Bengaluru and did her Bachelor of Computer Applications at the Mount Carmel College. The studious girl was quite enchanted by the dazzling world of modelling and cinema. Anushka wished to become a star, and hence she gave a shot by posing in front of the camera. She may be the biggest female stars in the country but impressing the industry professionals for an outsider is never an easy task. She was rejected after giving the audition, but those pictures of an innocent Anushka remains memorable. Also Read - Durgamati Trailer Twitter Reactions: Netizens Compare Bhumi Pednekar's Performance With Anushka Shetty And They Are Not Impressed!

Anushka Shetty made her debut in the glamour world of cinema at the age of 23. Her first film was Puri Jagannath’s 2005 Telugu film Super also starring Akkineni Nagarjuna and Ayesha Takia. Touted to be just ‘delight for the sore eyes’, the actress was complimented for her curvy figure and nothing much in the acting department. She tasted success with SS Rajamouli directed Vikramarkudu opposite Ravi Teja, but despite the film being a huge box office blockbuster, Anushka remained a prominent part courtesy her ‘all the assets to that a woman ought to have’, as per reviewed by a movie critic. Also Read - Durgamati Trailer: Bhumi Pednekar Impresses in This Not-so-Scary Drama With a Haunted Haveli, Wandering Soul And Political Conspiracy 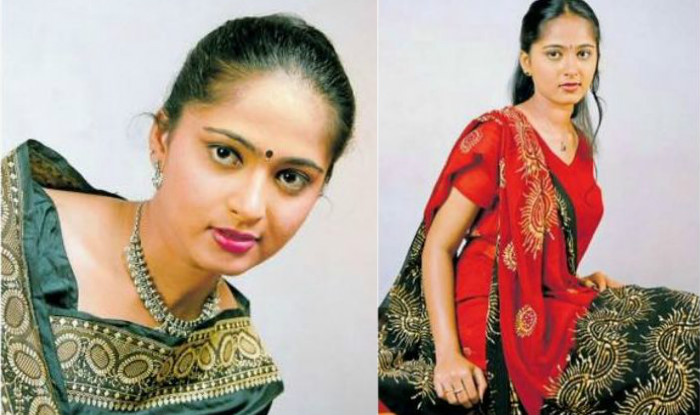 The ambitious star showed off her impressive acting skills in 2009 film Arundhati, a dark fantasy film. She bagged Filmfare Award for Best Actress – Telugu for her portrayal in a double role. Her 2010 film Vedam and 2015 epic historical fiction Rudramadevi, won her the two more Filmfare Award for Best Actress- Telugu. From being a commercially successful actress to doing films reflecting her true-blue acting, Anushka Shetty has done it all. Seeing her pictures from her struggling days to becoming the queen of the box office, it has truly been a remarkable journey for Anushka or shall we continue saying, Maharani Devasena.