The 436-kg weighing, Arbab Khizer Hayat, has done various stunts like stopping a tractor with his bare hands and has a huge fan following in his hometown, Mardan in Pakistan.

Wrestling and weightlifting have been a passionate sport for many. However, this Pakistani man’s passion and dedication have taken the world by surprise. Twenty-five-year-old, Arbab Khizer Hayat is a giant man who works hard to maintain his weight. Pakistan’s Hulk Man, Hayat weight 435 kgs and maintains a strict diet and aims at representing Pakistan in the World Wresting Entertainment (WWE)! Also Read - Indian Weightlifting Federation Halts Usage of China-made Equipment Due to Defects

The 436-kg man has done various stunts like stopping a tractor with his bare hands and has a huge fan following in his hometown, Mardan in Pakistan. Hayat follows a strict diet which includes eating 36 eggs for breakfast! He started gaining weight in his teens and has been making efforts to become the strongest man on earth. Hayat, who is popularly known as Khan Baba, has gained popularity on the internet after posting videos impressively showcasing his strength by preventing vehicles from backing and lifting them comfortably. ALSO READ: Meet the World’s Fattest Woman, Iman Ahmad Abdulati, weighing 500 kg! Also Read - Former World Champion Mirabai Chanu Worried Over Tokyo Olympics 2020, Says All Efforts Will go Waste if Games Get Cancelled Due to Coronavirus Pandemic

The weightlifter recently claimed to have lifted 5000 kilograms in an event held in Japan in 2012. He claims to consume over 10,000 calories a day, including 36 eggs for breakfast, four chickens, three kilograms of red meat and five litres of milk. This wealthy man from Mardan has been looked up to in his hometown. However, many people claim that his scary looking hulk-ness is a facade. There have been various people worldwide who call this Pakistani Hulk for his fake claims and also raised questions to the authenticity of his videos.

The videos of Hayat which show the heavy man easily gaining control of the vehicles with minimal efforts as the vehicles struggle to get away from the man’s strength. The force used by the vehicles would ideally break the ropes which are attached, but nothing of that sort happens. Another important point that needs to be considered is that Hayat is always seen wearing a traditional Pakistani Pathani and covered with a shawl. This gives him an opportunity to use padding and appear larger that he actually is. His record of having lifted 5000 kilograms is not documented and is merely claims thrown around by the man. 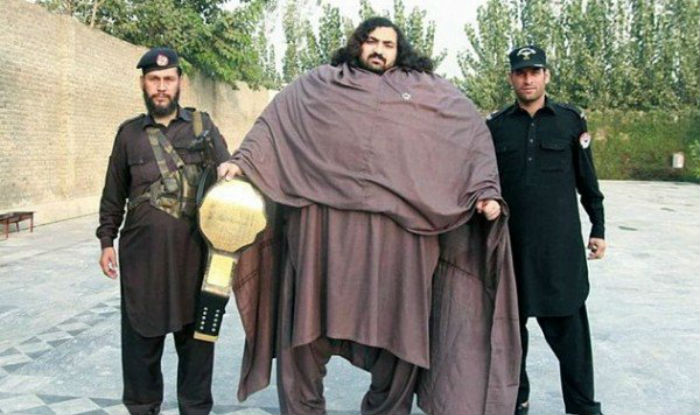 While Hayat claims that he is the strongest man in Pakistan and has also assured that he has no health issues, the heavy lifter may not last in the ring of WWE as stamina is a more important aspect of WWE than strength. However, this is a far fetched thought for the heavy weighted man to consider. 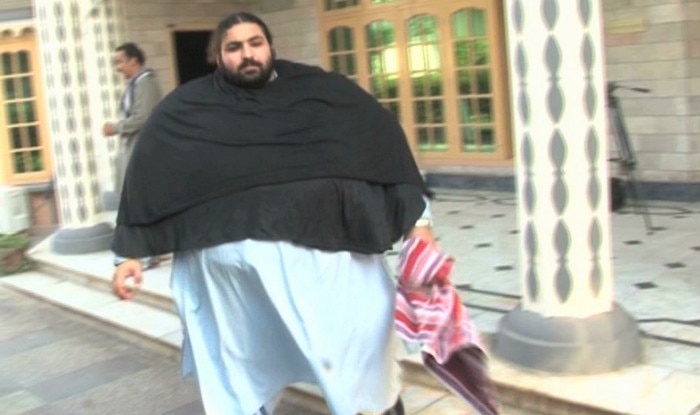 Hayat’s choice of gaining this incredible amount of weight is both dangerous and extremely unhealthy, even if it is with a view of becoming the WWE champion or the strongest man on earth. There is a distinct line between being huge and being strong that needs to be highlighted and clearly Pakistan’s Hulk cannot distinguish this line.