Arnab Goswami can talk without shouting: Watch video for proof

Arnab Goswami has made a name for himself by showing papers and yelling on Times Now's debates and other special coverage shows on news. But, there was a time when he was capable of having a polit 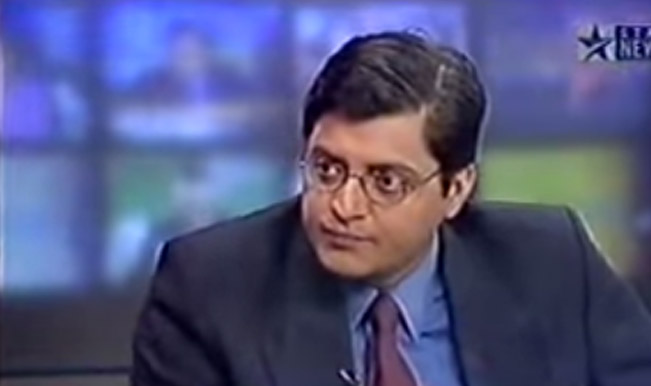 Arnab Goswami has made a name for himself by showing papers and yelling on Times Now’s debates and other special coverage shows on news. But, there was a time when he was capable of having a polite conversation, without spinning a web of lies and mainly, let other people talk. In 2001, on an election analysis show on Star News and under the leadership of a younger Rajdeep Sardesai, Arnab Goswami does not interrupt the guest speakers on the show, nor does he raise his voice. Also Read - While Bollywood Actors Support Filmmakers Who Moved HC Against Two News Channels, Kangana Ranaut Expresses Disappointment

Coming to 2014, except when Dr Subramanian Swamy is a guest speaker, no one can even try to tame the wild beast that is Arnab Goswami as he rambles on and on during the debates. His stubborn child’s attitude seemed like a fresh start to journalism as the media takes a side and sticks to it rather than be diplomatic but off late it has become a nuisance. The proof that his antics aren’t winning any more brownie points with the audience or proving his points are evident in other English channels mocking Times Now as they inch their way up and close the gap between them and Times Now. Also Read - 'Stop Media Trial of Bollywood': 2 Top News Channels, Their Anchors Sued by Leading Filmmakers

Arnab Goswami seems calm, he is easy to recognize unlike Rajdeep Sardesai who looked better 13 years ago. The Arnab Goswami from the past wears dorkier glasses and tries to make his way up the journalism ladder while trying to make his presence known on national television. Watch the video below for proof that there was a time when Arnab Goswami didn’t need Dr Subramanian Swamy breathing down his neck to clean up his act.