If you really are not fans of Ranveer Singh, Parineeti Chopra or Ali Zafar, then this video is a must watch for you as there are some classic insults. 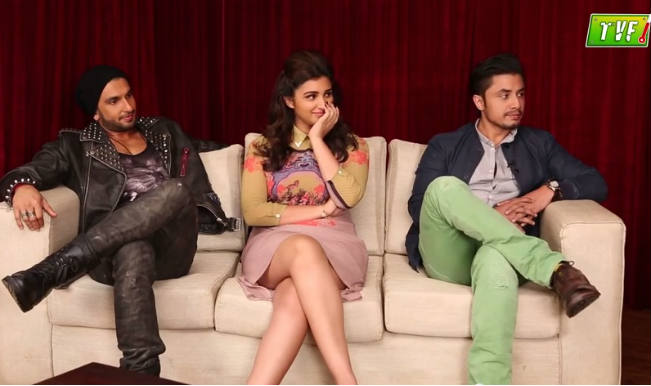 Oh My God! is the first reaction when you watch the latest video by TVF’s Barely Speaking With Arnub as poor man’s Arnab Goswami ripped the Kill Dil star cast apart barring Ali Zafar. After Shah Rukh Khan became a part of TVF in their last video, the young stars of Kill Dil – Ranveer Singh, Parineeti Chopra and Ali Zafar would have thought of as a great medium for promotions. But our man, Arnub has nailed them by insulting them left, right and centre. Also Read - It's a Girl For Anushka Sharma, Virat Kohli! From Alia Bhatt To Sania Mirza, Celebs Pour In Their Congratulations!

The video starts with Ranveer Singh being mistaken as Roadies fame Rannvijay Singh and later being taunted as “an actor with a face that is good enough to be on TV”. Parineeti Chopra was slammed as Priyanka Chopra’s beta version and Ali Zafar is called South East Asia’s Justin Timberlake! The whole video has Arnub killing the Kill Dil lead actors with rather offensive remarks till Pakistani actor Ali Zafar makes a comeback by calling him an ‘idiot’. Also Read - Deepika Padukone, Ranveer Singh Recount Their Love Story, Say 'Ang Laga De Kiss Was So Intensely Passionate'

So if you really are not fans of Ranveer Singh, Parineeti Chopra or Ali Zafar, then this video is a must watch for you as there are some classic insults.

P.S. Biswapati Sarkar or Arnub with ‘U’, we hope to see you nailing Arnab with ‘A’.