Is this the same Owaisi who spew venom against Hindus? 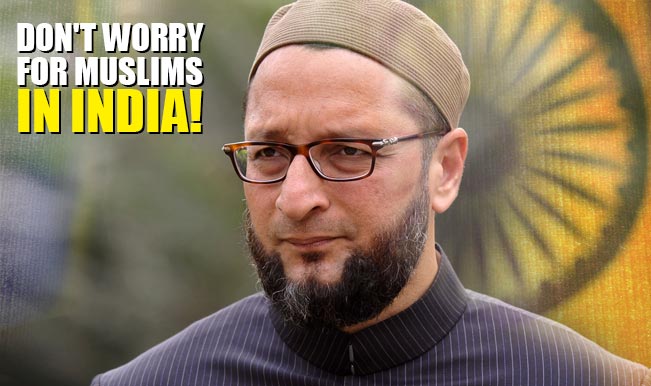 Assadudin Owaisi is someone who is no stranger to controversies. In a recent episode of Narendra Modi-led Centre government contemplating the celebrations of International Yoga Day on June 21, Owaisi courted another controversy when he stated that Yoga is anti-Muslim. Also Read - BJP's Tejasvi Surya Calls Owaisi 'Jinnah's New Avatar', Says Every Vote For AIMIM a Vote Against India

However, it may come as a surprise to many, but the new face of Muslims in India also has another side, which not many people have seen. A video has surfaced on YouTube which shows a patriotic Owaisi taking on Pakistan authorities head on, almost single handedly. Sitting alongside him are Congress spokesperson Mani Shankar Aiyar and BJP’s Kirti Azad as India ‘srepresentatives but it is Owaisi who rips apart Pakistan panelists over several critical issues. Also Read - Love Jihad Bill Row: Propagation of Hatred Won't Work, Owaisi Hits Out at BJP

Issues such as Samjhauta Express and 2002 Godhra riots are also popped in the heat of a debate. Irrespective of his polarising statements in the country, Owaisi leaves no stone unturned to uphold the dignity of the Indian judiciary on foreign soil. During one of his stern replies to the Pakistan panelists, Owaisi says, “We have had decided about this before 60 years that India is our country and we belong here. You people should not worry about the Muslim community in India.” (Also watch: Asaduddin Owaisi: Embracing Islam will be real home coming)

Whether or not he adheres to the same ideology in India, seeing Owaisi silencing panelists of Pakistan was a real treat to watch. See the full video below: