Can you wait for Avengers: Age of Ultron? We can't after watching the third trailer. 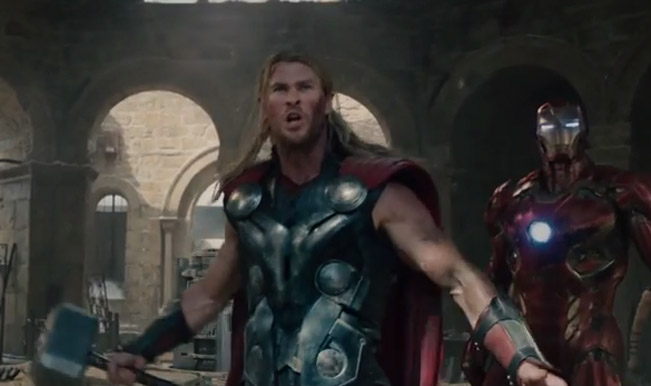 Marvel’s Avengers Age of Ultron has the heroes who saved the island of Manhattan from annihilation together again to fight the evil that is Ultron. Ultron, the new trailer explain, was a failed concept of AI (Artificial Intelligence) from Tony Stark that grew self aware and seeks out human beings as the obstacle against its goals. The third trailer adds a bit of soul and depth to the movie and goes deeper into the roots of the problem as Iron Man confesses that the world has to suffer because of his mistake which was aimed at a much better and advanced world. Also Read - The Girl On The Train Trailer Out: Parineeti Chopra as Meera is Full of Secrets And Suspense | Watch

There is an element of love and comic appeal in the trailer as well. The Hulk and the Black Widow are seen falling for each other in the first Avengers film too but the trailer suggests that after avoiding human contact of the opposite sex to avoid a tragic end, Dr. Bruce Banner has to keep his heart rate low otherwise his alter ego, the Hulk who likes to smash emerges and things get messy. His abilities start to fail in keeping his defence mechanisms up and the trailer shows the two having a romantic moment. Also Read - WandaVision Full HD Available For Free Download Online on Tamilrockers And Other Torrent Sites

When it comes to comedy, Captain America, Thor, the Hulk and Iron Man seem to have won a small bout when Thor challenges Ultron if that’s all he’s got and he sends hordes of enemies towards them and even the first time that you watch it, you question Thor, “You had to ask?” just as Captain America follows your lead as the four engage in what the Hulk loves to do, SMASH! Avengers: Age of Ultron releases in theatres on May 1st, 2015. Check out the third trailer from Avengers: Age of Ultron here.