Anushka Shetty floored us with her sword wielding, arrow shooting and graceful dancing moments from the Baahubali 2 aka Baahubali: The Conclusion trailer! In love with her feisty yet royal and elegant look from the movie, we simply cannot get over our fascination for Maharani Devasena !

And our Thursday morning went for a complete spin with the release of the highly-awaited Baahubali- The Conclusion trailer. Stunning, spectacular and a visual delight, the trailer comes close on heels with the 2015 blockbuster, Baahubali: The Beginning. As we underwent a slew of emotions watching the trailer, we couldn’t help but fall hopelessly and irrevocably in love with the lead actress, Anushka Shetty. Prabhas, who plays Amarendra Baahubali, romances the feisty Maharani Devasena, played by Anushka Shetty. Looking elegant and fierce at the same time, Anushka Shetty packs a towering performance with her steadfast gaze and lithe movements!Also Read - Mahesh Babu Gets COVID With 'Mild Symptoms', Jr NTR and Anushka Shetty Wish Him a Speedy Recovery

Making us swoon over her amazing screen presence, Anushka Shetty as Maharani Devasena radiates a power that’s hard to miss. The movie is slated to release on 28 April 2017 and while we remain on tenterhooks on the offerings of this movie, here is a quick style review of the leading lady Anushka Shetty’s look from S. S. Rajamouli’s  magnanimous silver-screen affair! Also Read - Radhe Shyam Release Date: Prabhas-Pooja Hegde Starrer Gets Postponed Due to Omicron Concerns 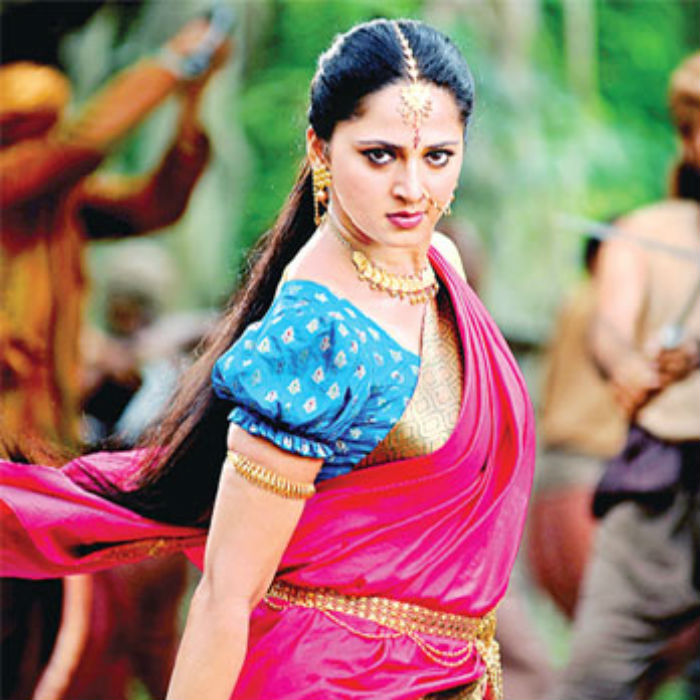 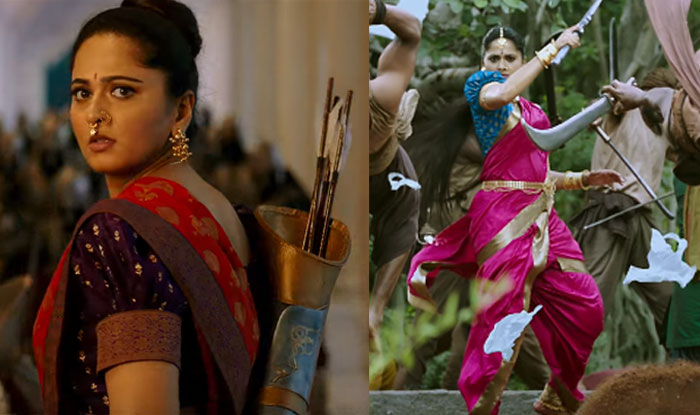 Wearing a bright rani pink saree with a teal blue puff-sleeved blouse, we are intrigued with Anushka Shetty’s splendid draping style, inspired heavily from the traditional Maharashtrian navvari saree draping style. It does make sense to drape the saree this way, to allow ease of movement whilst indulging in sword fights. Wearing a kamarpatta, mang tika, bangles and a baju bandh, Anushka Shetty pulls off the traditional royal fineries with elan. Pulling off two royal colors together and with her hair flying, Maharani Devasena looks beautiful yet daunting! 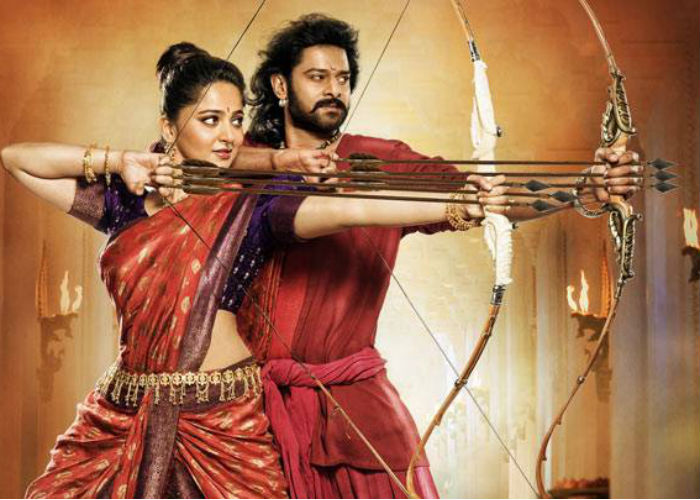 In yet another look, Maharani Devasena is seen in a tomato red saree with a violet border that is in sync with her puffed sleeved brinjal colored blouse. Armed with arrows on her back, and an alarmed expression on her face, Anushka’s tight, no-nonsense bun with a dangling nose pin and statement earrings are amazing! 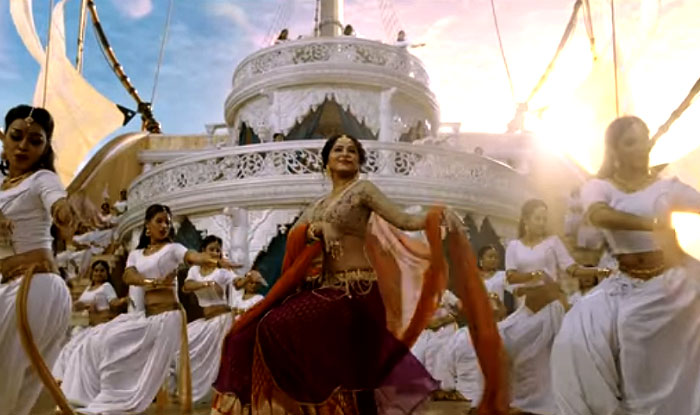 And of course, there is a dance sequence, Maharani Devasena red-orange lehenga with a beige colored full sleeved choli and an opulent kamarpatta. With some seriously heavy jewelry of earrings, necklace, mang tika and bangles, Anushka Sharma pulls off the lady in love look with such a rare finesse.

Breathtakingly beautiful, Anushka Shetty added yet another milestone to the aesthetically appealing mélange of on-screen royal looks and we await with much delight for more looks from more upcoming trailers or looks from Baahubali-2. And if you haven’t already, do catch the trailer right here!