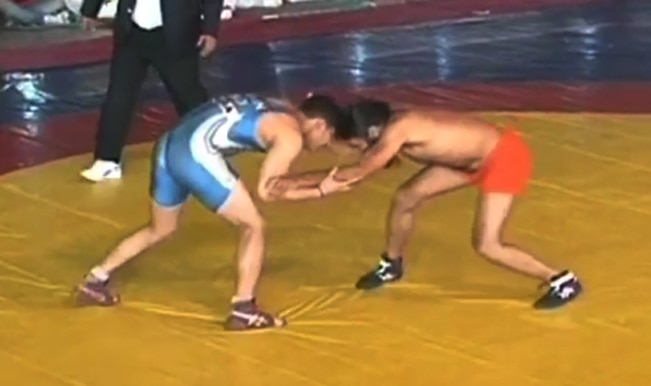 Celebrating the 20th Foundation Day of his ashram Divya Yog Mandir, Yoga guru Baba Ramdev came out in his all new avatar as a wrestler. Baba Ramdev, who is popularly known for his abdominal movements while doing ‘Pranayaam’, showed his wrestling skills to the world. Also Read - Yoga to Avoid Groin Injury: How to do Padahasthasana, Vrikshasana, And Titliasana

The Yoga guru celebrates the foundation day of his ashram in a pompous fashion. He organizes several games like Wrestling and Kabaddi at national level with players across the country showing active participation. To further cheer up the wrestlers, Baba Ramdev decided to enter in the ring and put his wrestling skills to test. Also Read - Kareena Kapoor Khan is Not Sure If Taimur Ali Khan is Stretching Post Yoga Or Nap | See Photo

In this video, Baba Ramdev is seen fighting with a young wrestler. So, how exactly did the yoga guru known for his impeccable flexibility do in front of the young wrestler? Was he humiliated and stood no chance in fighting against a young blood or did he emerge triumphant?

Revealing the secret of his unknown talent of wrestling, Baba says that he learned some of the wrestling tactics during his young days at the “gurukul”. Olympic Silver and Commonwealth Games Gold Medal winner Sushil Kumar also praised Baba’s wrestling skills. “The performance of Baba Ramdev was spectacular. People from all around the world should see his enthusiasm,” he said. Advising your wrestlers, Baba asked them to during cow’s milk to be healthy and fit.

Watch the video below to enjoy all new avatar of Baba Ramdev: