Baby girl born with two torsos, four arms and four legs in India! Watch video of deformed newborn from Bihar who is no more

Due to a rare congenital deformity, the fetus did not develop to its full extent and the conjoined twins were merged into one baby with two torsos, four arms and four legs.

A shocking video showing a baby girl born in Bihar having two torsos, four arms and four legs is going viral on social media. The parents of the deformed baby were left in agony as the child with a rare disorder died a few hours after being born. The video has the doctor examining the child who concluded that the fetus was of twins who were conjoined due to rare conditions. As the news of the baby spread, the hospital was crowded with people who were lurking to get a look at the baby. The parents of the little girl, Suresh Saw and Savita Devi were left in a state of shock at the unforeseen complications. Holy Cow! Calf born with human face hailed as Lord Vishnu avatar and worshipped at Muzaffarnagar in UP! See pictures

According to reports, the parents took every care possible to have a healthy child, however, due to a rare congenital deformity, the fetus did not develop to its full extent and the conjoined twins were merged into one baby with two torsos, four arms and four legs. The baby was rushed into intensive care as soon as the doctors realised about the complication, however, despite the medical help, the child could not survive the adverse condition of her body and died in a few hours. The little girl’s parents were left to deal with the loss even as many people crowded at the Bihar hospital to look at the deformed child.

The baby’s father is a farmer and her mother, a housewife said that they were deeply saddened by the death of their child, but also added that whatever happened was good as the child would have had to deal with a lot of pain if she had survived. Meanwhile, the father of the deformed baby girl said that he believed that this was god’s way of punishing them and blamed it on destiny. “God must have cursed us for some sin; we committed in our previous life,” Suresh said. Here are the pictures and video of the deformed baby girl with two torsos, four arms and four legs.

The baby were conjoined twins who did not fully form 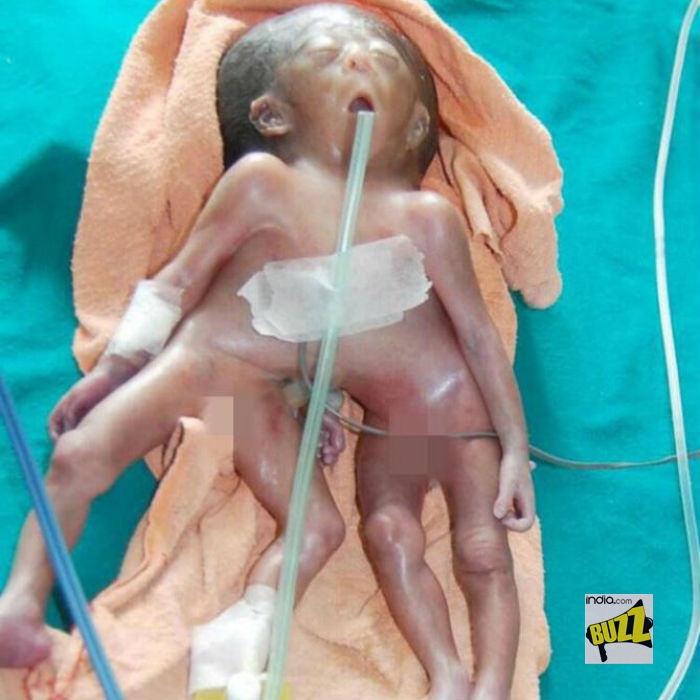 The doctors tried their best to save the baby 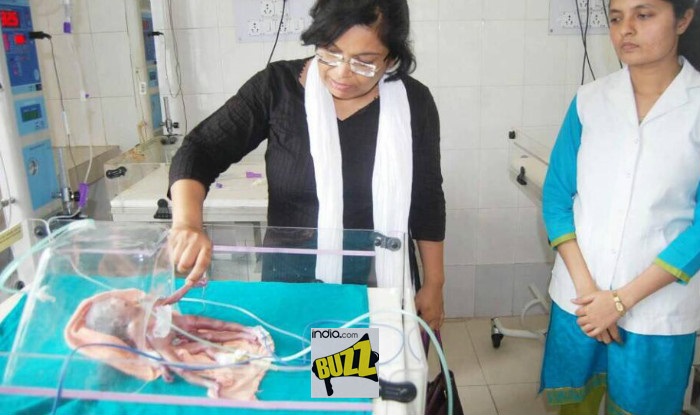 Here is the video of the baby with two torsos, four arms and four legs

The doctor who helped in the delivery, Dr Mukesh Kumar spoke to The Sun and said, “This is called congenital deformity. The foetus didn’t grow properly in the womb due to some reasons. The was plagued by an extremely rare condition where a conjoined twin did not fully form. Instead of growing a separate body, the other undeveloped baby’s limbs absorbed into his as a result of polymelia. The rare disorder occurs in the womb when the cells form abnormally during embryonic development.”