On first look, it appears to be a shadow of the leopard in focus but the majestic view leaves one wide-eyed as they realise that it is Black Panther, like Bagheera straight out of The Jungle Book. Wildlife photographer Mithun H recently took the Internet by storm as he shared mesmerising shots of leopard ‘Saaya’ and black panther ‘Cleopatra’, after waiting for six days in Karnataka’s Kabini forest.Also Read - Third Wave of Corona in Karnataka? Rising Viral Flu Cases of Children in 12 Districts Keep Authorities on Their Toes

Earlier, the pictures of an elusive black panther in the same jungle went viral on the Internet after photographer Shaaz Jung shared its incredible shots. Unlike Mithun, Shaaz had reportedly tracked the panther for the last five years and 12 hours every day, which taught him the art of patience. Also Read - Karnataka Lockdown: Officials Take Strict Action Against People For Entering State Without RT-PCR Test Report

Mithun however, landed with the breathtaking sight after a deer call during on winter morning led him to it. Calling the leopard and the panther “the eternal couple”, Mithun elaborated on his Instagram handle, “Saaya and Cleopatra have been courting since 4 years now and whenever they are together it’s a sight to behold. The forest comes alive as they trot nonchalantly in his fabled kingdom. Usually in the courting pairs generally it is the Male who takes charge and moves around with the female following close behind. But with this couple it was definitely Cleo who was in charge while the Panther followed. Also Read - Karnataka: Was Offered Money to Join BJP in 2019, Claims Former Minister Shrimant Patil

“https://www.instagram.com/p/CC0-NP3JMmO/?igshid=21ivlmzffsvo
Grabbing eyeballs and leaving the Internet smitten, the comments section was soon flooded with awed reactions. While some called him “lucky”, some wanted a print of the photographs for themselves and we don’t blame them.

Check out netizens’ reaction on the picture here: 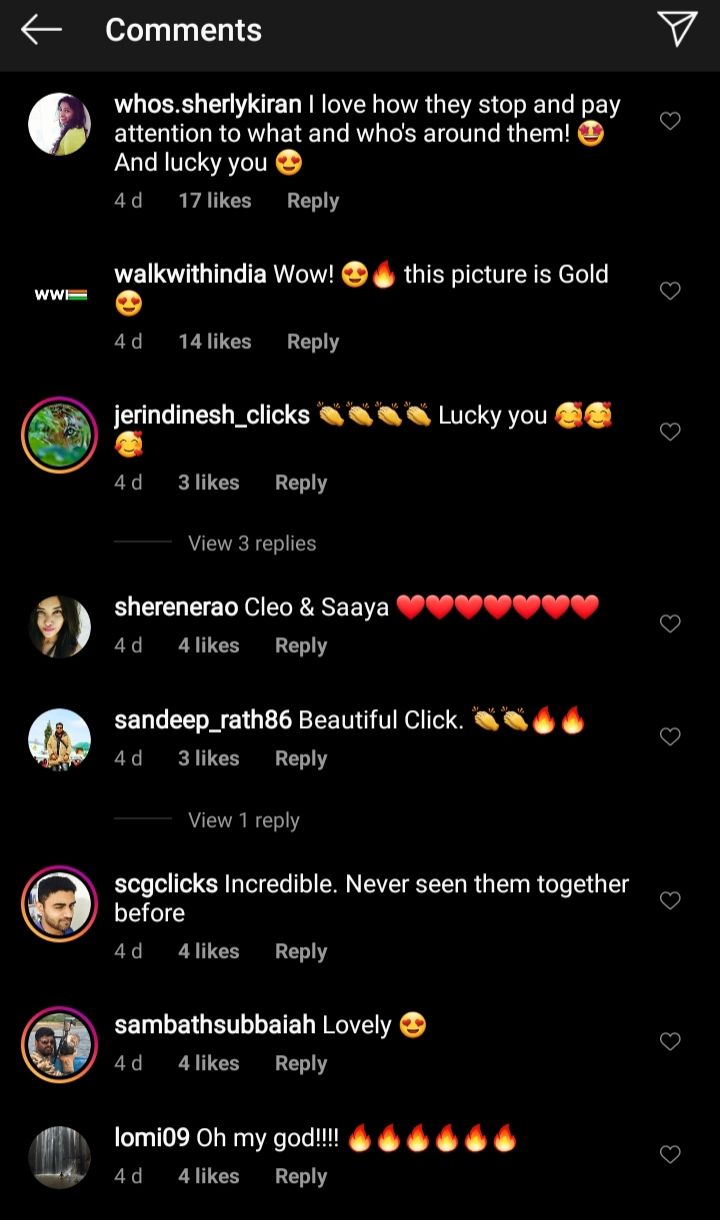 If this is not the most jaw-dropping picture on the Internet today, we wonder what is!