The money earned by Bahubali 2 director, SS Rajamouli is a secret which is attracting as much attention as the movie’s biggest suspense, why Kattappa killed Bahubali.

The buzz around Bahubali 2: The Conclusion is never ending. Bahubali 2 movie has already crossed the Rs 500 crore mark in box office collection according to reports and is nearing the Rs 1000 crore target. However, a curious thought that has crossed most of our mind is what was the Bahubali 2 cast salary? There are various reports that suggest how much actors like Prabhas, Anushka Shetty, Tamannah Bhatia and others were paid for their respective role in the Baahubali franchise. The amount earned by Bahubali 2 director, SS Rajamouli is a secret which is attracting as much attention as the movie’s biggest suspense, why Kattappa killed Bahubali. Bahubali 2 Box Office Collection crosses Rs 500 crore worldwide: Private islands, castles & other things Baahubali team can splurge on post latest BO reports
Also Read - Baahubali Movie Inspired Stunt Claims Two Lives! Tourists From Mumbai Jump to Death at Mahuli Waterfalls

While reports of Prabhas becoming one of the highest paid actors in South India have been doing the rounds, the actual amount paid to various star cast will leave you surprised. Prabhas and Rana Daggubati have each taken a huge chunk of money for the dedication and hard work they have shown in the past five years, but it is director SS Rajamouli who has taken the tag of the highest paid team member of the Bahubali cast and crew. Baahubali 2 has crossed 700 crore business in the past five years according to various box office reports, and the movie has been earning well in India as well as abroad. Here is a list of the lead cast and crew of Baahubali 2 and how much they were all paid. Rana Daggubati is blind in one eye! Bahubali 2 villain Bhallaladeva admits of getting a donated eye in viral video
Also Read - Dangal beats Bahubali 2 on Box Office to become highest grossing non-English Indian movie of all time 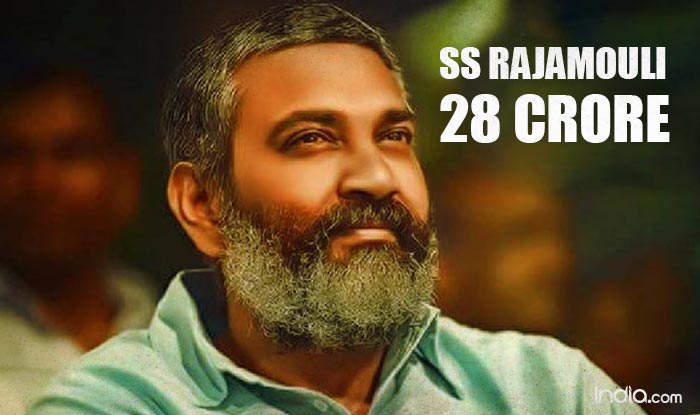 Director SS Rajamouli has been receiving congratulatory messages right from the release of Baahubali 2: The Conclusion. The director and his vision are the key reason for the existence of the Bahubali franchise. According to reports, the director has been paid a whopping Rs 28 crores for his contribution to the film. In addition to this, a DNA report, claims that SS Rajamouli will be getting one-thirds of the profit made by Bahubali movies. 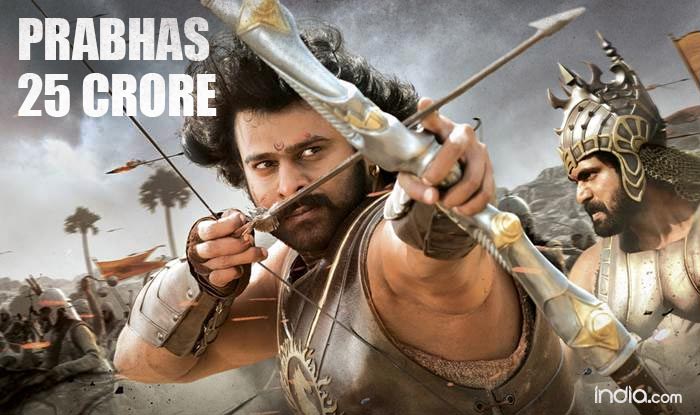 Actor Prabhas has often been coined as the highest paid actor in Tollywood. The dedicated and talented actor gave five years of his life to this movie series and was paid a whopping Rs 25 crore for his hard work. Prbhas did a phenomenal job of bringing the characters of Amarendra Bahubali and Mahendra Bahubali to life and is reported to have charged this hefty price in return. 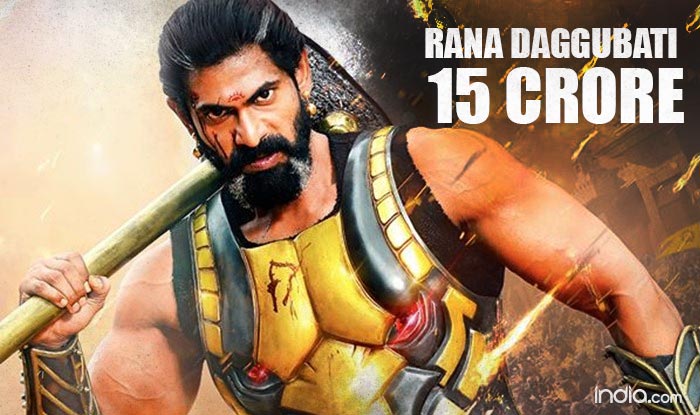 If Bahubali was the most loved character in the franchise, Bhallala Deva has to be the most ruthless and hated character. From killing the innocent for the sake of it to fooling his own mother into some unspeakable crimes, Rana Daggubati did it all in the shoes of Bhallala Dev. And the supremely talented actor is reported to have been paid Rs 15 crore for this negative role. 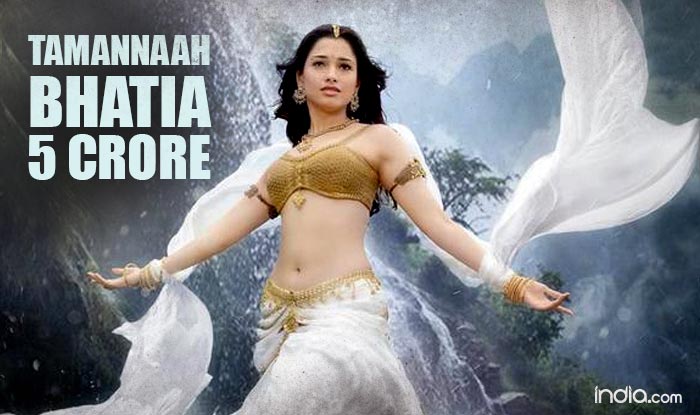 Tamannaah Bhatia had a prominent role in the first part of Bahbali, Baahubali: The Begining and the actress were also seen in some crucial fight sequences in the sequel as well. The role of Avantika was a key part of Bahubali’s journey to Mahishmati, and the actress is said to have charged Rs 5 crore for this crucial role. 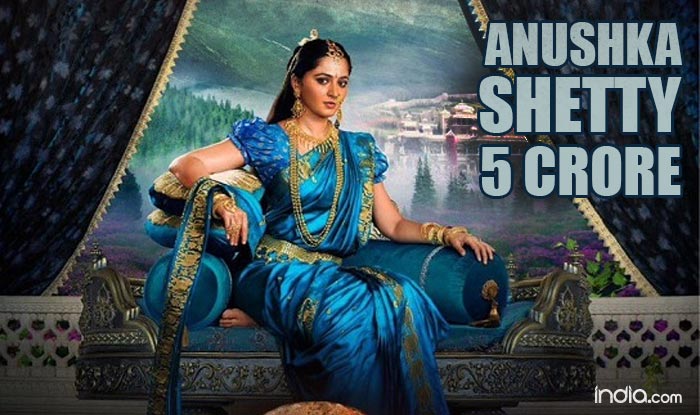 Anusha Shetty was the centre of attention in both the Bahubali movies. While she engrossed and engaged every fan with her battered and sorry look in the first part, leaving them intrigued, she showed off her princess avatar and wooed us all as the young Devasena in Baahubali: The Conclusion. The stunning actress charged Rs 5 crore for this role according to some inside reports. 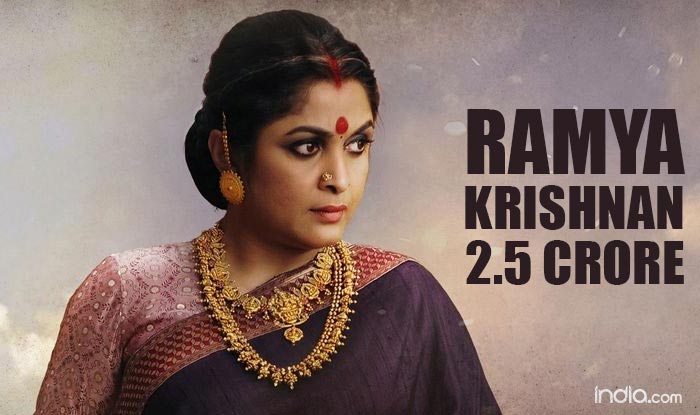 Ramya Krishnan was the brave mother who saved baby Bahubali from the bad guys in Baahubali: The Beginning. The actress played a much more deeper and layered role in the second part, and the actress has been paid Rs 2.5 crore for this part. While the exact amount has not been revealed, this is the amount that has been reported by various sources. 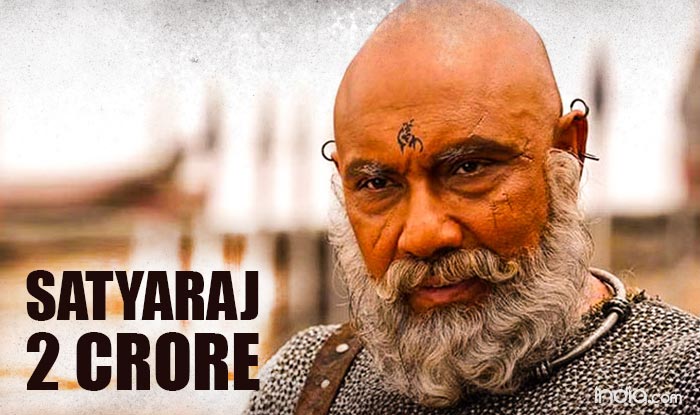 Why Kattappa killed Baahubali was the main reason for the love and eagerness that Baahubali: The Conclusion was welcomed with. And an integral part of this question, Kattappa aka Satyaraj charged a nominally less amount for playing this crucial role as per reports. The actor is said to have been paid merely Rs 2 crore for his role of Kattappa that stirred the suspense and drove the success of Baahubali series. (Photo Credits: Jyoti Desale Pashte)