Prabhas remains Baahubali while Anushka Shetty continues to be beautiful Maharani Devasena and Sathyaraj is Kattappa for the cinephiles.

Bahubali 2 movie fever has gripped the nation. The thunderous response to SS Rajamouli-directed Baahubali 2: The Conclusion symbolizes true meaning of fandom. The maddening craze to know more and more of information about the film’s star cast reflects the interest Bahubali has generated in the masses. When was the last time, you had fans wanting to know about family pictures, romantic relationships or educational qualifications of the actors from a hit movie? While many movies can make or break box office collection records but very few can match the devoted love Bahubali 2 movie is receiving. Prabhas remains Baahubali while Anushka Shetty continues to be beautiful Maharani Devasena and Sathyaraj is Kattappa for the cinephiles. Today we bring the educational qualifications of the Baahubali 2 movie star cast and trust us they are one intelligent bunch of actors. Bahubali 2 movie star cast with their families: Prabhas, Anushka Shetty & others’ pictures with their real life family members.Also Read - Is Prabhas' Salaar Actually KGF: Chapter 3? Spoilers Ahead! 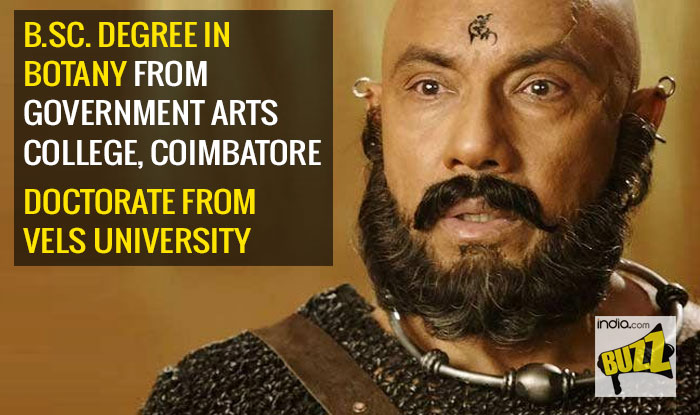 Also Read - 'Maybe They Expect me to be… : Prabhas on Radhe Shyam’s Failure

One of the most impactful and memorable Bahubali characters was that of Karikala Kattappa, the loyal slave to the Mahishmati kingdom. It was portrayed by seasoned actor Sathyaraj. The man who left us in awe of his acting brilliance had an impressive start to his showbiz journey. His mother was against Sathyaraj’s decision to join cinema world. He attended Government Arts College, Coimbatore for the Bachelor of Science degree in Botany and then left for Chennai to try his luck in Tamil film industry. Sathyaraj has also received the prestigious Doctorate from Vels University. Bahubali 2 cast salary: Know how much did Prabhas, Anushka Shetty, SS Rajamouli & others earn from ultimate box office blockbuster Baahubali 2 The Conclusion. Also Read - KGF 2 Actor Yash on Comparison With Prabhas: I Always Avoid 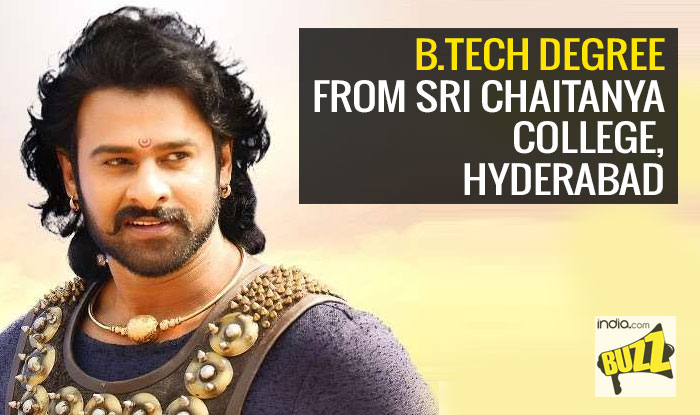 Prabhas aka Amarendra Baahubali and Mahendra Baahubali alias Sivudu has got the girls swoon over him with his majestic acting and presence in SS Rajamouli’s magnum opus franchise. In the two films, he proved to exhibit excellence in every field, much like in real life. The youngest child of Telugu producer Uppalapati Surya Narayana Raju and Siva Kumari, Prabhas earned his B.Tech. Degree from Sri Chaitanya College in Hyderabad before he headed towards cinema world to pursue his passion for acting.  He did his schooling from the DNR School in Bhimavaram. 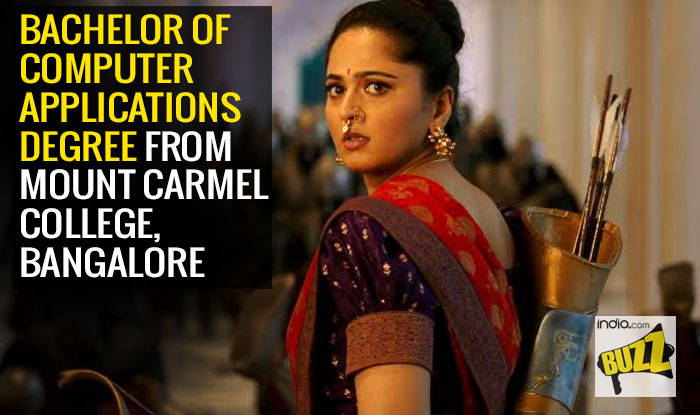 Maharani Devasena of Bahubali series, actress Anushka Shetty came from a non-filmy background. She did her schooling in Bangalore and earned a Bachelor of Computer Applications Degree from the Mount Carmel College in Bangalore. Anushka Shetty is also a certified yoga instructor, trained under Bharat Thakur. Her brother Sai Ramesh Shetty is a cosmetic surgeon. 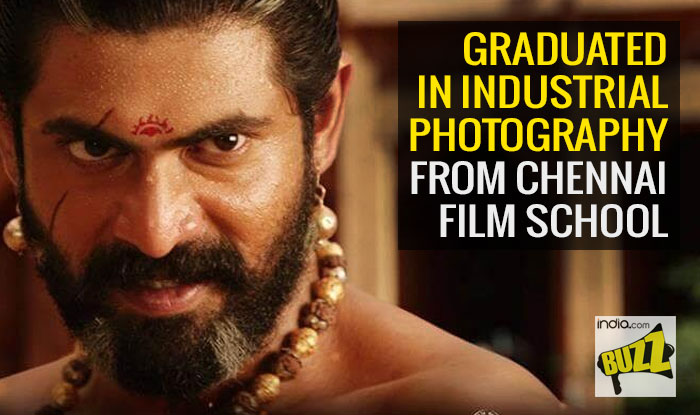 Born to a renowned film producer father Daggubati Suresh Babu, Rana could have encashed the tag of celebrity kid but he opted to work hard to earn the opportunities. Rana Daggubati who played Bahubali’s evil brother and main antagonist Bhallaladeva is a Graduate in Industrial Photography from Chennai Film School. He did his early schooling from Hyderabad Public School. 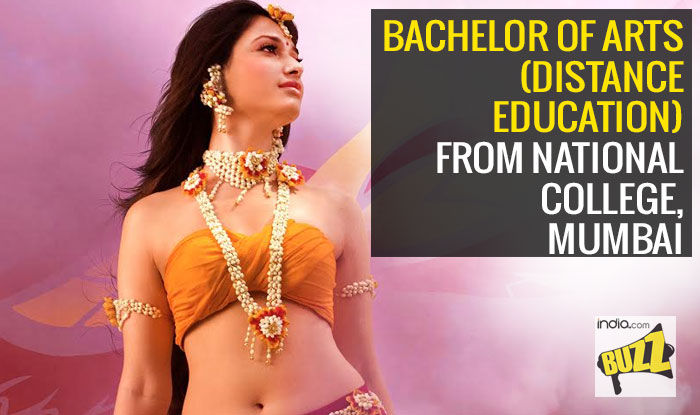 Tamannaah captured the hearts of fans as the beautiful angel of Mahendra Baahubali and as the fiery warrior relentlessly at war to free Maharani Devasena. The actress began her filmy journey at the age of 15 in 2005 with Bollywood film Chand Sa Roshan Chehra. Beginning career at a young age meant sacrificing on the education but Tamannaah ensured to complete Bachelor of Arts (Distance Education) Degree from National College in Mumbai. 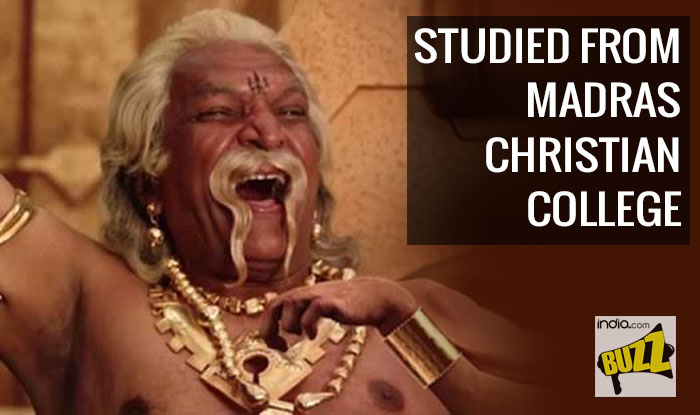 The veteran actor Nassar portrayed the exciting role of evil-minded and spiteful Bijjaladeva, and he made this character stand out. While we are going gaga over Nassar’s role as Bahubali’s horrendous uncle, do you know that the actor had briefly worked in Indian Air Force? He attended Madras Christian College where he was an active member of the Dramatic Society. Nassar finished his schooling from St. Joseph’s Higher Secondary School in Chengalpattu. 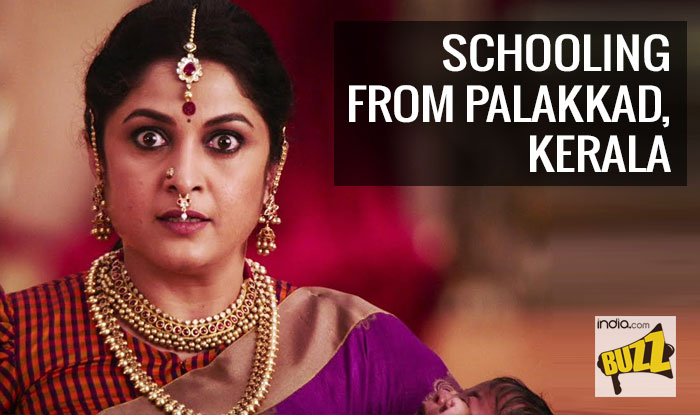 Ramya Krishnan is Rajmatha Sivagami and it will remain one of the memorable female characters in the Indian film industry. The actress who began her cinema journey at a tender age of 13 did her schooling from Palakkad, Kerala. 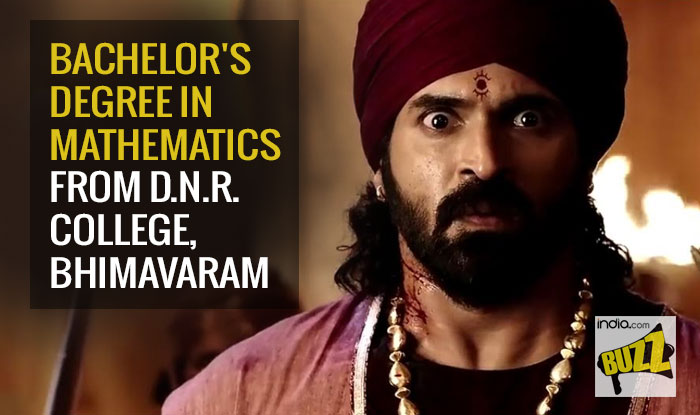 Telugu actor Subbaraju’s role of Kumara Varma showcased numerous variations in the short screen time. From being a coward at the start of the film to become one of the bravest men and a confidante of Bahubali to become a pawn of Bhallaladeva eventually, his role had it all. But do you know Subbaraju’s entry in the filmy world was a mere co-incidence? He had Bachelor’s degree in Mathematics from D.N.R. College, Bhimavaram and was about to join Dells computer company. He was once approached by Tollywood director Krishna Vamsi’s personal assistance to fix a computer. At the director’s residence, he impressed the man to earn a small role in his film’s Khadgam. (Photo Credits: Jyoti Desale Pashte).