The most awaited trailer of the most awaited movie Bajrangi Bhaijaan is out! And we were only excited to see Salman Khan rule the silverscreen in the manner only he can! And here's bhai showing o 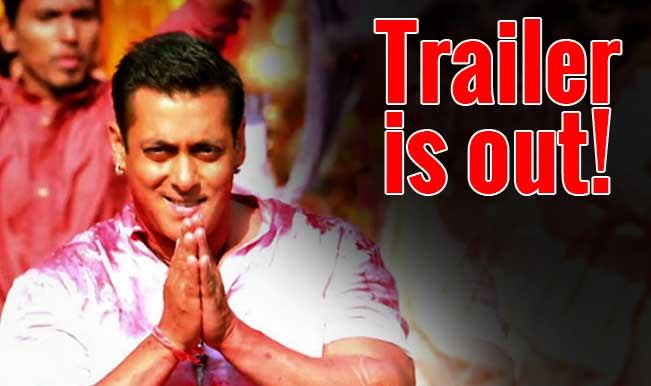 The most awaited trailer of the most awaited movie Bajrangi Bhaijaan is out! And we were only excited to see Salman Khan rule the silverscreen in the manner only he can! And here’s bhai showing off his might as the superstar in this Kabir Khan directorial venture. After working with Salman in Ek Tha Tiger, Kabir presents the meagstar in the most exciting way in this one! Also Read - Vicky-Katrina's Super-Hyped & Secret Wedding Triggers Hilarious Memes on Twitter | 14 Best Ones

When we met Karrena Kapoor ahead of the trailer release of Salman Khan starrer Bajrangi Bhaijaan, the true diva confessed that Sallu is the ultimate superstar of India. Bebo further explained that Sallu is the biggest star majorly because he doesn’t even know how big is his stardom is. He doesn’t flaunt it and doesn’t even talk about it. He just believes in being himself and perhaps that’s what makes him the biggest superstar. One look at this trailer and you will know what Kareena was talking about!  He just plays himself and yet makes the necessary impact (EXCLUSIVE! Kareena Kapoor: Tough times have made Salman Khan stronger; he is the biggest superstar of the country!) Also Read - Salman Khan's Bodyguard Shera's Team to Guard Vicky Kaushal-Katrina Kaif's Wedding Venue While Bhai Stays at Home?

“Na passport hai na Visa lekin vaada karte hain hum Munni ko ghar khudd chorr ke aayenge, “Salman Khan (Pawan Kumar Chaturvedi) roars with his trademark nonchalance. Boy! he simply rocks with his presence in this one, doesn’t he? Fans will agree! Kareena too looks pretty right alongside bhai while Nawazuddin Siddiqui is damn cool with his performance. He is brilliance personified. He captures the desperation of a hassled reporter with remarkable ease. (Check this out! Bajrangi Bhaijaan: Which poster of Salman Khan’s next is your favourite?) But the real star here is the child artist who steals your heart with her cuteness!

The quest that Salman’s character has taken upon himself forms the focus of this tale. He must take the little girl back to where she belongs–her homeland Pakistan. Bajrangi (Khan) will leave no stone unturned to transport the the sweet angel back to Pakistan. Director Kabir Khan crafts an  out-and-out commercial drama laden with actions and emotions. And the fact Salman showcases his full prowess to unleash the much needed entertainment as the protagonist makes this one even more special. We are sure even you will agree!