Eid al-Adha that lasts for three days honours the willingness of the Prophet Abraham to sacrifice his elder son Ismail to God.

Sep 8: Eid al-Adha or Bakra Eid will be celebrated in India on September 13, 2016, as the crescent of Islamic holy month for Zil Hajj was not sighted on September 2 (Friday). The decision was taken by religious leaders as moon was not sighted across India last Friday. September 3, Saturday, will be the 30th day of Dhu al-Qadah, the 11th month of Islamic calendar and Eid al-Adha will be celebrated 10 days later on September 13.Also Read - VIDEO: Ishant Sharma Greeting Mohammed Shami Eid in The UK Will Melt Your Heart

Saudi Arabia’s Supreme Court announced in an official statement that Eid al-Adha will begin on Monday, September 12, and the Day of Arafah, which precedes the Eid festival, will be on Sunday September 11. As the Islamic calendar is based on lunar cycles, Bakra Eid falls on a different date each year. (ALSO READ: Bakra Eid 2016: Government changes official Eid al-Adha holiday to Tuesday as Dhu al-Hijjah month begins late) Also Read - Eid al-Adha 2021: Pair of Goats Sold For Whopping Rs 4.5 lakh in Lucknow, Are Fed Dry Fruits Daily

Hajj 2016 has begun. The Day of Arafah marks the second day of Hajj pilgrimage at the holy site of Mecca in Saudi Arabia. Earlier, Egypt’s Astronomical and Geophysics Institute had announced that the country would celebrate the first day of Barki Eid on September 11. However after Saudi’s announcement, Egypt will celebrate the first day of Eid on September 12. (ALSO READ: Eid-ul-Adha 2016: Bakra Eid will be celebrated in India on September 13, Saudi Arabia declares on September 12) Also Read - Eid-al-Adha 2021: Wishes, Images, Quotes, Whatsapp Messages, Facebook Status, to Share With Your Loved Ones This Bakrid 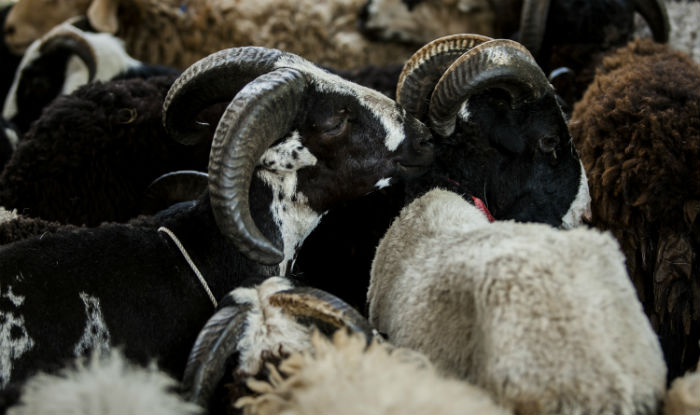 Eid al-Adha that lasts for three days, honours the willingness of the Prophet Abraham to sacrifice his elder son Ismail to God, according to Christian and Jewish texts. God, pleased with Abraham’s submissive nature, intervened and offered a bakr or a bakra – ram – which was sacrificed instead of his son Ismail. In an honour to the divine incident, Eid al-Adha is celebrated for three days. Muslims across the world celebrate the day by sacrificing a goat and dividing the flesh among relatives and friends. They keep one-third of it and distribute the rest to the poor and the needy. Sacrificing of the animal is done between dawn to dusk and that is the only timing to be followed for Bakra Id.

The Central government postponed the official gazetted holiday for Eid al-Adha September 13, after the Imarat Shariah at Phulwari Sharif from Patna declared that the Muslim month of Dhu al-Hijjah began on September 4, and not on September 3, as expected.