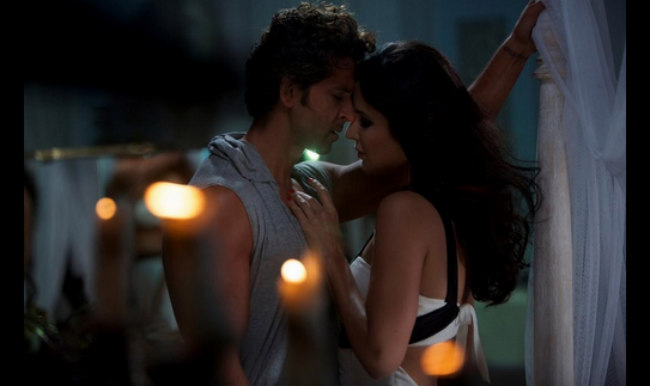 Movie promotions have indeed become an important strategy to attract the attention of the audience. Bollywood film makers have been coming up with innovative ideas to promote their films. While Shah Rukh Khan starrer Happy New Year‘s music launch was covered live on YouTube, Hrithik Roshan’s much awaited movie, Bang Bang‘s title track has been released on the popular radio channel 93.5 RedFm. Also Read - Tiger 3: Salman Khan to Begin Shoot in February? - All You Need to Know About YRF's Film

After a gap of almost two weeks, the title track from this action thriller film has been exclusively premiered on RedFm 93.5, which is the the official partner of Bang Bang. And now the teaser of the track has been released. While Katrina looks smoking hot in black, Hrithik Roshan looks similar to what he looked like in Dhoom 2. Also Read - Tiger 3: Salman Khan, Katrina Kaif Starrer Film to Be Announced on This Date, Here is The Reason For Fans to Rejoice

After Zindagi Na Milegi Dobaara, the hot couple of Bollywood, Hrithik Roshan and Katrina Kaif are all set to sizzle on the silver screens yet again with their forthcoming film Bang Bang. Directed by Siddharth Anand, Bang Bang is scheduled to release on October 2 along with Shahid Kapoor’s Haider.