The Malayalam film industry is currently going through a revolution of what is being called the 'new generation movies'. Film makers who experimented and made movies without the traditional supers 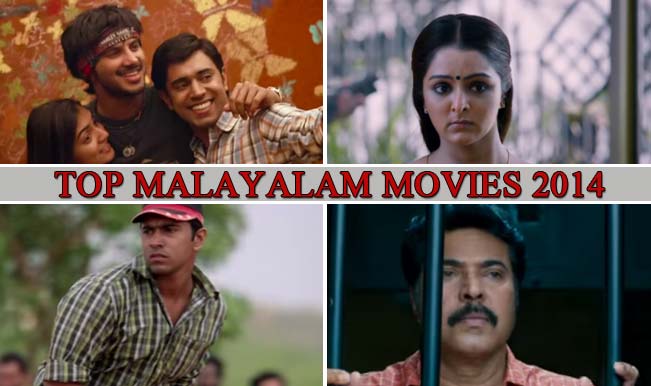 The Malayalam film industry is currently going through a revolution of what is being called the ‘new generation movies’. Film makers who experimented and made movies without the traditional superstars created a huge stir in the industry down south, separating the traditional film making style with the new one. However, recently it was also seen that in some movies, the superstars of Mollywood came out displaying their talent in relatively different characters than usual. 2014 has been a year of many such movies with some being box office hits and others, critically acclaimed. Also Read - Malayalam Film Lyricist Chunakkara Ramankutty Dies at 84 in Thiruvananthapuram

We present to you the Top 10 Malayalam movies of 2014 that might shake up your thinking cells or may tickle your funny bone. With many movies that were eligible for this list, we have chosen the Top 10 movies that are some of the best creations of the year in the Malayalam film industry. Also Read - Malayalam Actor Miya George All Set to Tie The Knot With Bussinessman Ashwin Philip

No Malayalee who has seen this movie needs a description for it. This romantic drama was reviewed by many as a recommended watch. Starring young and vibrant actors of the industry, Bangalore Days redefined the meaning of friendship and relationship in a different way. The movie portrayed the need to unshackle from one’s own self, while at the same time amde the audience understand the need to hold on to various things in life. The romantic drama also touches upon various social norms we are tangled in. Read-Dulqueer Salmaan: Top 5 new generation movies that boasted stunning looks of Mammootty’s son

This suspense thriller made everyone hold their breath with the extremely well crafted storyline. 7th Day was known for holding the suspense element till the end without any mistakes in the story. This movie is indeed one of the best Malayalam suspense movies received this year. For people who love to wait till the end to know the mystery, this film has been perfectly made.

How Old Are You being a comeback of actress Manju Warrier after 14 years into the industry was a highly anticipated film. This was one of those rare women-centric films made down south. Revolving around the ups and downs of a woman’s life, it showcased what could be described as the life of most women in the country. It talked about womenfolk who have set aside their dream in order to fulfill family aspirations. The movie emphasises the importance of dreaming big.

Apothecary is an eye-opener, which will tell you the cheap state of multi-speciality hospitals in the country, or may be the world. Some parts of the movie will shock you to the core – like illegal things meted out to patients. The behaviour meted out to terribly ill patients by various hospitals without considering human emotions is portrayed brilliantly in the movie. Apothecary again goes into the list of rare movies made in Indian cinema which may go unnoticed at the box office and yet give out a strong message.

Based in the Emergency period, the story revolves around the lives of people who suffered in the hands of many. Based in the picturesque place of Munnar in Kerala, the movie has beautifully captured the essence of the great tea plantations in the state. The story tells how Indians unwillingly worked for the British and the dire consequences they had to face in the process. Brilliant camera work, great direction, thought-provoking storyline are what makes Iyobinte Pusthakam one of the best Malayalam movies of 2014.

Although Ohm Shanthi Oshaana revolves around teenage romance and love triangles, the movie does not bore you with any intense drama. It gives you the taste of innocence and simplicity and will take you for a tour of your childhood memories. The story is usual about a girl who gets married to her Prince Charming, but the description, narration and cinematography will grip you till the end.

The concept of India being a cricket nation is accurately explained in this movie. The importance of the passion and dedication towards one’s dreams is described in the right sense. The movie talks about the fire that sparked in young Indians after India won the 1983 World Cup. Knitting together the effort to many people the story goes on a roller coaster ride when the lead role succeeds in making his son a talented cricketer.  The movie cannot be tagged as just a sport film, it goes beyond that to express the game and its things that go unnoticed in the process.

One of Mammootty’s masterpieces, Munnariyippu’s mystery story goes through infrequent pace throughout the story. It is in the last five minutes that you will be shocked astonishingly seeing how the movie ends. With stellar performances and great teamwork around the film, Munnariyippu is a great watch. You will be left talking about the movie all over again as an effect of how it curled up.

Starring Malayalam industry’s heartthrob Dulquer Salmaan, Njaan shows the political scenario in Kerala through one of the most innovative concepts. Featuring young minds, the movie gives the message of the importance of humanity. Though talking loudly about various political situations, the movie focusses on the importance of humanism that is usually lost in the materialistic world.

Varsham is another critically acclaimed movie. Mammootty’s perfection in acting shows how ambitions of parents crush their children, leaving them helpless. In a subtle way, the movie questions how parents in an effort to look great in front of their peers or to show off to society, pressurise their children to perform. This is like one of the family movies usually made in Malayalam but with a new flavour to it.

So we can conclude that 2014 has seen many great movies from the Malayalam industry. It saw a mixture of ‘new generation movies’ along with family movies with age-old concepts. The movies have brilliantly revolved around real-life incidents letting the audience connect to them. With the year coming to an end, we expect more such movies to rock the Malayalam industry in 2015.