President Barack Obama recently replied to a letter from a young lady, Yasmeen, who advised him to stop wars. 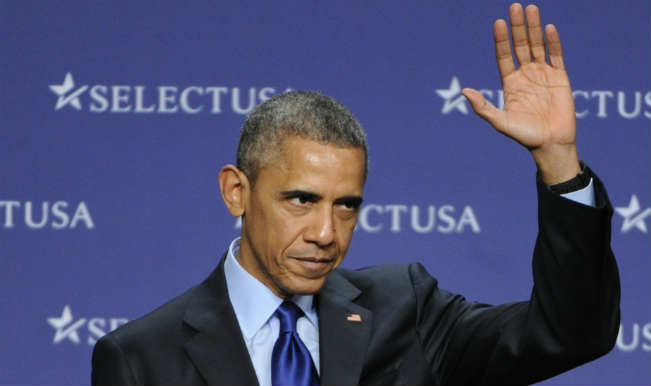 Washington, May 28 :President Barack Obama recently replied to a letter from a young lady, Yasmeen, who advised him to stop wars. The five-year-old, in her letter, asked the President to stop the war for our world and instead have a meeting, E! Online reported. She also requested him to give a speech instead, to tell everyone that they can marry who they want. Also Read - Barack Obama Administration Knowingly Funded Al-Qaeda Affiliate: US Report

Responding to the young lady’s letter the Commander in Chief tweeted, “@DrFahmida tell your niece I really like her letter” and “Couldn’t agree more.” Dr. Fahmida, Yasmeen’s aunt, was the first one who posted the letter on Twitter, and since then the tweet has gone viral. Replying to the arguments that arouse in favour and against of the girl’s letter , her aunt commented that they stand by the beautiful message and what it meant for a 5-year-old to believe her voice matters. (READ: Obama Names Yale Professor to Key Administration Post) Also Read - Obama, Bush, Clinton: These Former US Presidents Want to Get COVID Vaccine Publicly | Here’s Why